What alternatives should I consider to a used Volkswagen Touran MPV?

For a time, the MPV sector was booming, and cars like the Touran seemed to be about to take over the world. Then, not long after, the SUV boom started, and buyers switched their affections to that class of car instead. However, in the interim period, there were plenty of rivals to the Touran launched.

The Citroen Grand C4 Picasso is a spacious and practical car with superb visibility, a commanding driving position and a range of punchy and economical engines. It's one of our favourite MPVs, even if its ride quality is a little below par, and the rear seats are fiddly to fold.

The Vauxhall Zafira Tourer has been around for some time, and the closely related Vauxhall Zafira even longer. The Tourer is the better drive, of the two, with a classy interior, decent space for its passengers and their luggage and it's also well built. Stacked against that, the middle-row seats are tricky to move and its rivals are cheaper to run. It's a good second-hand proposition, though, as there are many cheap cars now on the used market.

Cheaper rivals to the Touran include the Kia Carens, a bargain MPV with seven seats and a seven-year transferable warranty from new. Larger rivals include the Ford S-Max, a better car to drive than most MPVs, with a comfortable ride and room for seven, although it's higher used price and comparatively high CO2 emissions might count against it. 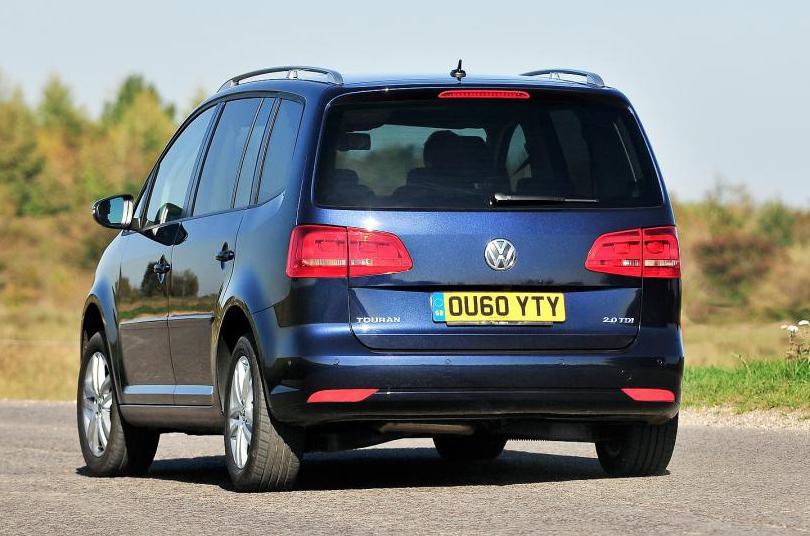