What used Volvo S40 saloon will I get for my budget?

How much does it cost to run a Volvo S40 saloon?

Rarely have sellers of S40 saloons been injured in a stampede of eager buyers. Find a private seller of a tidy, late model S40, who recognises the reality of the market and you could be on to a bargain.

That low price will be handy, too, because insurance starts at group 17 - quite high considering a similar-sized, but better-built Volkswagen Bora can be insured from group 13 upwards. The most expensive S40 to insure is the T4, which commands a group 32 rating.

The T4 is the thirstiest engine, too, and its fuel economy will easily drop to the low 20s when used hard. However, the Mitsubishi-built 1.8-litre GDI engine - which joined the range in 1998 - gives good economy at 41mpg, while the diesel engines range between 50 and 52mpg. 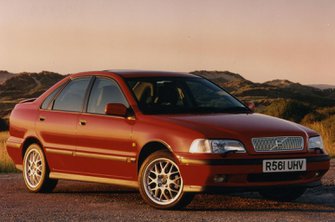