Which used Volvo S80 saloon should I buy?

The best engine choice for the Volvo S80 is the D5 five-cylinder turbodiesel. It was introduced in June 2001, but in S trim only, and its good fuel economy and strong, 163bhp performance made it a big hit with customers. A more powerful version was introduced in May 2005.

Don't be put off by the S badge, because even the base S80 is a well equipped car, with climate control, side airbags, anti-lock-brakes, remote central locking, alloy wheels, CD player and an electric sunroof. But, if that's not enough, SE (available from August 2001) provided leather, a trip computer and front foglights.

Other than the D5, you might consder the five-cylinder, 140bhp 2.4-litre petrol, but it can feel overwhelmed when the car is fully laden. The 170bhp version provides more punch. 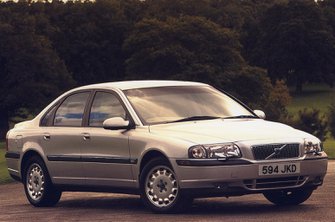