The Volvo XC40 Recharge Pure Electric’s dimensions are relatively compact and city-friendly, but there’s still plenty of space inside. There’s lots of head room in the front, even with the space-sapping panoramic glass roof fitted to top-spec Pro models. You won’t be clashing elbows with your front passenger, either, because the interior is reasonably broad.

It’s full of thoughtful details, too. You get a pop-out rubbish bin between the front seats and carpeted door pockets that are each big enough to take a laptop or two large bottles of water, plus there are sliding drawers under the front seats.

The XC40 Recharge is roomy enough in the back for taller adults to sit comfortably without their heads brushing the ceiling or their knees bashing the seat in front. It’s roomier than the Kia e-Niro, although the Audi E-tron and Tesla Model 3 are even more spacious.

Thanks to a relatively wide rear bench, three adults can sit side by side fairly easily, with plenty of space under the front seats for their feet. The middle passenger’s legs will need to straddle a fairly big hump in the floor, though.

Those in the rear benefit from reasonably big door bins and there are also cupholders in the central armrest. Overall, it has no less interior space than any other XC40.

Split-folding rear seats are standard in the XC40. However, the seatbacks are split 60/40 rather than the more versatile 40/20/40 arrangement that you get in the E-tron. You can’t fold or slide the rear bench, but that feature is a rarity in the electric car class. 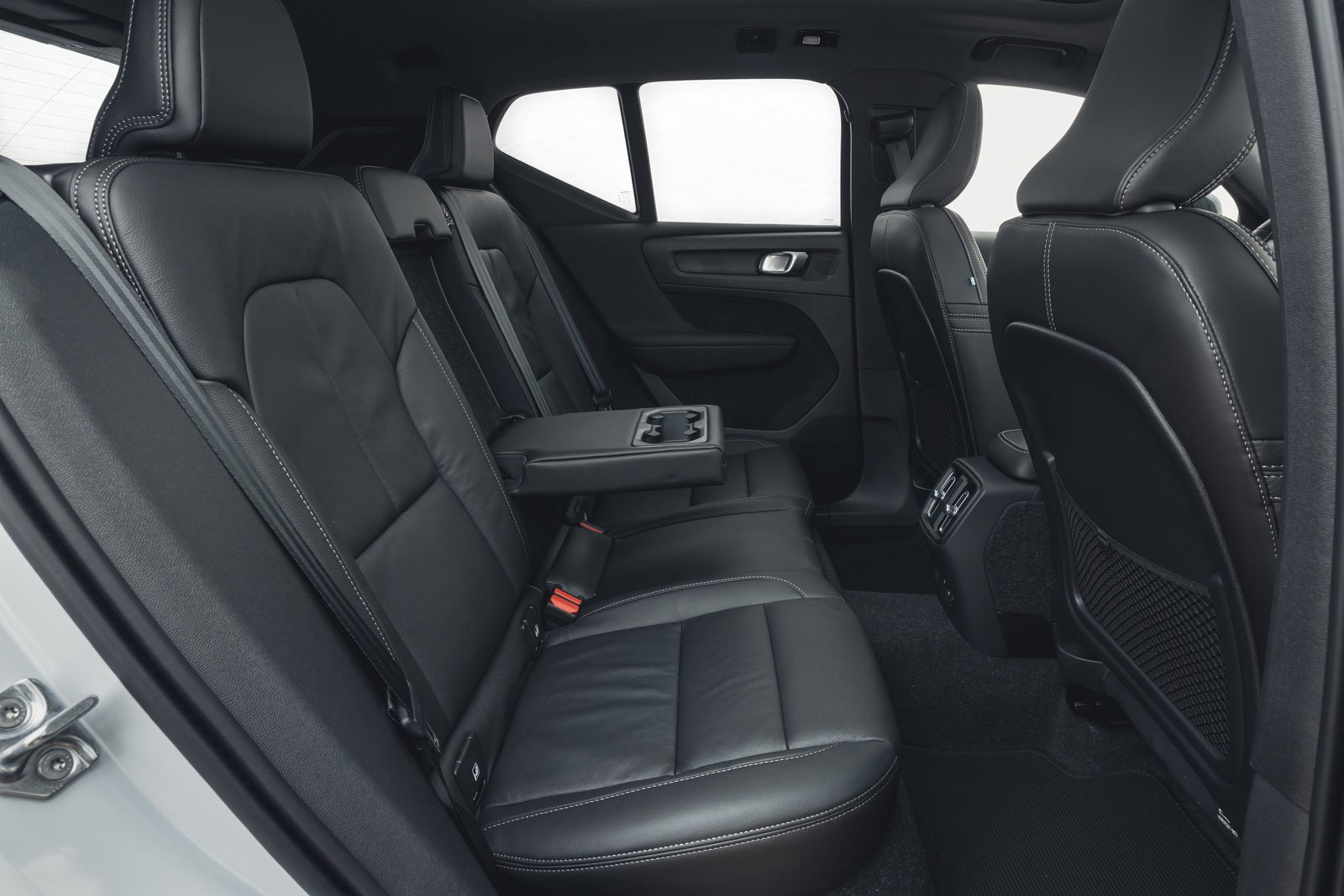 The Volvo XC40 Recharge Pure Electric's 452-litre boot is bigger than the Kia e-Niro’s but smaller than the Volkswagen ID.4's. The load bay has usefully square proportions that make packing super-easy, and there’s also a large underfloor storage area.

We managed to squeeze seven carry-on suitcases below the parcel shelf in the regular XC40, and the electric version has the same boot capacity. The Volkswagen ID.4, by comparison, can take nine, the Jaguar I-Pace seven and the Kia e-Niro five. There’s no lip to negotiate at the boot's entrance and a flap midway along the boot floor can be clipped up vertically to prevent smaller items from sliding around. There’s also an electric tailgate and handy hooks from which you can suspend shopping bags.

With no petrol engine under the bonnet, the Recharge Pure Electric has an extra storage compartment you wouldn't find in the regular Volvo XC40. At 31 litres, it’s not huge, but it is handy for storing the charging cables.