What used Hyundai Getz hatchback will I get for my budget?

How much does it cost to run a Hyundai Getz hatchback?

Even the youngest examples in a high spec can be picked up for considerably less than buyers will pay from new, and when you consider the amount of car you get for your money, the Getz is a real bargain.

The low-powered diesel gives the best consumption at 62.8mpg, and while the oil burners are the costliest versions to insure, they're still very reasonable at group 5. The old 1.6-litre petrol gives the worst fuel economy, and even that isn't bad at 44mpg.

Servicing the Getz won't be particularly cheap, though. Even the more desirable cars in the class, such as the Honda Jazz, cost less to maintain. 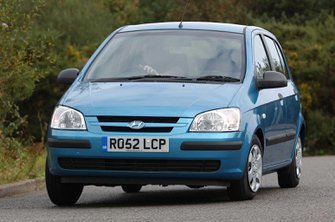