What used Mazda 3 hatchback will I get for my budget?

How much does it cost to run a Mazda 3 hatchback?

The 3 won't be as cheap to own as some, but should be good value. Expect it to cost more to service than a Ford Focus or Vauxhall Astra, although you can cut costs by taking it to a good independent garage rather than a franchised outlet. The car is straightforward to work on, but don't expect any garage to be familiar with it: find a non-franchised workshop that specialises in Mazdas.

Some spare parts are expensive, but because of the make's excellent reputation for reliability, you shouldn't need to shell out too often. Insurance is cheap: most models qualify for group 5 cover, although the 2.0 is in group 8 and the 1.4 S drops you to group 3. 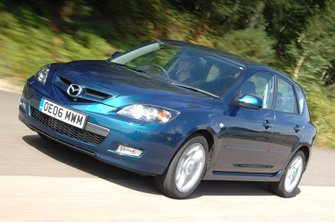