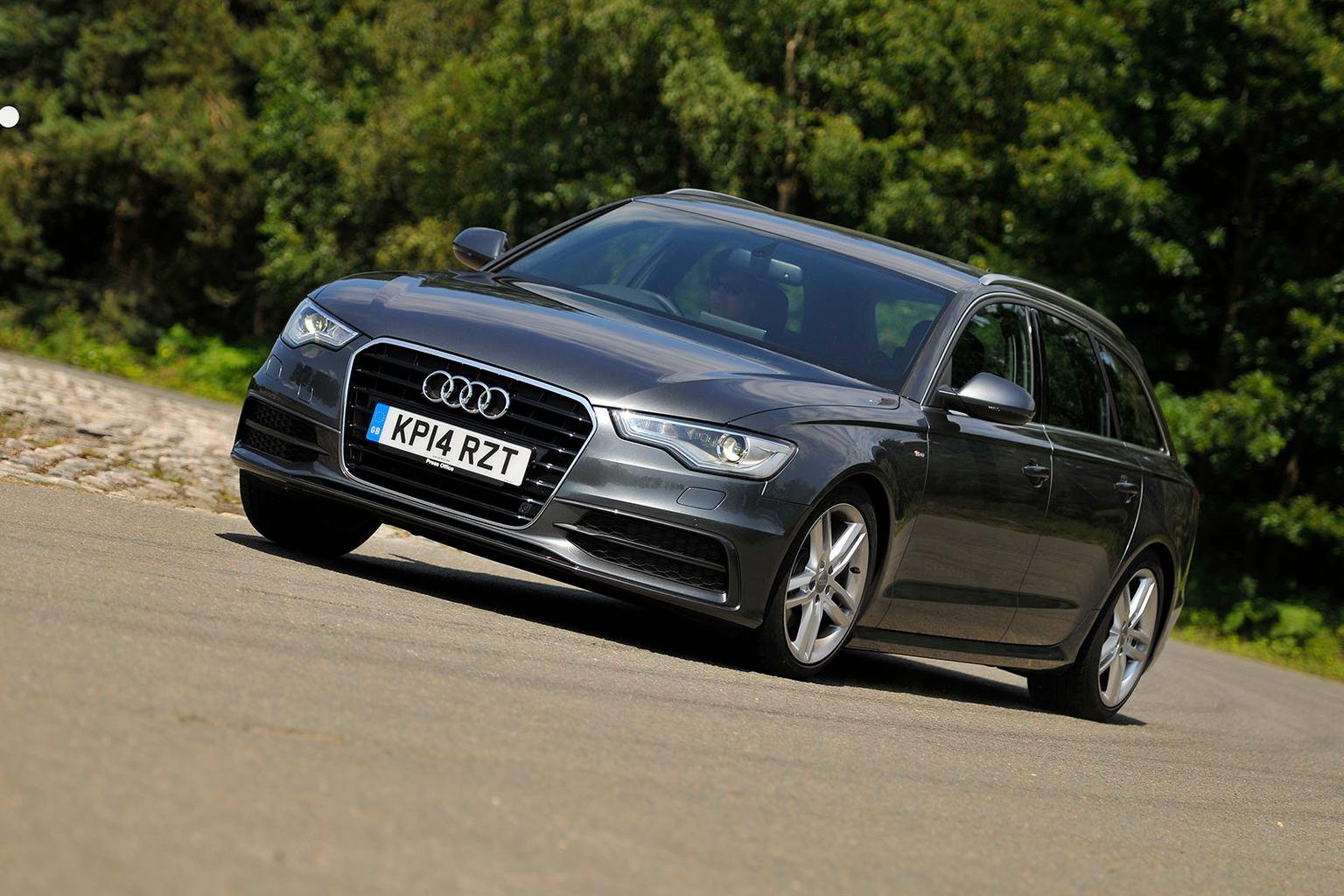 The Audi A6 Avant Ultra is the estate version of the cleaner, leaner diesel saloon that we tested a few months ago. It has a 187bhp 2.0-litre four-cylinder diesel engine, front-wheel drive and a seven-speed automatic gearbox (there's also a manual, but its figures aren't any more impressive).

The engine and transmission tweaks are enough to lower the A6 Avant Ultra’s CO2 emissions to an impressive 119g/km; by comparison, the old 175bhp model that this car replaces emitted 135g/km.

The Ultra engine also meets the strict Euro 6 rules, which limit the amount of harmful NOx emissions that diesel engines are allowed to produce.

As with the saloon, the A6 Avant Ultra is available in three trim levels - SE, S line and Black Edition. We tested the S line.

It's one of the most accomplished cars that Audi makes - and that’s some achievement when you consider that the A6 is now more than three years old. For starters, the engine is very smooth and refined; you’d be hard pressed to tell that it’s a four-cylinder unit and not a V6.

The engine’s power delivery is flexible, with more than enough grunt and pulling power low down to not leave the A6 Avant gasping. The transmission helps too; its shifts are fast and extremely smooth, and its software is smart enough to make sure it rarely gets caught in the wrong gear anyway. You can also use steering wheel-mounted paddles to shift manually if you prefer.

The suspension isn’t flawless - it can still be caught out by big potholes, which do get transmitted as a thunk through to the cabin - but mostly it’s comfortable enough. We’d advise that you test an SE before committing to the firmer S line set-up, mind you. There’s also a bit of road rumble, but wind noise is well suppressed, even at motorway speeds.

The steering disappoints, though. It’s too slow and doesn’t communicate enough of what’s going on at the front wheels. In this area in particular, the A6’s dynamics are a step behind those of a BMW 5 Series.

Very smart. The A6 is ageing well, with materials that still look fresh and luxurious, and build quality that’s still good enough to impress in the executive market. The fascia has a few too many buttons but Audi’s MMI infotainment system – a central screen, operated by a dial between the front seats – is easy to use and fast to respond to inputs.

There’s plenty of room for two adults up front, and the driver will have no problem getting comfortable, thanks to the wide range of adjustment on the seat and a steering wheel that adjusts for height as well as rake.

Three adults will find it a slight squeeze in the rear, but there’s bags of room for two grown-ups. The boot is a decent shape, and at 565 litres with the rear seats in place (and 1680 litres with them folded down), its overall capacity is very slightly up on a BMW 5 Series Touring’s. It’s no match for a Mercedes E-Class Estate, mind you, either in outright capacity or actual useability.

There’s no arguing with the standard equipment list, though; every A6 gets leather seats, sat-nav, a DAB radio and cruise control as standard. Your local dealer will have a lengthy options list for you to peruse, too; you’ll need to be careful if you want to avoid sending the final price skywards.

There are plenty of reasons why you should consider the A6 Avant Ultra. It’s extremely refined, has a gorgeous, practical cabin and is plenty quick enough for everyday use. That headline CO2 emissions figure of 119g/km is pretty astonishing, too, for a car of this size; it’s worth remembering that while Lexus’s GS300h hybrid can beat the A6 Ultra saloon on tax bands, there’s no estate version of the Japanese model.

If there’s a fly in the ointment it’s BMW’s excellent 5 Series Touring, which has a couple of versions - 520d and 518d - which dip under the 120g/km mark too, even with an automatic transmission. The BMW is a little more expensive but given that this model will soon get the company's next generation of 2.0-litre diesel engine – a unit that’s already impressed us in the face-lifted X3 – we think you’d be advised to take a test drive in the 520d Touring before committing to the A6 Avant Ultra.