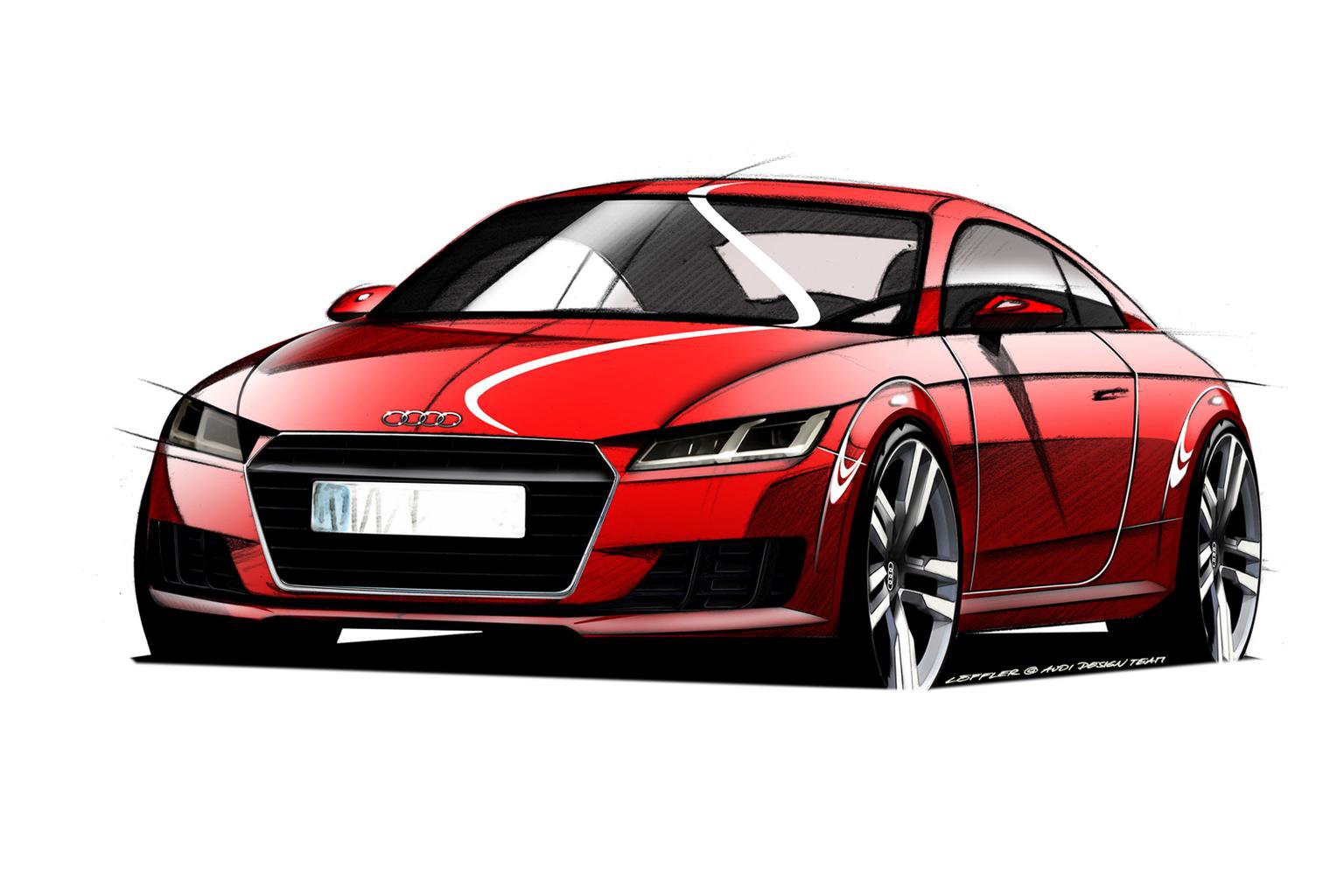 This is the best look yet at the new Audi TT, previewed in these official design sketches ahead of its debut at the Geneva motor show in March.

The new TT has a large hexagonal grille, previously showcased on the Sport Quattro and Allroad Shooting Brake concepts. There are also sleek, angular headlights, which can specified with standard LEDs or the Matrix LED system seen on the new A8 limo.

The other notable change is that Audi’s four-ring badge now sits on the leading edge of the bonnet, rather than within the grille. The dividing struts in the headlight casings are the reflectors for the daytime running lights.

The rest of the car includes the familiar TT styling cues. Sharp creases in the bonnet extend from each headlight to the A-pillars, while a sweeping waistline runs from the wheelarches to the back of the car.

The raked roofline joins the boot leaving a small lip, which gives the car a notchback side profile. There's also a slight kink near the rear pillar, whereas the current model’s roofline tapers to a single point.

At the back, new tail-lights include the same dividing struts as the front lamps. These reflectors are always on, and act as the rear daytime running lights.

Most TT models will get two exhaust tail pipes within the rear diffuser, although they’re closer together on the new car. Like all other Audi S models, the TTS will have dual twin tailpipes.

Audi has already revealed the production-spec interior of the new TT, which will be the first car with the company’s ‘virtual cockpit’. The uncluttered design removes the central information screen in favour of a large 12.3-inch TFT monitor behind the steering wheel.

The TT also gets the large rotary bezel MMI controller with an integrated touch-pad on top, as seen in the most recent Audi models. The turbine-style air vents now have integrated temperature controls, while the blowers at each end of the dashboard can adjust the heated seats.

The new Audi TT will be unveiled at the Geneva motor show. Visit whatcar.com from 7pm on March 3, 2014 to see the first pictures and more details.