Heavily updated Ibiza gets cleaner engines and a new interior. It goes on sale in the UK this autumn... 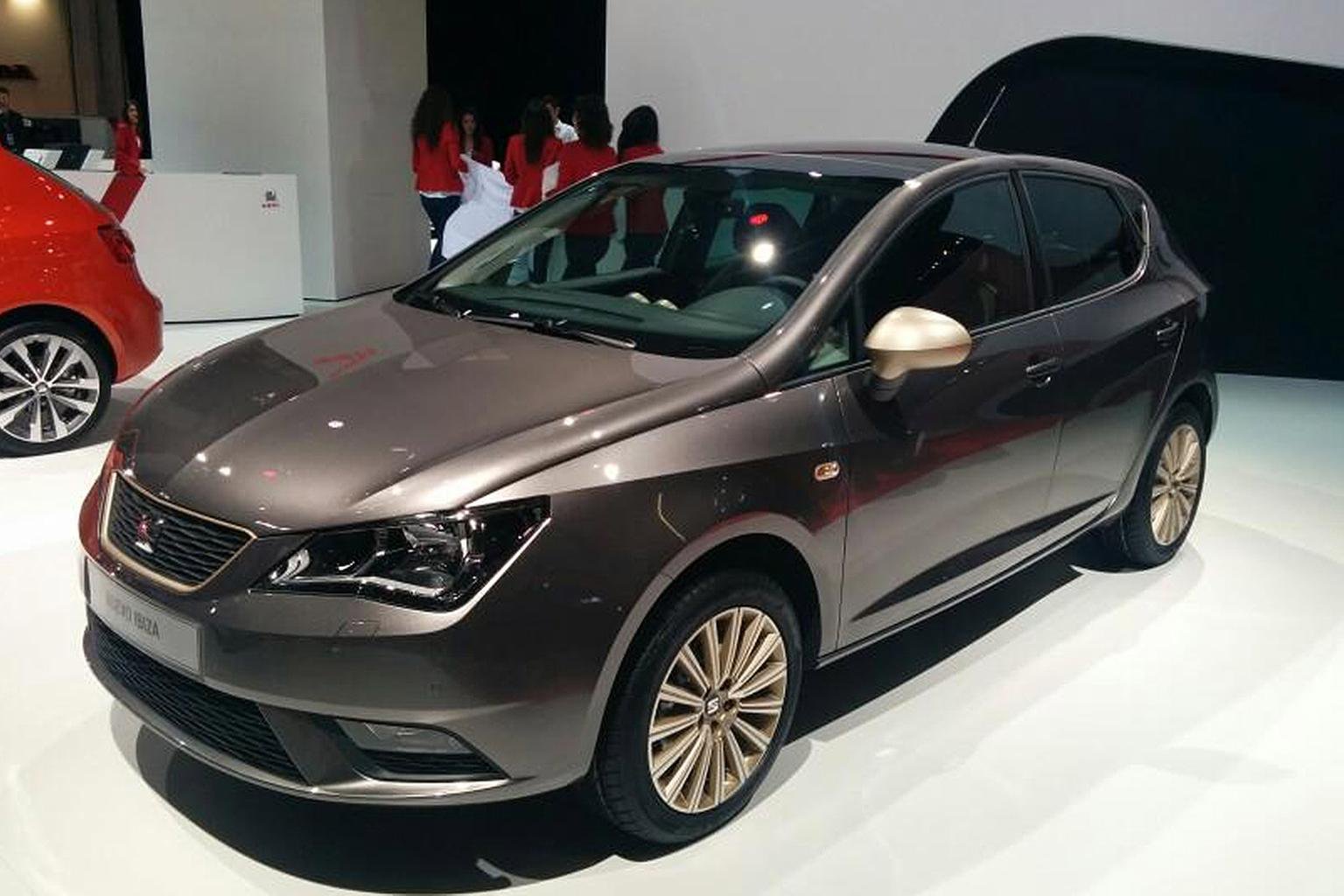 Seat's facelifted Ibiza will reach the UK this autumn, bringing with it a range of cleaner engines and a heavily updated cabin.

Seat's mass-market Ford Fiesta rival, which will continue to be offered in three-door SC, five-door hatch and ST estate forms.

This mid-life facelift brings only the mildest of tweaks to the exterior, with upgraded headlights that now include LED daytime running lights, new alloy wheel designs and new paint options.

Seat says it has revised the Ibiza's suspension settings for better comfort, while adaptive dampers have now been added to the options list, allowing the car to operate in either comfort or sport modes. The steering has also been changed to a speed-sensitive electrically assisted set-up.

This is where the biggest changes have been made. Most notable is the fact that the Ibiza now gets some of the VW Group's latest three-cylinder petrol engines.

The entry-level powerplant is the 74bhp 1.0-litre motor that’s already seen extensive use in the Up, Mii and Citigo city cars. However, the Ibiza is the first VW Group product to get turbocharged versions of the same engine, with 89bhp and 109bhp.

Seat has yet to release any detailed performance or efficiency data, but it has revealed that the turbocharged 1.0 engines will produce 118lb ft and 148lb ft respectively, and that the more modest of the two motors will emit 94g/km of CO2.

The Ibiza will also be offered with the VW Group’s 1.4-litre turbocharged four-cylinder ‘ACT’ engine, which features cylinder-on-demand technology. It’ll be one of the most potent motors in the revised line-up, with 148bhp, but Seat claims it will return nearly 60mpg.

The diesel line-up is also new, with a 74bhp 1.4-litre three-cylinder unit that emits 88g/km, and two more powerful options, with 89bhp or 104bhp.

The cabin gets a range of improved materials, with soft-touch plastics on the dashboard and, on all but the entry-level S editions, a central touchscreen for the revised infotainment system. Optional colour packs will bring some of the exterior shades into the cabin, with coloured highlights around the air vents and insets in the steering wheel.

The new infotainment set-up brings the Ibiza up to the same level as the VW Polo and the recently launched Skoda Fabia. DAB radio is now available and buyers can also add MirrorLink, which runs approved apps on your smartphone but allows you to control them via the car’s interface.

Seat has yet to reveal official pricing for the updated Ibiza, but we'd expect it to stay broadly in line with existing models. That means a starting price of around £11,500 for a 74bhp three-cylinder three-door model in S trim, rising to around £12,500 for the same model in SE guise.

Key rivals for the Seat Ibiza in this market are the Ford Fiesta and Volkswagen Polo.The Fiesta is currently the best-selling car in the UK, and holds a five-star rating on What Car? The Polo, meanwhile holds a four-star rating.