The Kia Optima Sportswagon PHEV is a plug-in hybrid version of Kia's estate. Does its promise of impressive fuel economy, a 38-mile electric-only range and low company car tax make it a good buy?...

Kia’s portfolio of electric and hybrid cars just keeps on growing. Last year, a plug-in hybrid (PHEV) version of the Optima saloon went on sale in the UK, joined shortly after by the hybrid and plug-in hybrid Niro SUV. Of course, the electric Soul EV has already been on sale for three years, and Kia has more EVs in the pipeline.

Joining this wave of green models is a plug-in hybrid version of the Optima estate: the Kia Optima Sportswagon PHEV. It's fitted with the same 2.0-litre petrol engine as the saloon Optima PHEV, but has a slightly bigger electric battery. However, the two models' performance and fuel economy are almost identical.

There are the usual heady claims of a usable pure electric range (33 miles from a full battery, according to Kia) and sky-high official fuel economy of 201.8mpg, but how does it stack up in reality?

The Sportswagon PHEV has many familiar traits to other plug-in hybrids. In town, you’ll be grateful for its quiet interior, with only a bit of road noise and the gentle whirring of the electric motor to contend with. Performance off the line is brisk, too.

Get to around 30mph and the transition from electric motor to combustion engine is pleasingly seamless, unless you really boot it, in which case the automatic gearbox tends to hold on to lower gears for too long.

The steering is light but a bit vague, and while the low-speed ride is a bit busy, the car settles down on flat motorways. You can feel the PHEV’s extra weight on twisting country roads, though.

The PHEV is around 200kg heavier than the standard Sportswagon, and that means it's less agile, despite mechanical alterations such as larger brakes and tweaked suspension designed to help. In fact, while the brakes are bigger they're also grabby, especially at low speeds.

As with most plug-in hybrids, Kia’s official figures are wildly off what you’ll achieve in real life. During our testing on mixed roads, the Sportswagon PHEV managed 50mpg instead of the claimed 201.8mpg, while the electric-only range will be more like 20-25 miles in everyday driving. 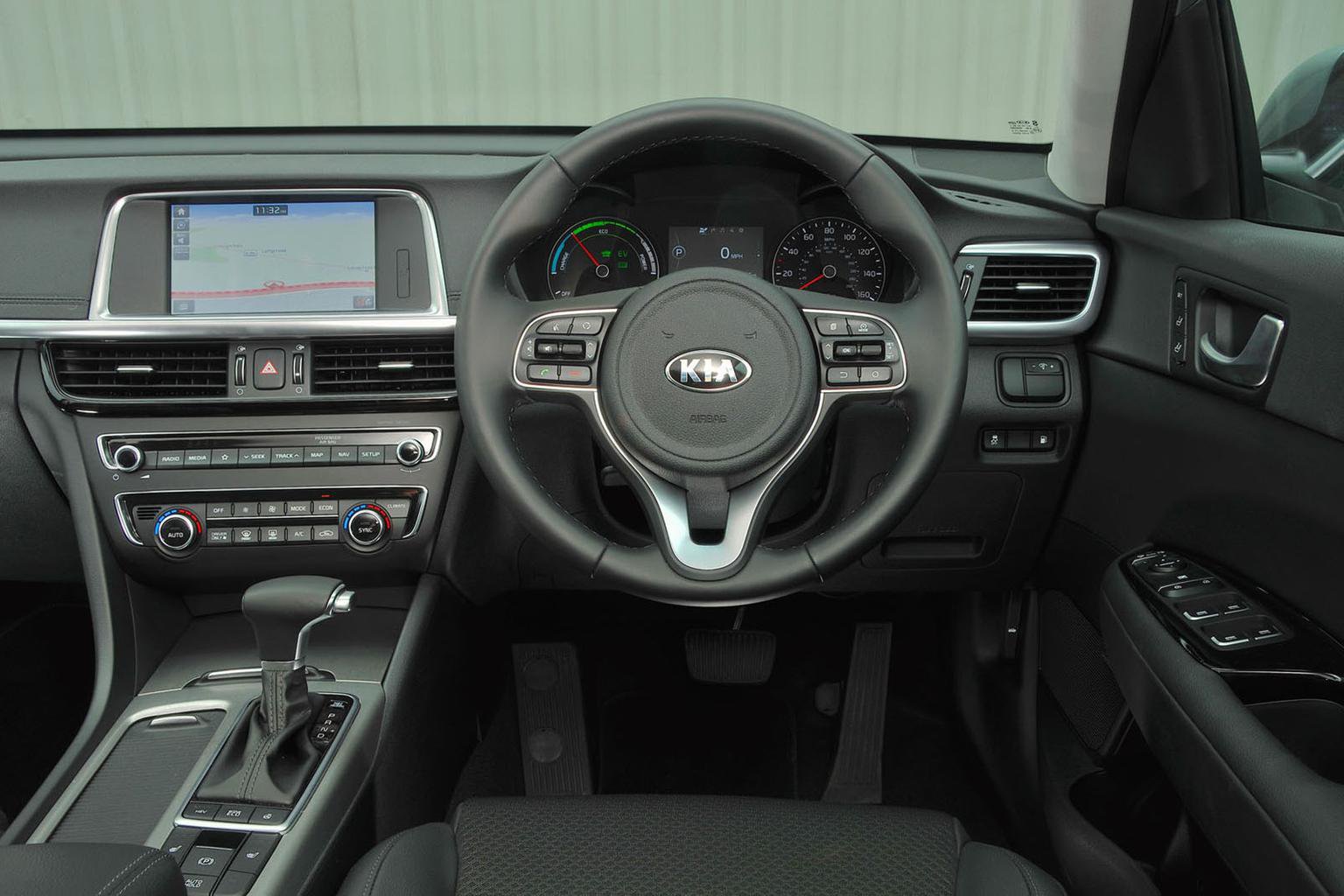 The Sportswagon PHEV is only available in one trim, based on Kia’s mid-spec 3. It gets you an 8.0in touchscreen with sat-nav and Apple CarPlay and Android Auto smartphone mirroring, plus a seriously punchy Harmon Kardon sound system, a reversing camera and a wireless phone charging system. That's a generous amount of kit.

Although not up there with the best in class for fit and finish, the interior is still an impressive effort, with decent-looking materials in the areas of the dashboard you interact with. Overall, the Optima's interior is some way behind the polished look and feel of the rival Volkswagen Passat GTE's, but that car is more expensive.

In terms of practicality, you won’t want for space in the front, and there’s very generous head and leg room for rear passengers, too. There is a space penalty in the boot compared with the standard Sportswagon to accommodate for the PHEV's battery, but only of 15 litres, so there's still plenty of room for your cargo. 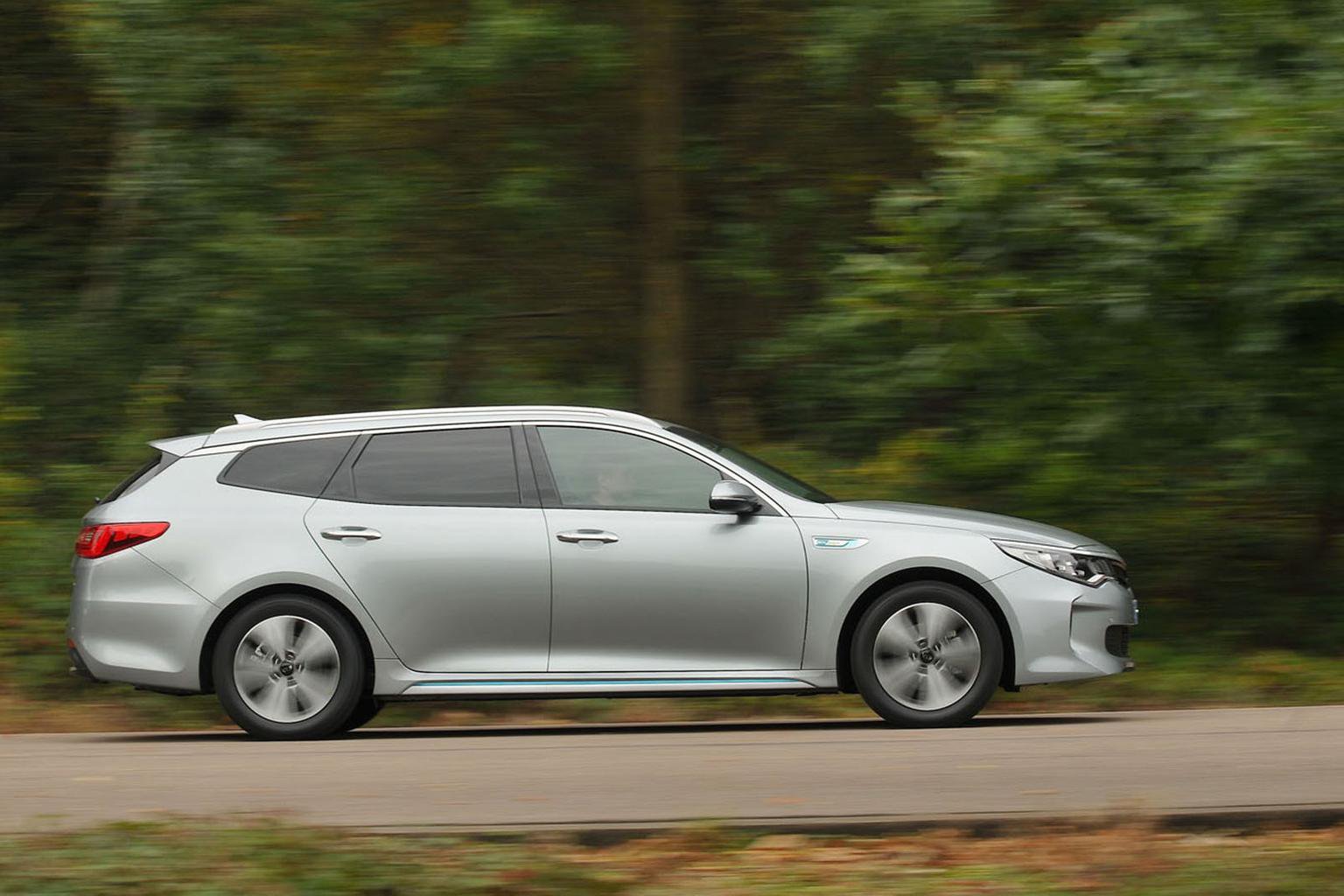