More for you |
Coronavirus causes MOT test confusionIs it worth buying an extended warranty?Should I SORN my car during the coronavirus lockdown and how do I do this?True MPG: most efficient prestige SUVsBest and worst older large SUVs for reliability
Home
First drive
2018 Audi Q5 3.0 TDI review - price, specs and release date
first drive

The Audi Q5 3.0 TDI appears to have a tempting blend of performance and fuel economy. Can it live up to this promise?... 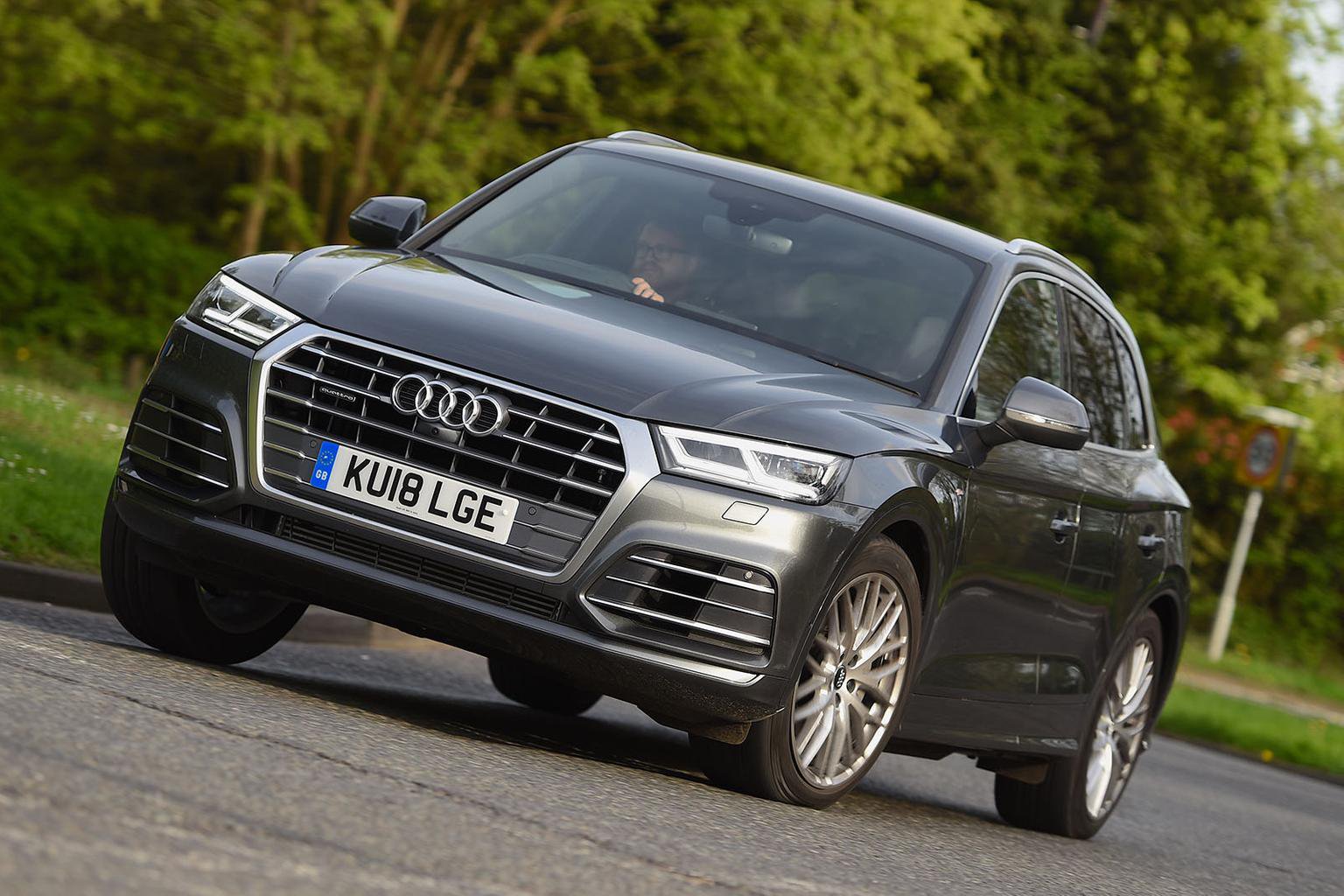 If we were to call the entry-level Audi Q5 2.0 TDI a sluggard, we would be lying like a hairy egg. Its 2.0-litre diesel engine will easily get you up to motorway speeds from a standstill in less time than it takes to read the first two sentences of this review.

It’s also one of the most refined four-cylinder engines on the market, beating rival motors from the likes of BMW and Mercedes-Benz. That’s all very well and good, but some people just want the moon on a stick. For those people, there’s the Audi Q5 3.0 TDI.

As you’ve probably guessed, this has a 3.0-litre diesel with six cylinders, giving it a thumping 282bhp. Even more impressively, it makes 457lb ft of torque – more than the 5.2-litre-engined Audi R8 V10 Plus supercar. And despite its rippling muscle, the 3.0 TDI still claims fuel economy of 48.7mpg if you stick to the standard 19in wheels.

Naturally, this blend of performance and frugality doesn’t come cheap. Because you can only get this engine in top-spec S line trim, it’ll cost you a hefty £46,890 – over £4500 more than a 2.0-litre TDI S line. Time to see if it’s worth the additional outlay. 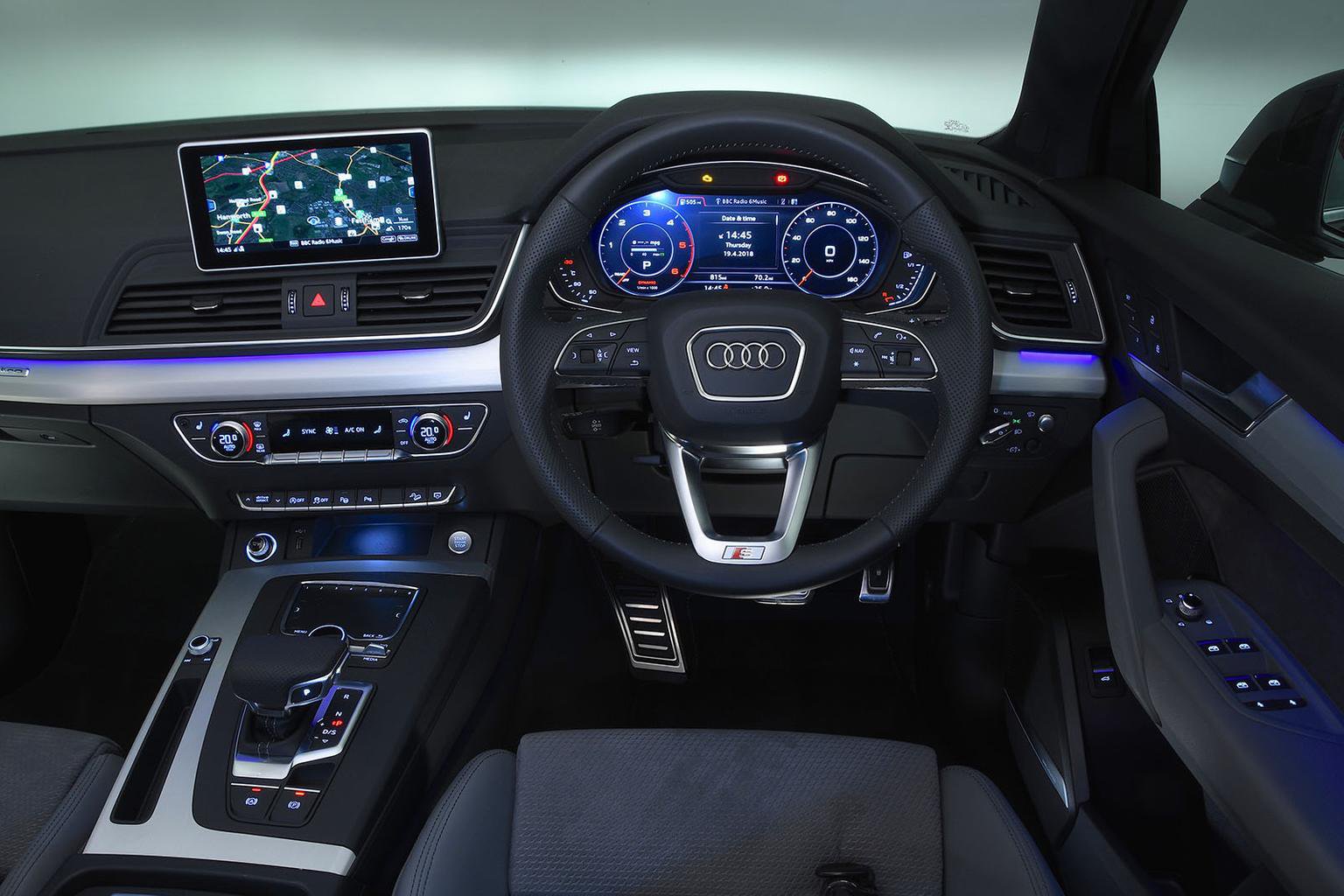 As a general rule of thumb, a six-cylinder diesel is almost always smoother than a four-cylinder unit. The Q5 3.0 TDI is no exception. Although it still clatters a little when starting from cold and vibrates a tiny bit through the steering wheel, it’s noticeably better than the already brilliant 2.0 TDI.

Once warm, it gets smoother still; at a constant 70mph cruise, you can’t hear it at all over what little wind and road noise there is. Even when you plant your right foot all the way to the floor, the most noise you’ll hear is a muted hum.

If anything, the gasp you’ll let out when you first try full acceleration will probably be louder than the engine itself. Audi claims this car can get from 0-60mph in less than six seconds, and we’re inclined to believe them – it really does fire itself off the line, and accelerating past slower moving traffic is a cinch. If anything, it makes the more expensive and thirstier SQ5 performance model seem almost redundant.

Ah yes, the thirst. While the SQ5 struggles to hit 25mpg, we were getting almost 40mpg out of the 3.0 TDI on our mixed test route. Even if you don’t mind spending the extra money on fuel, you’re going to be spending a lot less of your life at petrol stations if you opt for this V6 diesel. Your waist will thank you for all the snacks you won’t be buying.

We suspect the extra ratio of the eight-speed traditional automatic gearbox will be helping here. It’s also smoother in stop-start traffic and when manoeuvring than the seven-speed dual-clutch automatic units fitted to lesser Q5s.

The hefty V6 hasn’t upset the Q5’s fine handling, either. Even with our test car’s optional air suspension (£2000) set to its squishiest setting, body lean is well contained, the car changes direction keenly and it sticks like a melting chocolate bar to a car seat (thankfully not a lesson we learnt in the Q5).

You can stiffen the air suspension even further in Dynamic mode, but we wouldn’t bother. Yes, it further reduces lean, but it makes the ride too firm for the majority of the UK’s roads. 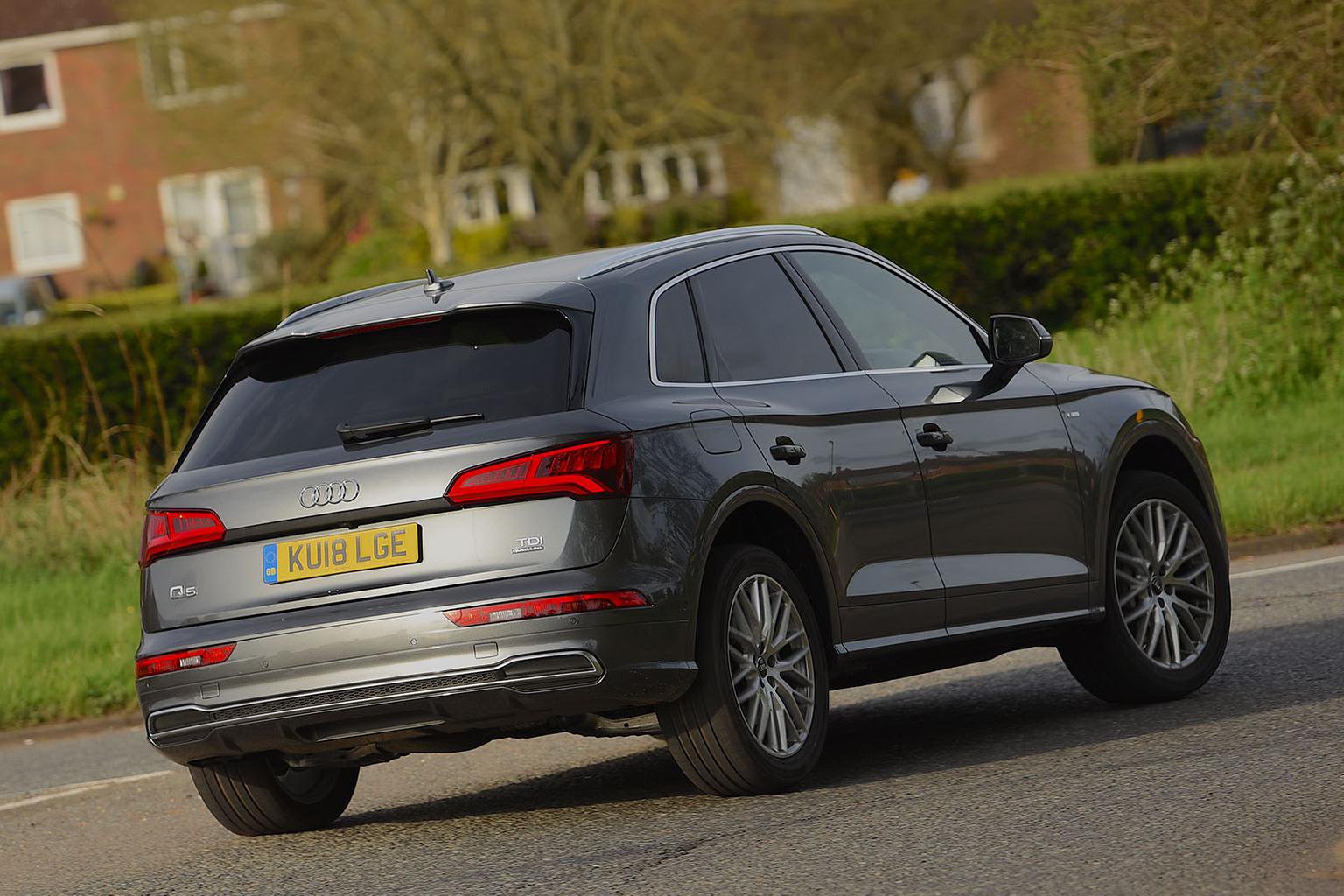 If we’re honest, the interior of the Q5 3.0 TDI is no different to that of any other Q5 in S line trim. If you can spot a difference, do award yourself ten anorak points. Are we complaining? Not at all. The Q5’s interior feels solidly constructed and has plenty of tactile plastics, attractive trims and expensive-feeling switches.

It’s practical, too. You’ll get four six-footers inside without any grumbling, and the boot is big enough to swallow nine carry-on suitcases. A 60/40 split-folding rear seat bench is standard, although this can be upgraded to a sliding and reclining 40/20/40-split row for £350.

If you want more detail on the Q5’s interior or the rest of the range, peruse our exceptionally thorough 16-point review here. And if that persuades you to buy a Q5, or any other new car for that matter, we’ve got tonnes of new car deals online as well. You could literally save thousands on your next new car.