Is the Kia Ceed GT warm hatch the most entertaining version of the Korean brand's family car? Click through our gallery review to find out... 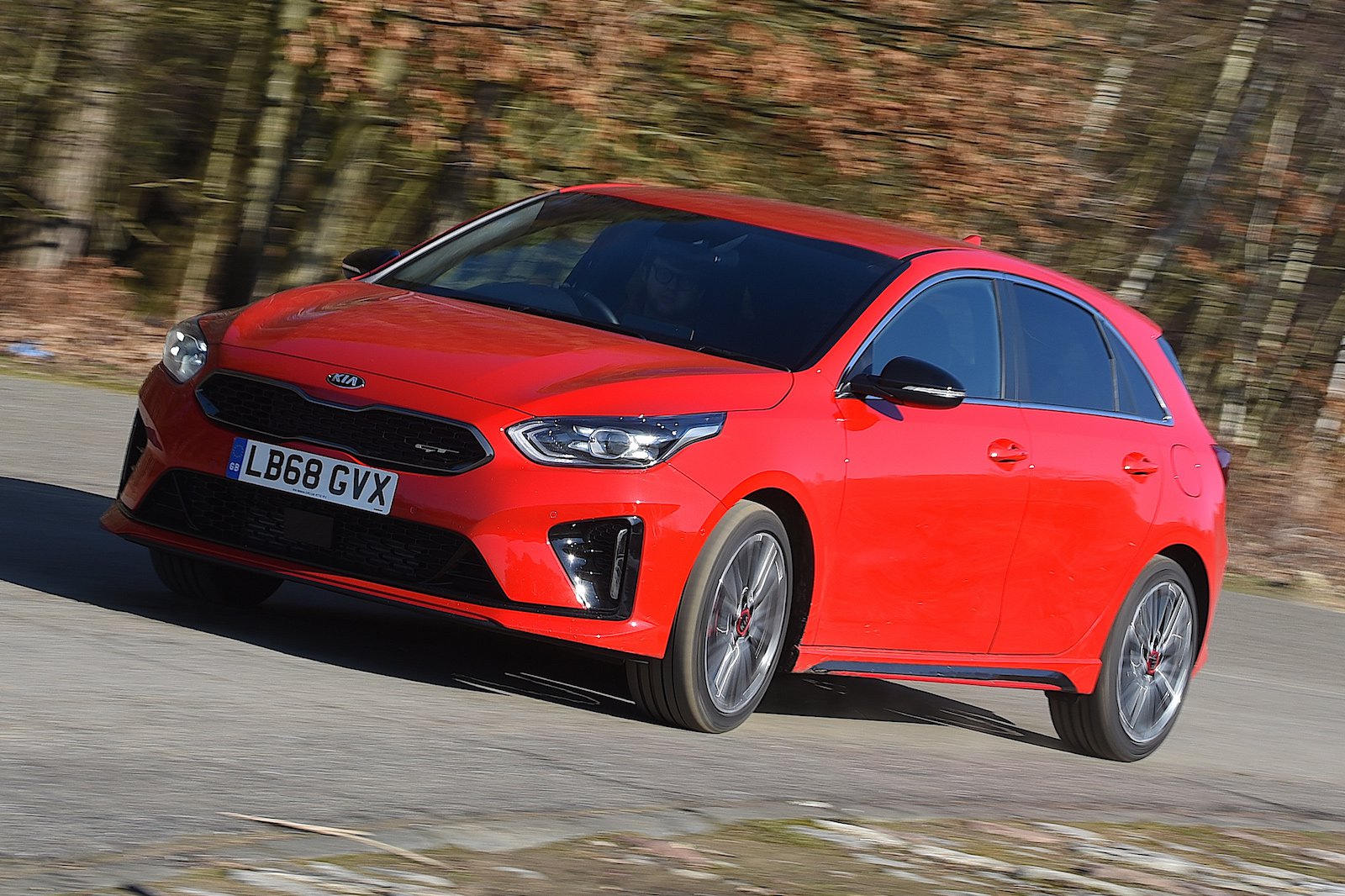 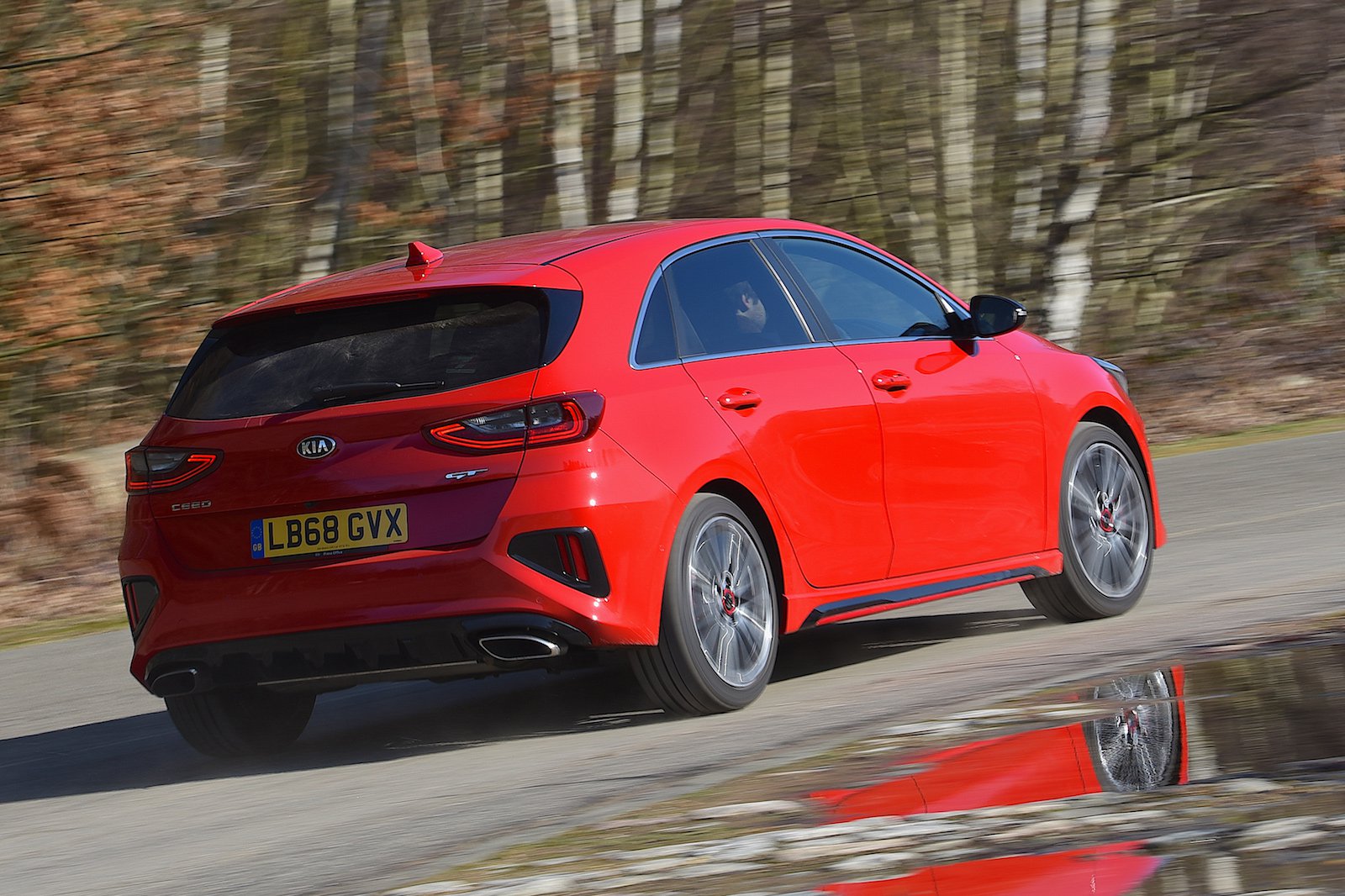 As we mentioned earlier, the turbocharged 1.6-litre petrol engine pushes 201bhp through the front wheels. It's impressively tractable once the boost builds and the engine comes on song, but pronounced turbo lag and a lazy throttle response prevent if from feeling like a true hot hatch engine. 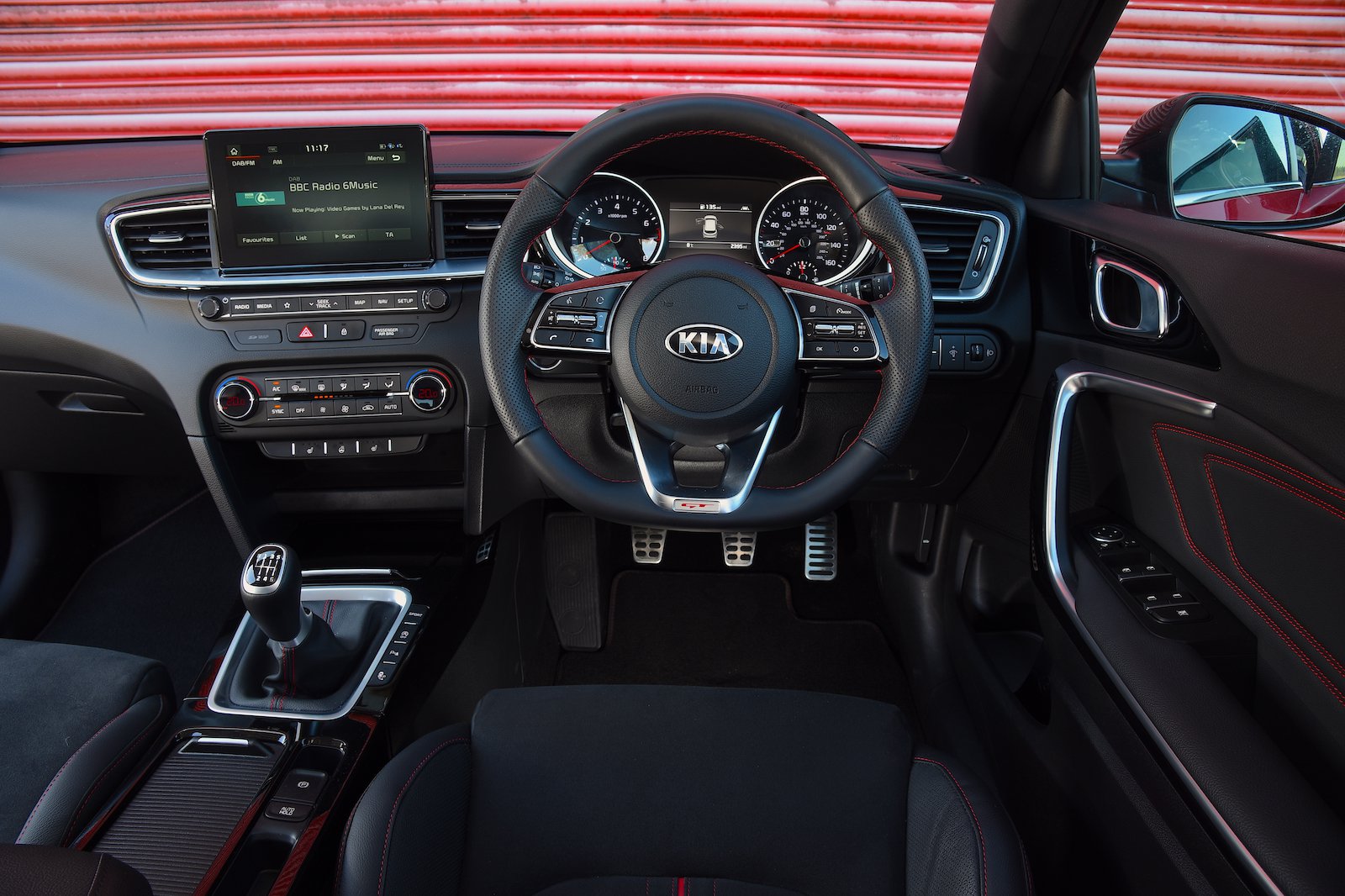 If you want this engine with an automatic gearbox, you’ll have to buy the Proceed GT estate. For the Ceed GT, you can have only a six-speed manual. It’s light and relatively precise, but its throw is long and not quite as slick enough to compete with proper hot hatch rivals, plus the pedals are placed too far apart to allow for any fancy footwork. 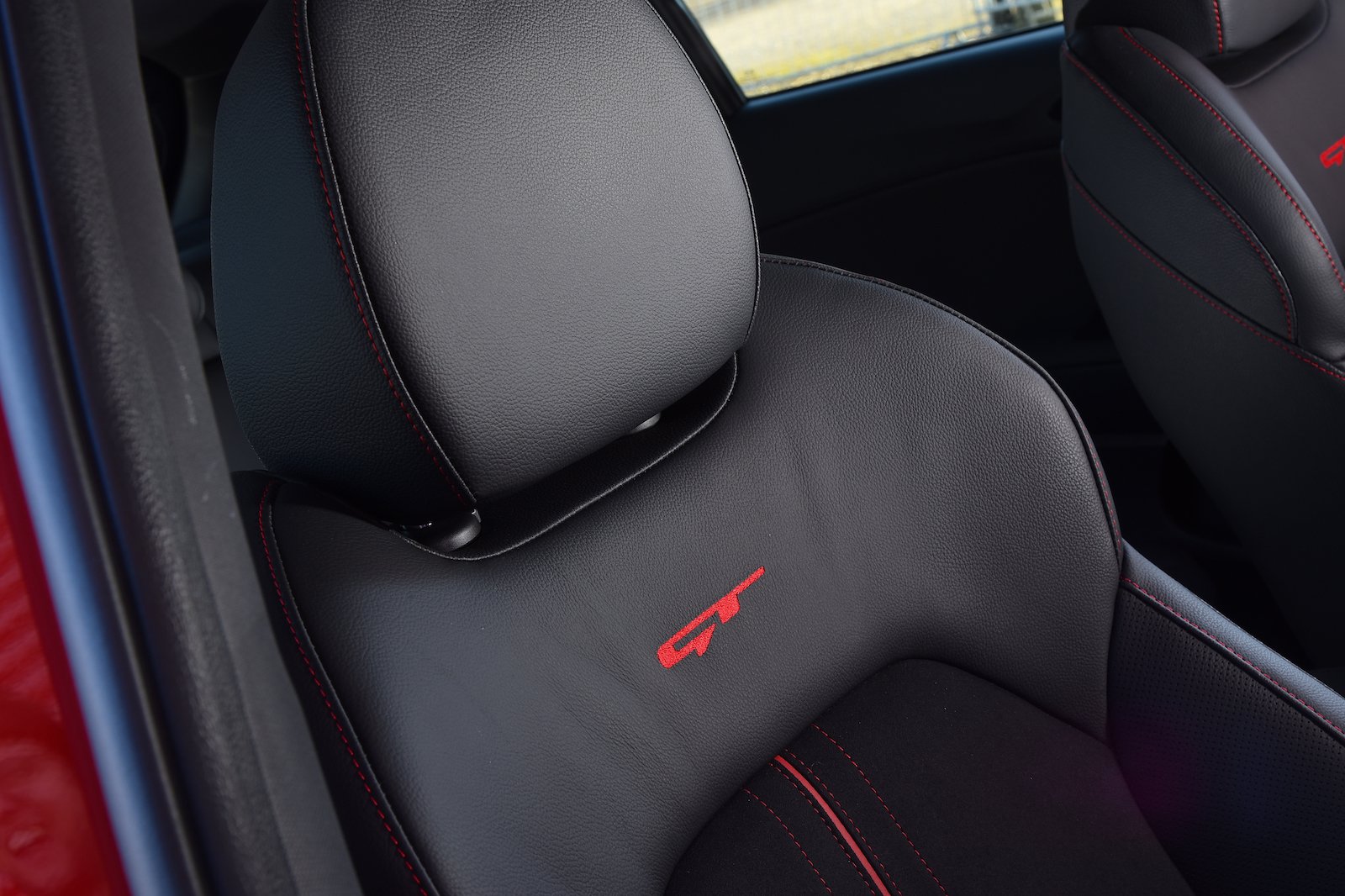 Inside, the GT is much like the regular versions of the Ceed. Build quality is satisfying, if not with quite the same solid feel as Volkswagen Group rivals like the Seat Leon FR. Among the notable differences are a flat-bottomed, leather-rimmed steering wheel and comfortable, supportive sports seats up front. 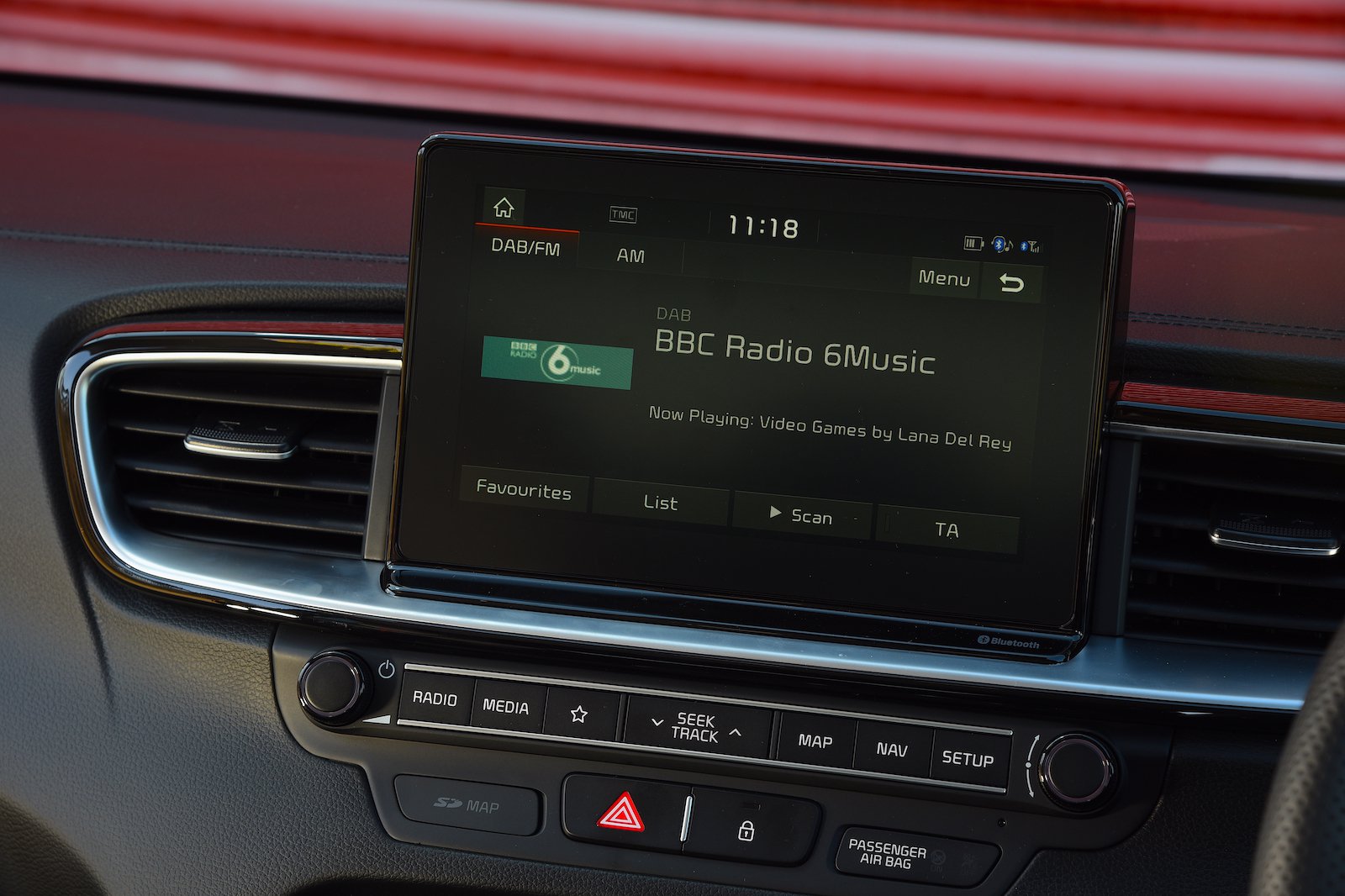 Standard kit inside includes an 8.0in touchscreen infotainment system with Apple CarPlay and Android Auto smartphone mirroring as standard. While the infotainment isn’t quite up there with the usability and clarity of that in the Volkswagen Golf or Skoda Octavia, it’s still one of the better examples in the class.

How does the Ceed GT stack up financially? Read our verdict to find out...