New Audi Q4 e-tron electric SUV can travel for up to 280 miles on a single charge and offers up to 302bhp... 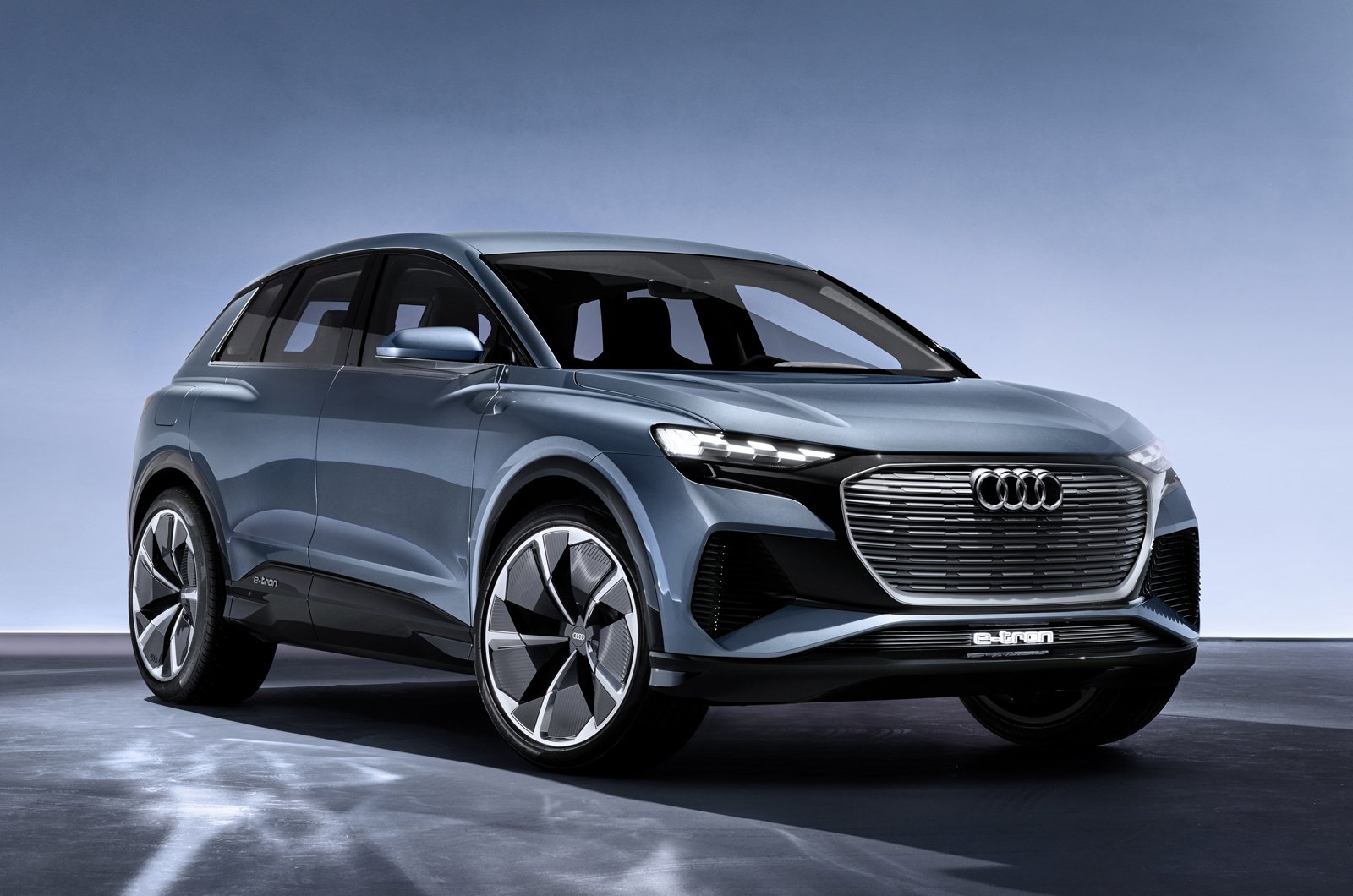 For example, it didn’t introduce its first SUV, the Q7, until 2005, by which time BMW already had two in its line-up and Mercedes had been selling its M-Class for eight years. But fast forward to today and Audi offers seven of these high-riding machines, with more on the way.

One of them is the Audi Q4 e-tron, and this new model highlights the amount of resource that the brand throws at expanding sectors in more ways than one, because it’s also one of 12 electric cars that Audi intends to have in its line-up by 2025. 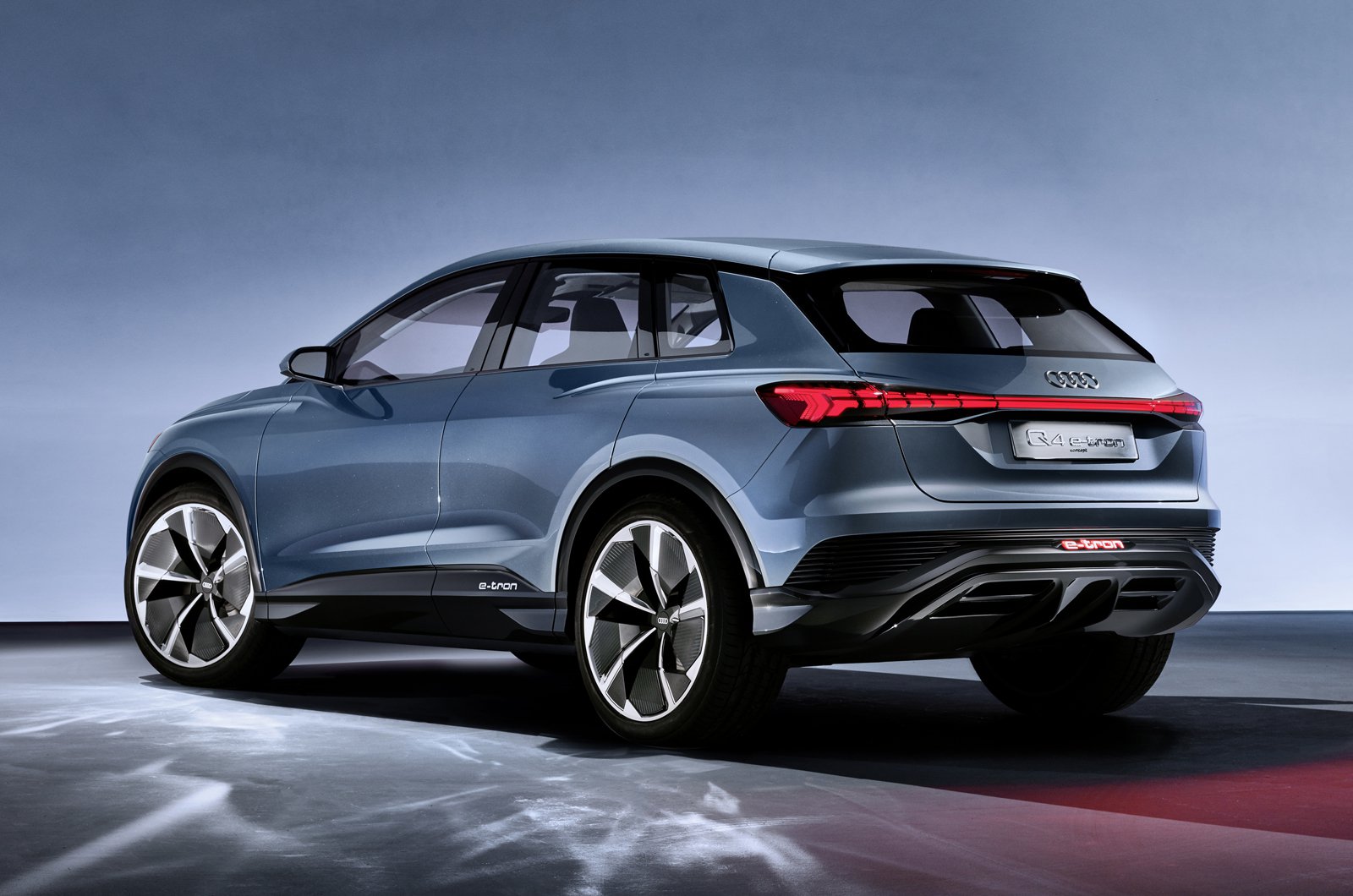 A motor is mounted on each axle to give the Q4 e-tron four-wheel drive. A combined output of 302bhp is enough for 0-62mph in 6.3sec and an 82kWh battery pack gives the car a range of 280 miles between charges on the official WLTP test cycle.

To put that into perspective, our favourite electric SUV, the Kia e-Niro, manages 282 miles, while the upcoming Tesla Model Y SUV, which will go head-to-head with the Q4 e-tron, is capable of travelling 336 miles on a single charge.

As its name suggests, the Q4 e-tron is sized between the Q3 and Q5 in terms of overall length. However, thanks to the small size of its motors and the fact that its batteries are positioned beneath its floor, it should offer more space than both of them inside. 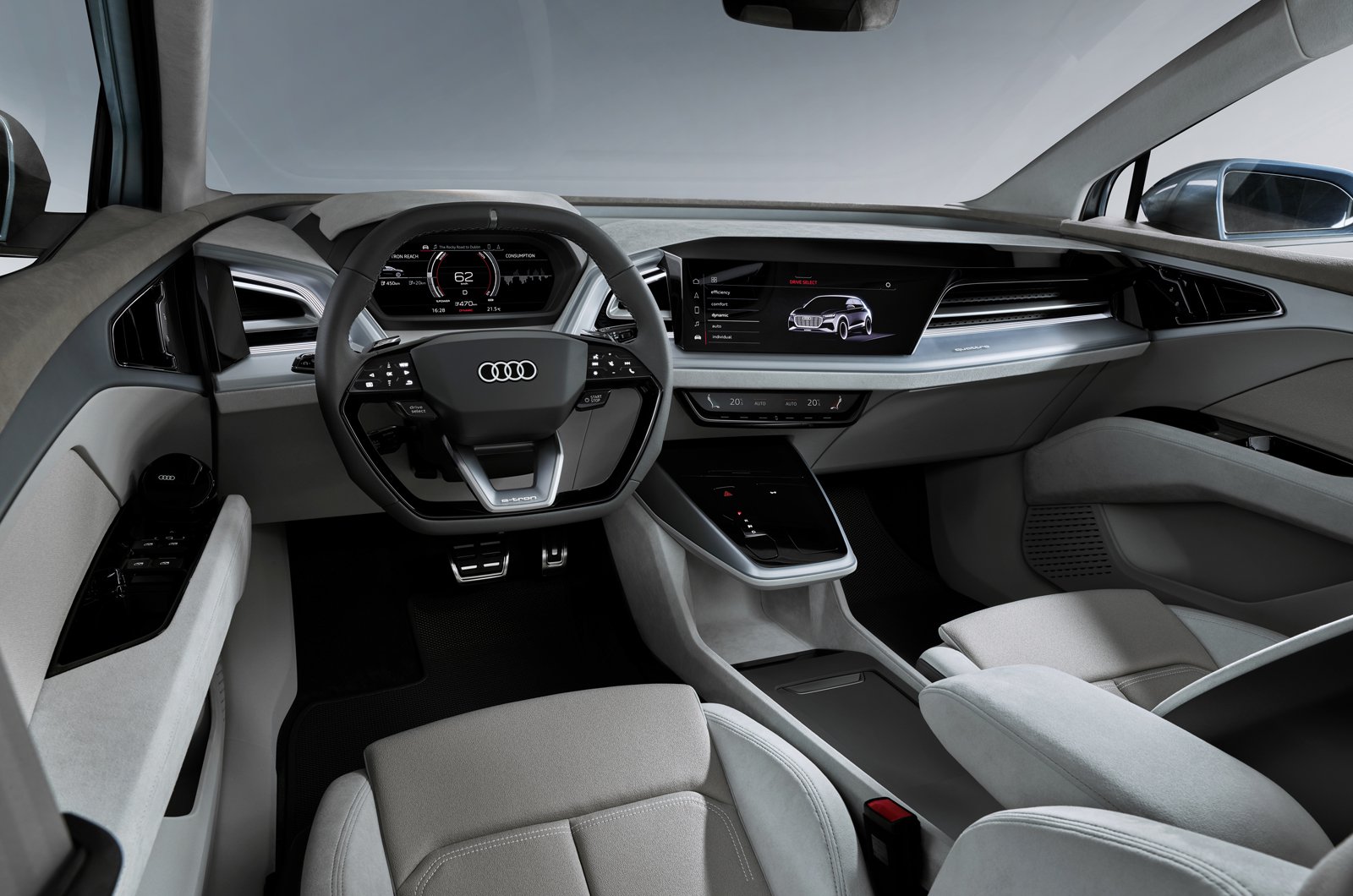 The dashboard is dominated by a 12.3in infotainment touchscreen, which is angled towards the driver in an effort to make it easier to use. It’s complemented by a large head-up display which is said to include a new augmented reality function that superimposes computer-generated images onto the driver’s view of the road ahead.

Instead of the distracting dual-touchscreen layout found on many of the latest Audis, the Q4 e-tron has a strip of physical buttons for controlling its air conditioning. And given that the centre console doesn’t need to contain functional elements such as a gearlever or handbrake, the whole thing has been turned into a spacious storage area.

The Q4 e-tron is one of 14 cars in contention for the 2021 What Car? Reader Award, which will go to the upcoming model that people are most excited about. You can cast your vote here.