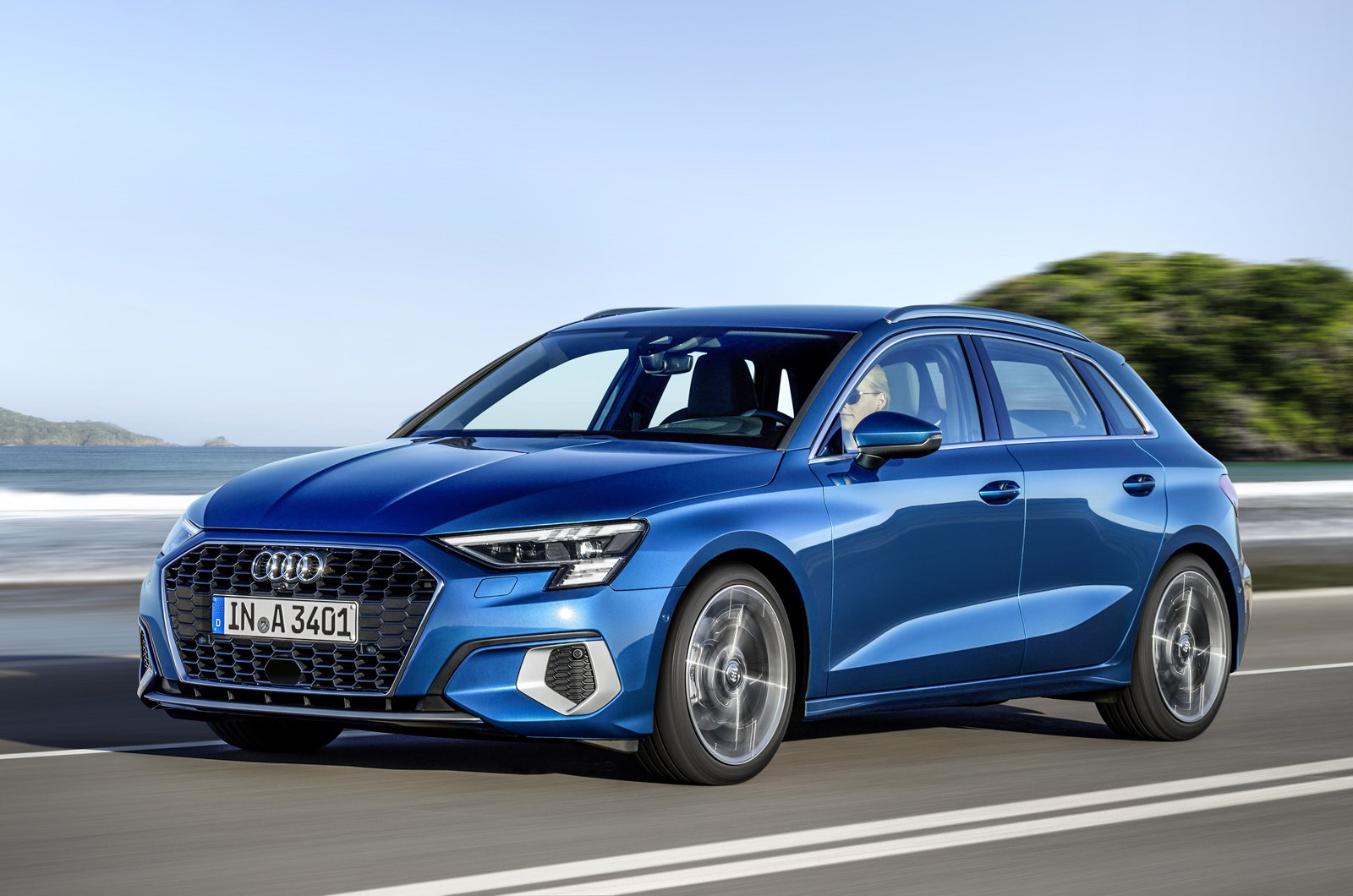 Just like David Attenborough and Zlatan Ibrahimovic, the Audi A3 hasn’t lost any of its brilliance over the years and continues to outshine much younger contemporaries, in its case including the latest BMW 1 Series.

Still, everyone must retire one day, and we can expect even greater achievements from the fourth-generation A3, with Audi claiming that it will set new class benchmarks for quietness, ride comfort and technology. Its looks are said to take inspiration from the Lamborghini Countach (no, we can't see it either, if we're honest), while a lighter yet stiffer body promises efficiency gains and sharper handling. 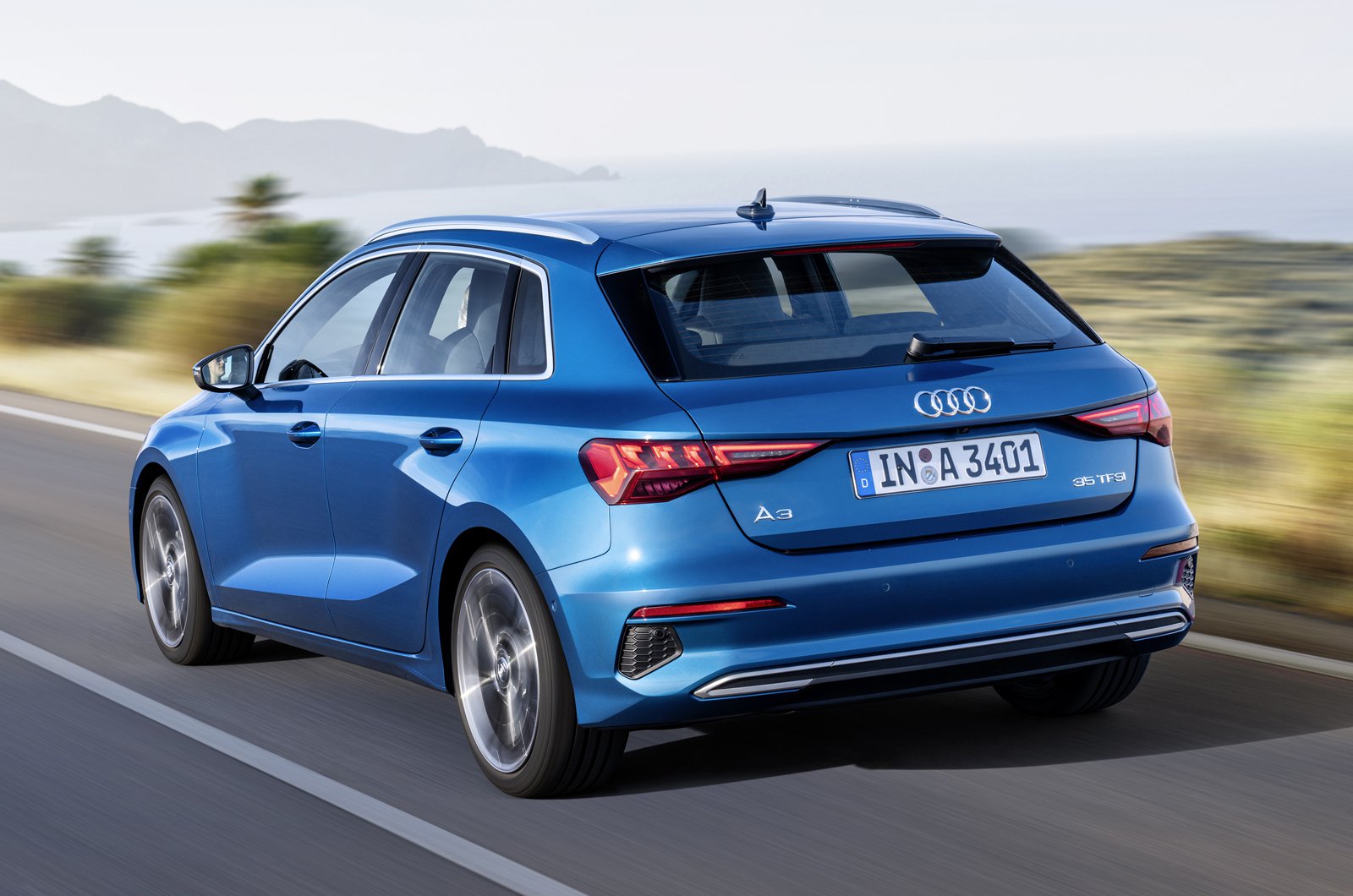 On the subject of efficiency, the new A3’s 128bhp and 148bhp 1.5-litre and 187bhp 2.0-litre turbocharged petrol engines use a 48-volt mild hybrid system, while even the 2.0-litre diesels (which go from 134bhp to 201bhp) get a 12-volt setup that cuts CO2 emissions by about 10% – all good news for company car drivers. Also expected to be offered are 1.0-litre turbo petrol and petrol-electric plug-in hybrid variants. There won’t be an emissions-free A3, though, because Audi is developing a bespoke electric family hatchback to launch in 2021.

As for the interior, you still get plush materials and first-class build quality throughout, but there's now a large touchscreen infotainment system – sadly, given how great the outgoing dial-controlled setup is – along with the option of Audi’s configurable digital instrument panel. Internet-based features such as live traffic data and semi-autonomous driving capabilities are enabled by a 5G data connection; indeed, the new A3 is permanently online. 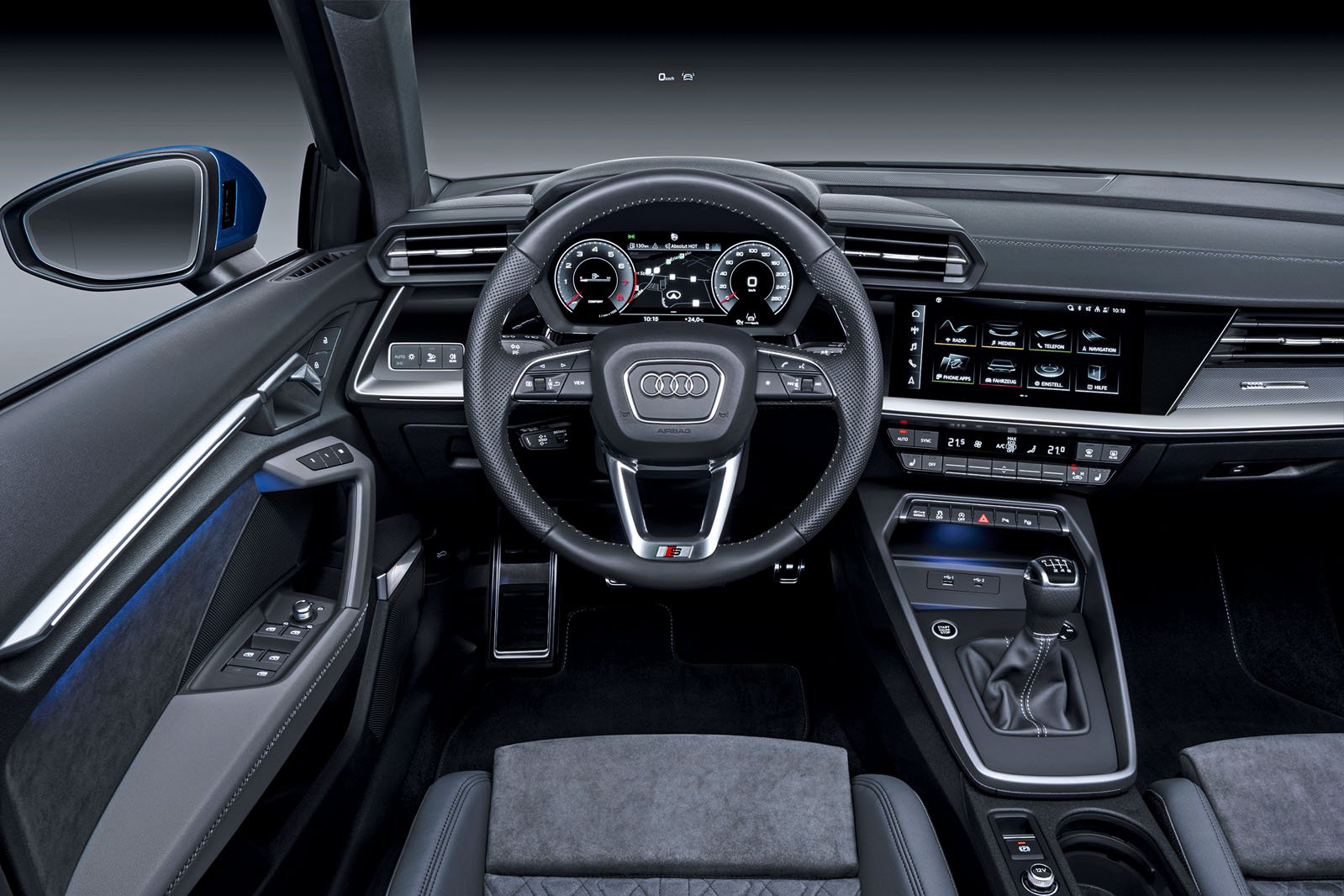 The five-door hatchback and A3 Saloon will be first to arrive, while the three-door is set to be axed. So, too, is the A3 Cabriolet. Taking their places at the table in 2021 will be an SUV-styled, four-wheel-drive hatchback called the A3 Allroad and a five-door coupé that will challenge the Mercedes-Benz CLA.

The hot hatchbacks are safe, though. The S3 is due to get an uprated version of the current 2.0-litre turbo engine with around 325bhp, while the range-topping RS3 will run either a development of today’s 2.5-litre five-cylinder turbo or a more potent mild hybrid version of the 2.0-litre unit.

Skoda calls the Octavia its ‘heart and engine’, which is easy to understand wonder when you learn that more than six million examples of the family hatchback have been sold since its introduction 23 years ago. One of the biggest reasons for this popularity is because it offers a space-to-cost ratio far greater than rivals such as the Ford Focus, Kia Ceed and Volkswagen Golf can manage.

Even so, the new, Mk4 Octavia is even longer and wider, giving it more room for passengers plus an extra 10 litres of boot space (enough for another bag) in the hatchback and 30 litres in the estate.

Bigger news, however, is the introduction of a plug-in hybrid that uses the same 1.4-litre petrol engine and electric motor as the five-star Volkswagen Passat GTE. This variant should make the new Octavia even more attractive to company car drivers, because its electric-only range of 34 miles will allow it to take advantage of the reduced BIK tax rates that came into force on 6 April.

Skoda has substantially changed the Octavia’s interior design, equipping the new model with a central touchscreen measuring 8.3in or 10.0in (depending on trim level) that’s claimed to have more intuitive software and deals with not only infotainment and sat-nav, as before, but also climate control. That’s not great when physical buttons and dials are less distracting, but thankfully you can also use gestures (as pioneered by BMW with its iDrive system) or talk to Skoda’s new virtual assistant, who’s called Laura.

Powering the car are updated versions of today’s turbocharged petrol and diesel engines, with the most notable development being a 48-volt mild hybrid addition to petrol models fitted with an automatic gearbox. This system recovers energy usually lost during braking, sends it to a little battery and then redeploys it to assist the engine under acceleration, therefore cutting down on fuel consumption.

We expect the entry-level 1.0-litre petrol to cost around £19k, while our preferred 1.5-litre petrol in mid-range trim should come close to £24k.

<< Previous | Next: other hatchbacks coming soon >>