More for you |
LISTEN: Car of the Year PodcastNew issue of What Car? magazine on sale nowPromoted | 5 reasons why it makes sense to go electric todayBig savings on our Car of the Year Awards winnersWhat Car? Awards 2021: The best cars you can buy
Home
News
Jaguar Land Rover in Saudi Arabian move
news

* Lightweight aluminium parts * to be built in Saudi Arabian factory * Model could be built there, too... 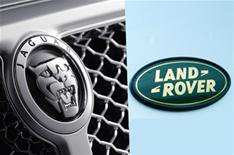 Jaguar Land Rover (JLR) has plans to make aluminium panels and parts in Saudi Arabia, and could eventually make a complete model there, company boss Dr Ralf Speth has announced.

JLR has signed a letter of intent with the Saudi Arabian Government, which within three years is likely to lead to it making lightweight parts there, alongside the worlds largest aluminium foundry. The parts would then be shipped to the UK and used to build Jaguars and Land Rovers in the Midlands and Liverpool.

Dr Speth told What Car?: We are committed to lightweight construction and using aluminium in the future.

This partnership is a way of making sure that we can get the price right and in the volumes that we are going to need.

He also admitted that the company was likely to make all of its future models from aluminium, with replacements for the Evoque, Freelander and XF getting the lightweight construction material joining the just-launched Range Rover and Jaguar F-type.

The next-generation Defender could be built in Saudi Arabia, although this is at least five years away.

Dr Speth is a keen advocate of turning the company into a global business. He said: We need to be a solid company and we need to go more global.'

The announcement follows on from the recent collaboration with Chinese manufacturer Chery, which will lead to JLR producing current models in China and a third brand just for that market. Speth is also known to want to invest in a factory in Brazil.