* Government want too much * Collapse could mean job cuts * Research would suffer, too... 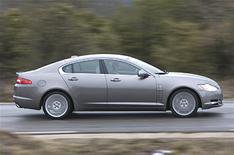 Talks between the Government and Jaguar Land Rover, aimed at creating a financial support package for the manufacturer, are on the brink of collapse, according to the BBC.

Jaguar Land Rover received what was reported to be a final offer on Friday, which it is said to have rejected because the conditions demanded in return for guaranteeing the loan were too tough.

The Government is now left in a tricky position, because a failure to reach agreement could result in the company announcing job losses and cuts in research investment particularly in green technologies.

It is believed the Government offer involved the state having the right to veto management decisions, install its own chairman and the need to be consulted on any redundancies at the car maker, which employs around 14,500 workers.