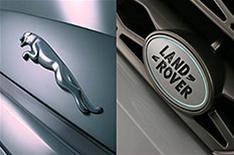 Business Secretary Lord Mandelson has admitted that he's in discussions with Jaguar Land Rover about a 1 billion bail-out.

The company's bosses are said to have approached Lord Mandelson saying they are under particular pressure in the current economic downturn.

Mandelson said that the Government was analysing the situation 'very carefully', but added that primary responsibility for the company lies with its Indian owner Tata.

The British firms major UK automotive research and development centres underpin its pitch for state aid. Jaguar Land Rover has pledged that the centres will develop green technologies for the future.

The final decision on whether to offer financial aid will rest with Prime Minister Gordon Brown.