Korean-car convert and What Car? photographer Will Williams needs something that's spacious, economical and comfortable for long trips. Will a Kia Optima estate fit the bill?...

123 pints. No, that isn’t what I’ve got planned for the weekend, that is the amount of diesel the Kia Optima Sportswagon is capable of necking from empty.

Having such a mammoth 70-litre fuel tank has really been proving its worth recently with all the miles I’ve been covering.

On a recent trip, I had covered 750 miles from a full tank before I went to fill it up again, and it said it still had 40 miles of range left. I reckon, if I took it easy, I could probably drive from London to Edinburgh, and back, in the Sportswagon on a single tank – that's pretty incredible when you think about it.

I’m also happy to report that the real-world fuel economy keeps going in the right direction. On that same outing, I recorded the highest fuel economy reading so far on the trip computer, averaging 48.1mpg over 750 miles, bettering the 44mpg I’ve usually been seeing.

With all these miles, I’m noticing it’s lost a bit of bite at the front end, though, especially with this recent frosty weather, so I’m looking at getting some new tyres. 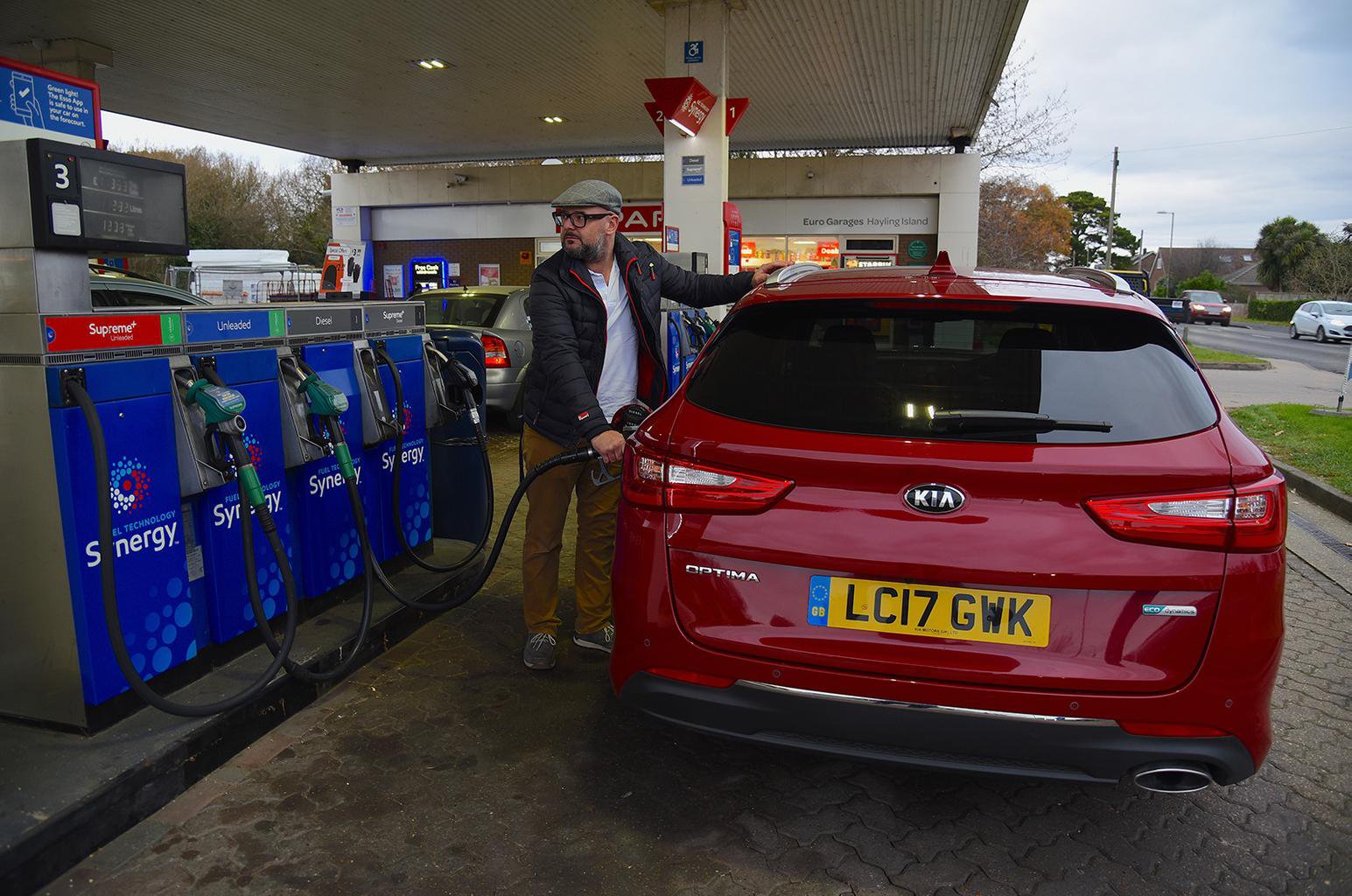 Elsewhere, it’s only used 200ml or so of oil, and has a huge screenwash tank so that doesn’t need filling up regularly either. This might all sound pretty boring but the Optima is proving to be a very no-nonsense car to run, which is great.

The only slight problem I have had is with the infotainment system, which crashed the other day. On start-up, I changed it to media but the whole screen froze, then went dark. This same thing used to happen (much more regularly) on a Kia Sorento I used to run, and the trick with getting it to work again was popping the SD card out, which resets the whole system and it sorts itself out. The same trick works for the Optima, but I’m going to be keeping an eye on it to make sure it doesn’t get any worse.