Our senior videographer needs a car that's frugal, practical and fun. Does the Mini Countryman plug-in hybrid fit the bill?...

Needs to Take life as a high-mileage videographer's workhorse in its stride, with enough practicality to be easy to live with and a plush enough interior to enjoy every journey

When I chose my new car all those months ago, I went for a small SUV that was larger than any car I'd owned before. You see, having struggled to squeeze all my camera equipment into a three-door Alfa Romeo Mito, I was ready to go up a size and see how much easier it made my life. So, with practicality first and foremost in my mind, how has my Mini Countryman PHEV fared? 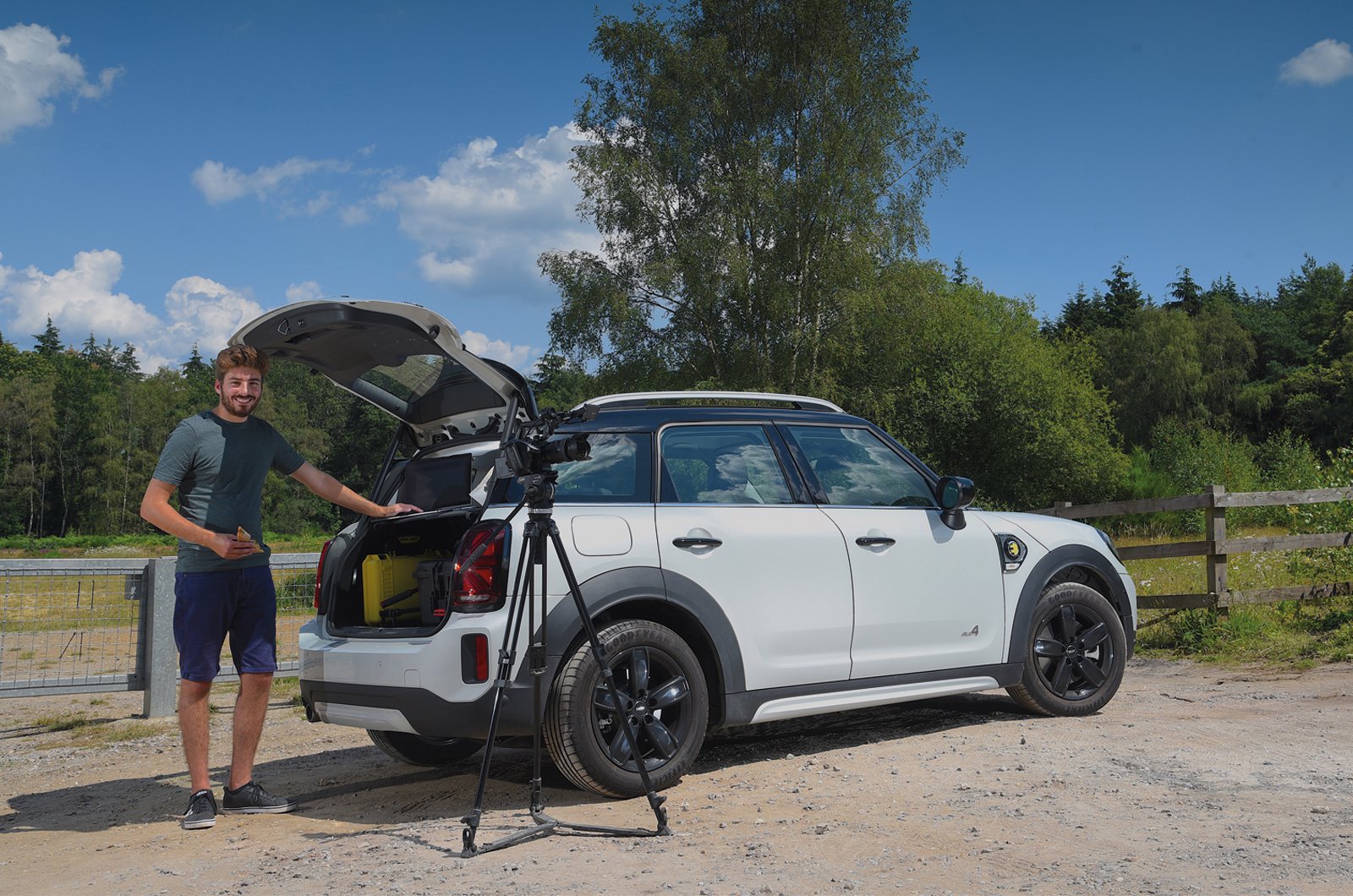 Happily, I can report that it’s been great. I can fill the boot and only need one of the rear seats for the luggage overspill which, when necessary, leaves space in the back for passengers in the other two seats.

I’ve found that its talents stretch beyond its load capacity, too, and I’m definitely going to miss it now it's gone. Along with great practicality, its offered frugal fuel economy, cutting-edge technology and a comfortable interior ambience.

The Comfort Plus Pack was by far the best add-on I chose for the Countryman. When your job often involves long days outside in English weather, sitting in a heated seat at the end of it is like nothing else. The handy centre armrest adds extra comfort on long motorway trips, and also houses the wireless phone-charger and is a useful place to store my mobile when it's connected to the infotainment with the wireless Apple CarPlay.

In terms of other tech, the reversing camera made parking that little bit easier, and the BMW-derived iDrive infotainment system – with its fantastically intuitive rotary dial – is the gold standard for other systems to be compared with. What about the car's plug-in hybrid technology? Well, as I explained in a previous long-term report, charging the 9.6kWh battery at home was impossible, so I had to do it out and about. I knew this made my choice of a plug-in hybrid a potential headache, but I thought it would be interesting to test whether or not you’d be mad to buy a PHEV while living in a top-floor flat.

I was expecting to have a flat battery a lot, leading to poor fuel economy during the many long journeys I did in the Countryman. After a few different tests, I discovered that charging up by using ‘save’ mode while driving on a motorway and returning to part-battery, part-engine in ‘auto edrive’ mode when going through towns was a happy compromise.

Topping up the battery in that way reduced fuel economy by around 8mpg (from 48mpg to 40mpg), but it was far more convenient than stopping during a journey and paying to use a public charger for the three hours, 10 minutes needed for a full charge. It also meant I could make use of the freshly juiced electric power later in my journey. Of course, I still made use of the charging network when I could, but for the most part that's how I got on with my Mini.

I did get friendly with the local petrol station, though. The PHEV’s fuel tank is 36 litres, compared with 51 litres in the standard petrol version, and while I was achieving around 320 miles from a tank, I still needed to fuel up quite regularly. I don't think high-mileage drivers who can’t charge at home should be jumping on the PHEV-bandwagon just yet. 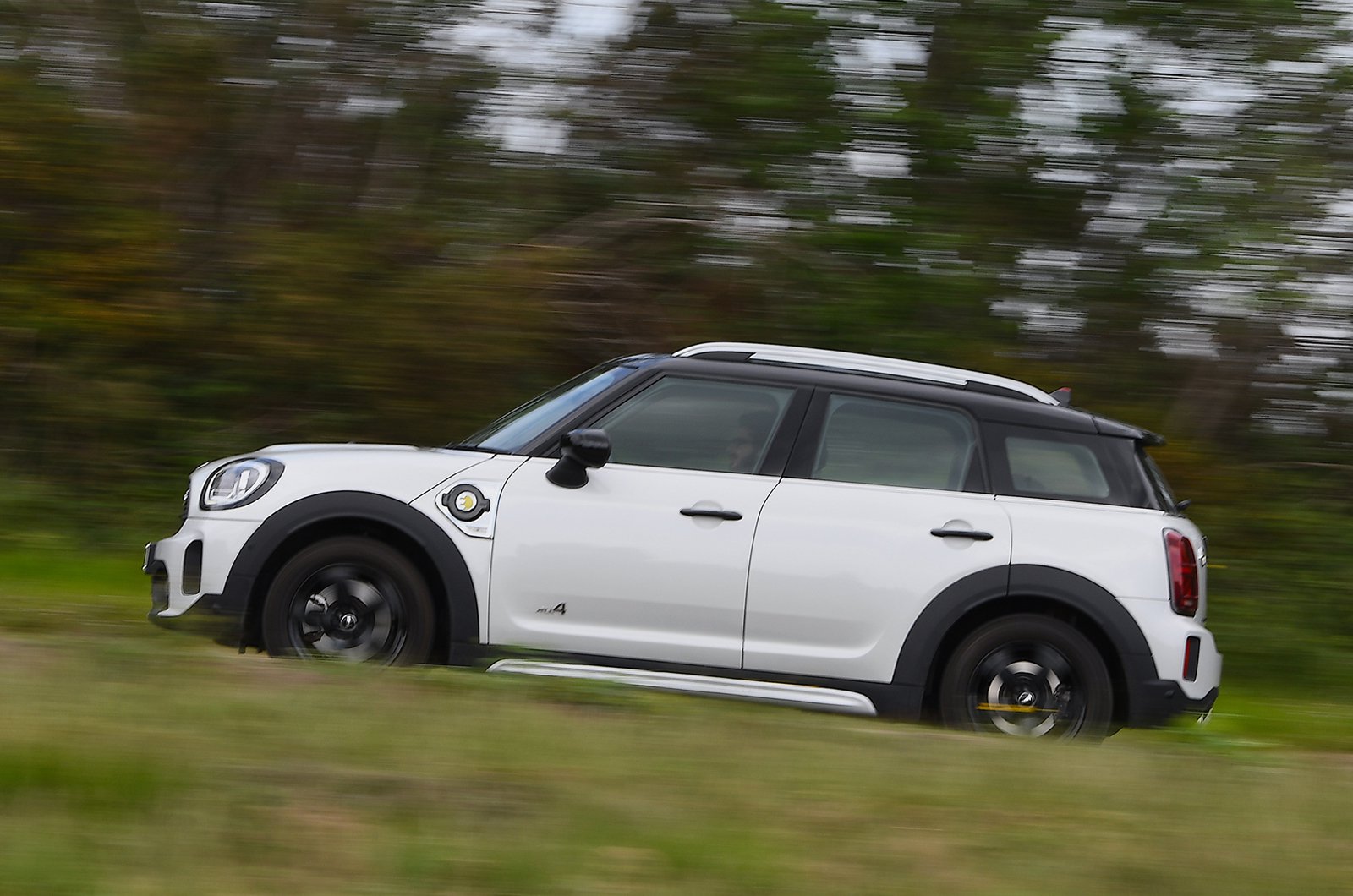 If, on the other hand, you're looking for a short-journey chariot which will do the occasional family holiday, I would heartily recommend the Countryman PHEV. Electric progress around town is blissfully smooth and quiet. The interior not only looks great but is also clearly built to last. Yes, it's expensive, especially in this plug-in hybrid guise, but it does feel like a quality product through and through.

Overall, I will sorely miss my Mini Countryman PHEV. Six thousand miles is a lot to spend with a single car – especially in a relatively short space of time – so I’m intrigued to see whether my next car will be able to contend with the positive feelings I have towards the Countryman.