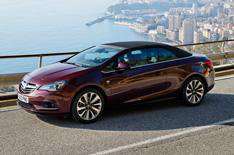 Vauxhall is to unveil a high-performance version of its new 1.6-litre SIDI turbo petrol engine at next month's Frankfurt motor show, and the first car it will appear in is the Cascada convertible.

The induction and exhaust systems have been tuned to keep noise down and make the engine smooth at all revs.

Prices plus economy and emissions figures will be released during the engine's unveiling at Frankfurt.

The Cascada 1.6 SIDI turbo can be ordered from October, with the first UK cars arriving in January 2014.

Read the Vauxhall Cascada review for parents at Mumsnet Cars >>