More for you |
All the electric cars coming soonHow to spec a Jaguar XEShould I still buy my new electric car? 2021 Suzuki Across large SUV revealed: price, specs and release dateBest used family SUVs for less than £15,000
Home
News
Saab deal could be back on
news

Saab deal could be back on 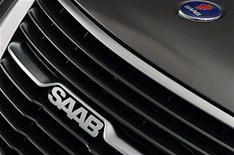 Saab's sale to car maker Spyker could be back on, according to reports on the Associated Press.

Spyker has submitted a new 11-point proposal to General Motors (GM), addressing the issues that had led to the collapse of talks last week.

Spyker's chief executive officer, Victor R. Muller, said: 'We are very confident that our renewed offer will remove the impasse that was standing in the way of an agreement on Friday, and this would still allow us to conclude the deal prior to the expiry of the deadline originally set by GM of December 31.

'We have made every effort to resolve the issues that were preventing the conclusion of this matter and we have asked GM and all other involved parties to seriously consider this revised offer.'

Mr Muller also said that the new offer does not depend on a loan to Saab from the European Investment Bank being approved by the end of the year, but added that Spyker's new offer expires late on Monday.

The news comes after GM announced last week that it would gradually wind down Saab, following the failure to secure an initial agreement with Spyker after supercar manufacturer Koenigsegg pulled out of a proposed deal in November.