An optional automatic gearbox has just become available on our 2017 Small SUV of the Year, the Seat Ateca 1.4 TSI. Is it worth the £1350 price premium?... 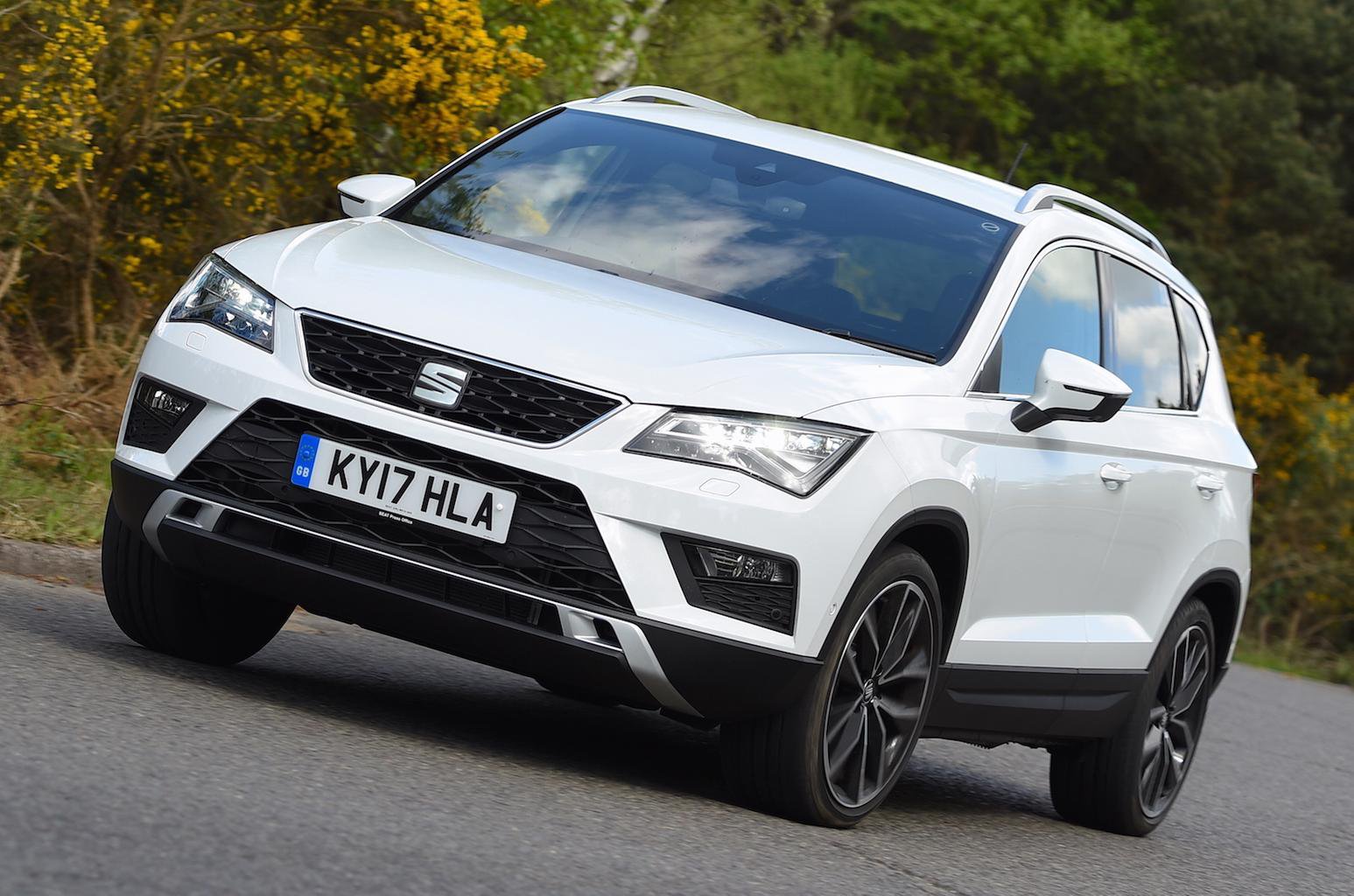 Question: what’s the most popular car on our website? Surely it’s a Ford Fiesta, a VW Golf or perhaps even a Vauxhall Astra?

Actually it’s the car you’re looking right now: the Seat Ateca. And it has been for more than six months. Yep, it seems more of you are interested in finding out more about Seat’s Nissan Qashqai rival than any other car in the world.

You can read our detailed 16-point review of the Ateca by clicking here, or see how Seat’s small SUV compares against the rival Peugeot 3008 and Toyota C-HR by reading our group test.

Here, though, we’re reviewing the new 1.4 TSI DSG model. The 148bhp 1.4-litre petrol engine has been available since the Ateca’s launch last year, but it’s now available with an automatic gearbox for the very first time.

The new DSG gearbox adds £1350 to the Ateca’s price, and also pushes up CO2 emissions by a couple of grams per kilometre (enough to take the Ateca into a higher tax band if you’re a company car driver). However, if you’re buying on a three-year PCP finance deal, it only makes the difference of around 20 quid a month. 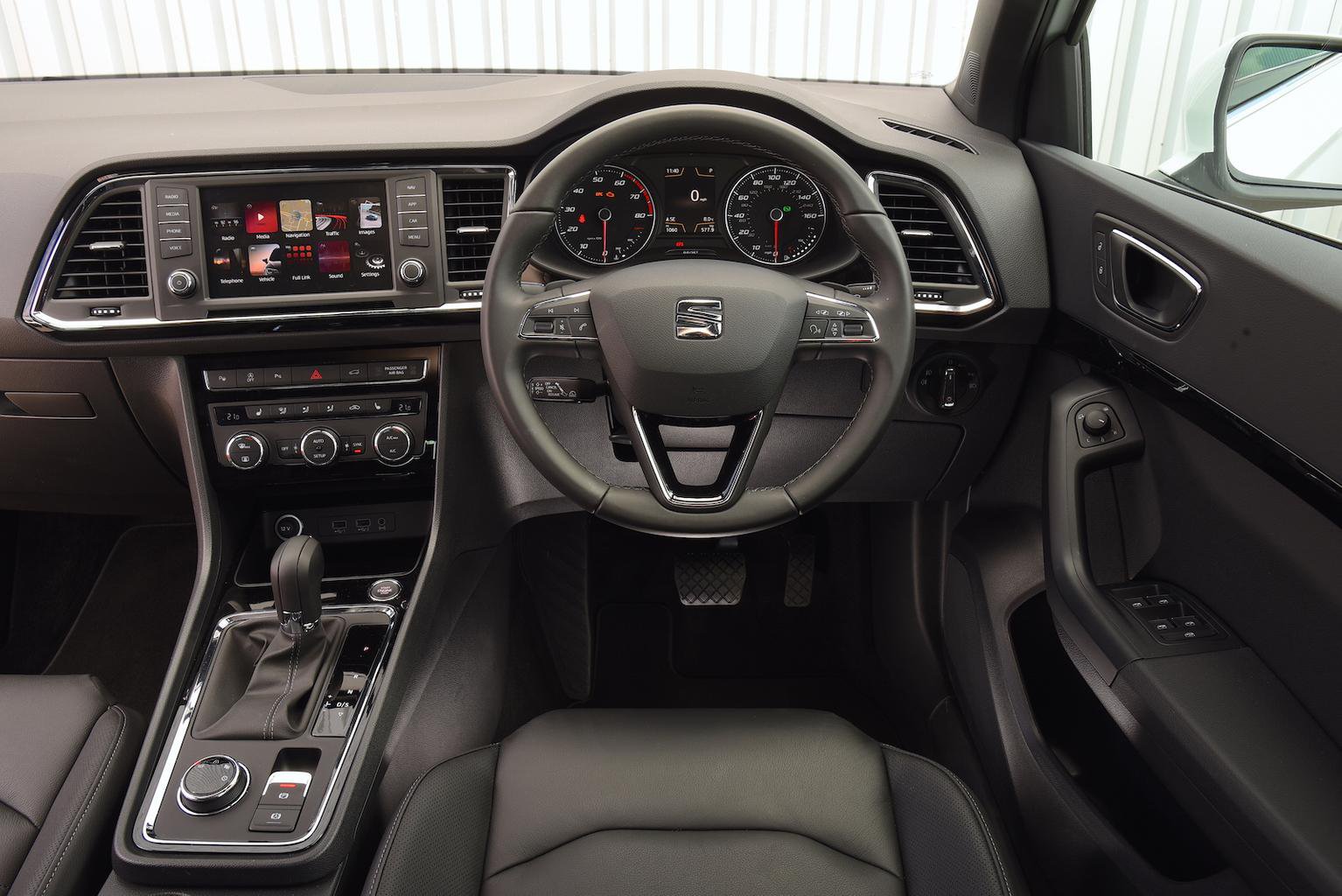 What's the Seat Ateca 1.4 TSI DSG like to drive?

Let’s start with the new bit: the automatic (DSG) gearbox. Like any auto, it obviously relieves you of the task of continually pressing a clutch pedal and stirring a lever between the front seats. However, when pulling away, reversing into a parking space or when creeping along in slow-moving traffic, the gearbox tends to be quite jerky – even when you try to be really smooth with the accelerator pedal.

Things are much better when you're properly on the move. Shifts are timely and generally very smooth, and you can take control (by pulling paddles behind the steering wheel) if you want a bit more involvement.

Meanwhile, the 1.4-litre petrol pulls willingly enough at low revs, although if you want to build speed a bit more quickly just fully depress the accelerator pedal and the gearbox will force the engine to rev harder.

The Ateca is one of the best handling small SUVs on the market. Let’s not get carried away, it’s no Ford Focus, but it does prove surprisingly good fun to drive down your favourite stretch of road. It’s certainly much more agile than rivals such as the Nissan Qashqai and Peugeot 3008.

Less impressive is the firm ride, particularly at low speeds. You see, the stiff suspension needed to keep the Ateca’s body upright through corners means you feel more of bumps than you would in a Nissan Qashqai. Stick with 17in alloys (standard on SE trim) and things aren’t too uncomfortable along poorly surfaced roads, but opt for large 18in or 19in rims and you’ll wince over every pothole. 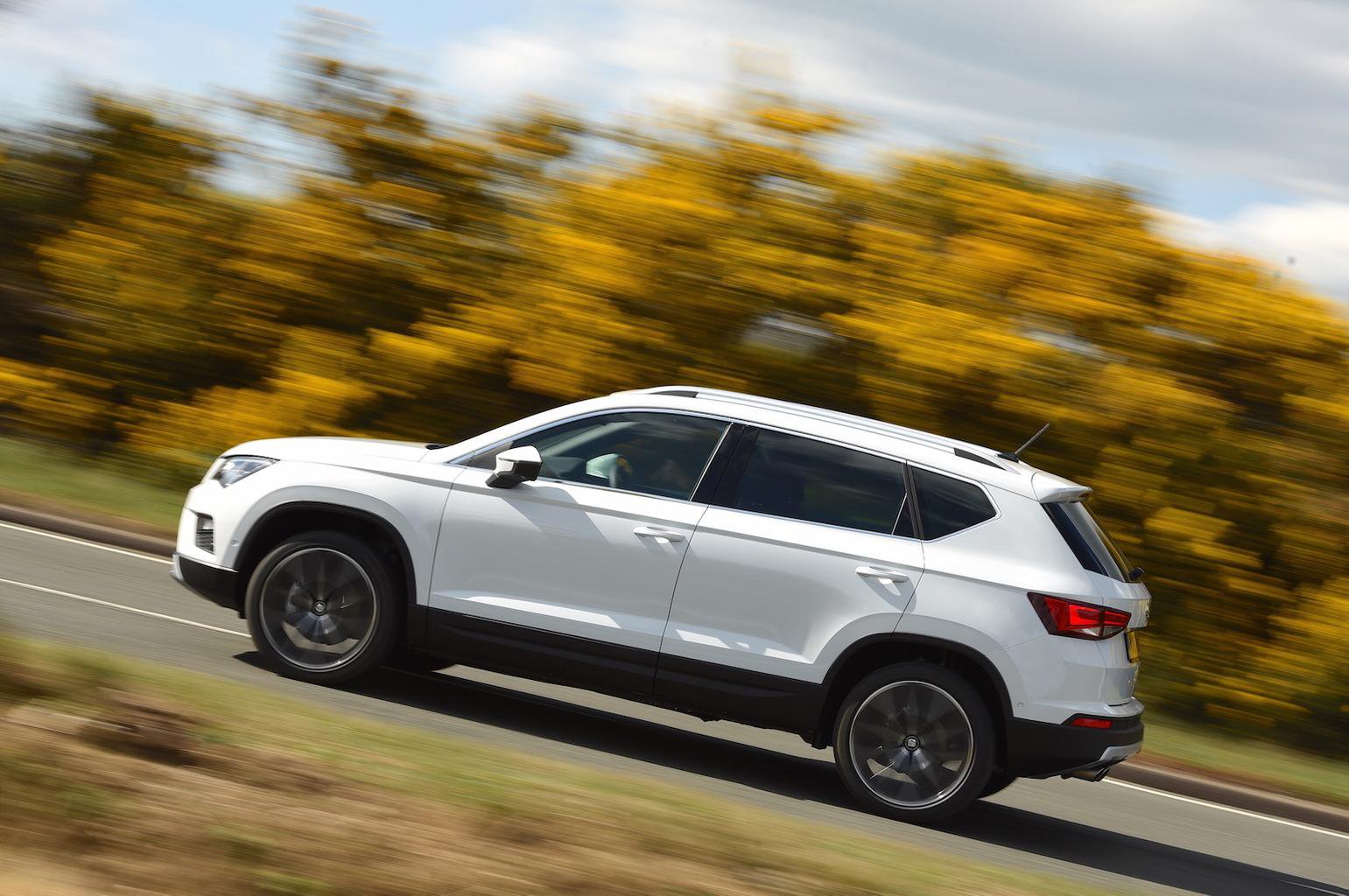 Other than a missing clutch pedal and a slightly different-shaped gearlever, this DSG model is the same inside as any other Ateca.

That means the look and feel of the dashboard is similar to that of the smaller Seat Leon. All the important dashboard controls are grouped logically around the driver and there’s loads of space in the front. Indeed, occupants of all shapes and sizes should be able to get comfortable thanks to the supportive and widely adjustable front seats, which become leather (rather than cloth) if you choose range-topping Xcellence trim.

Interior quality is far from a disaster, although the Ateca isn’t as classy inside as a VW Tiguan – it’s roughly on a par with the Qashqai. There are a few hard plastics dotted around the dashboard and, on the cheaper trim levels, the heater controls are surrounded by some unappealing matt grey plastic. However, the dashboard is dense and squidgy and most of the buttons and switches on it have a smooth action. 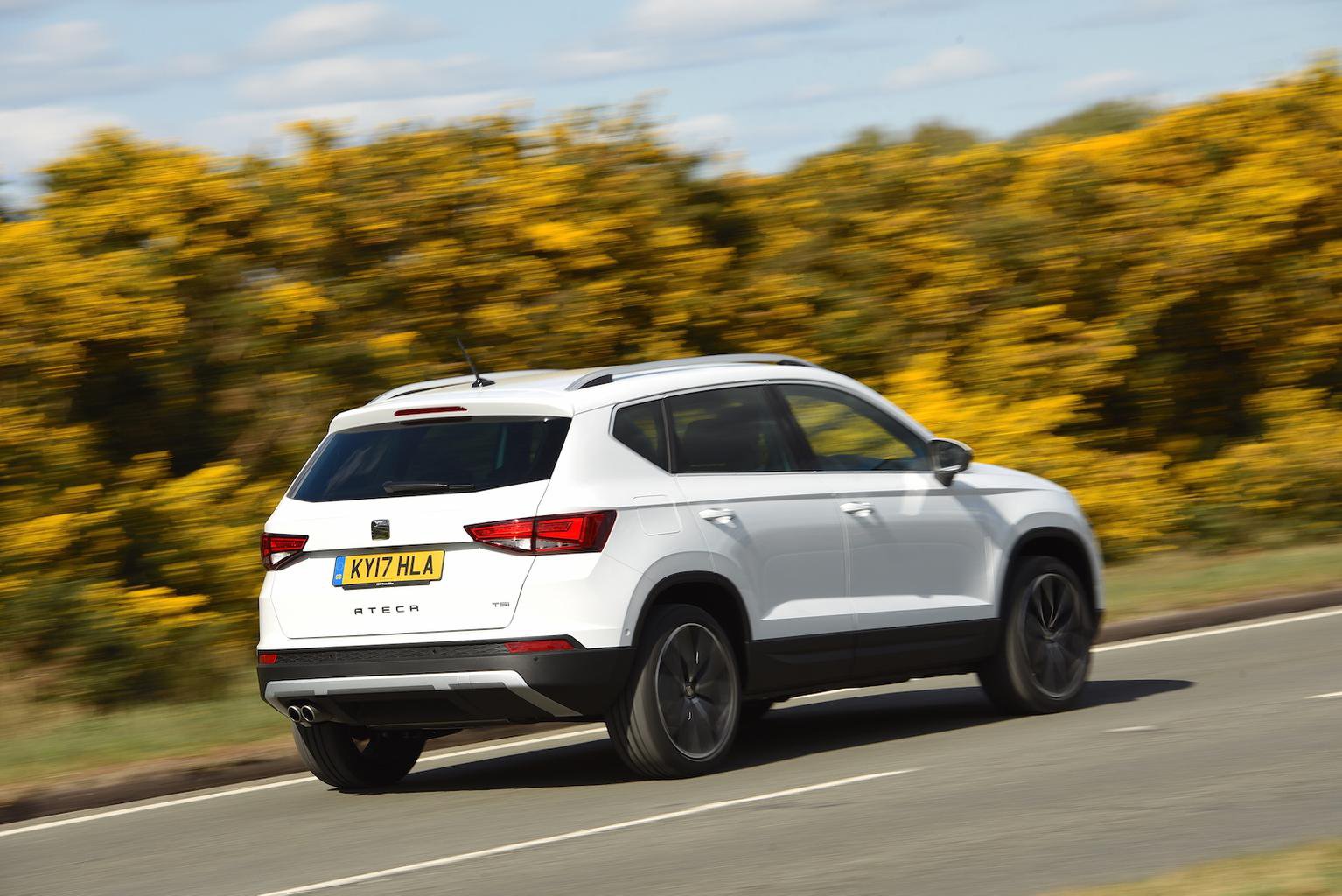 In the back, there’s space for three adults as long as they’re prepared to cozy up, but two people can spread out thanks to the generous head and leg room on offer. It’s just a shame the Ateca does without the sliding and reclining rear seats that feature on the Tiguan.

The boot isn’t quite as big as the Tiguan’s either, although you’ll squeeze more in the Ateca than you would a Qashqai – and most other rivals for that matter. The load bay is usefully square in shape and there are convenient levers to drop the 60/40 split rear seat backs. When these are folded down there is a sizable step in the floor of the extended load bay, although £115 gets you a height-adjustable boot floor that irons this out.