The Suzuki Vitara is one of our favourite small SUVs, but how will it fare as a photographer's assistant?...

Why it’s here To see how a small SUV with a 1.0-litre engine copes when asked to cover long motorway journeys and haul around our roving photographer's gear

Needs to Function as a mobile office when needed, be comfortable and economical on long trips and be able to swallow lots of photography equipment

They say you never forget your first, and like girlfriends, jobs and, erm, other experiences, I won’t soon forget my first company car, the Suzuki Vitara. And now it’s gone, I find myself missing its cheap and cheerful interior, its practicality and its long-distance comfort

First and foremost, let’s talk about the Suzuki’s boot, which is one of its biggest plus points. Its Tardis-like ability to fit my camera kit, tripods, lights and even a bike without ever feeling too full was nothing short of amazing. In fact, loading up with the weekly shop felt like bringing a tactical nuclear missile to a conker fight. And despite all of that space, the Vitara isn’t a large car – this is a small SUV that’s narrower than a Seat Arona, remember. 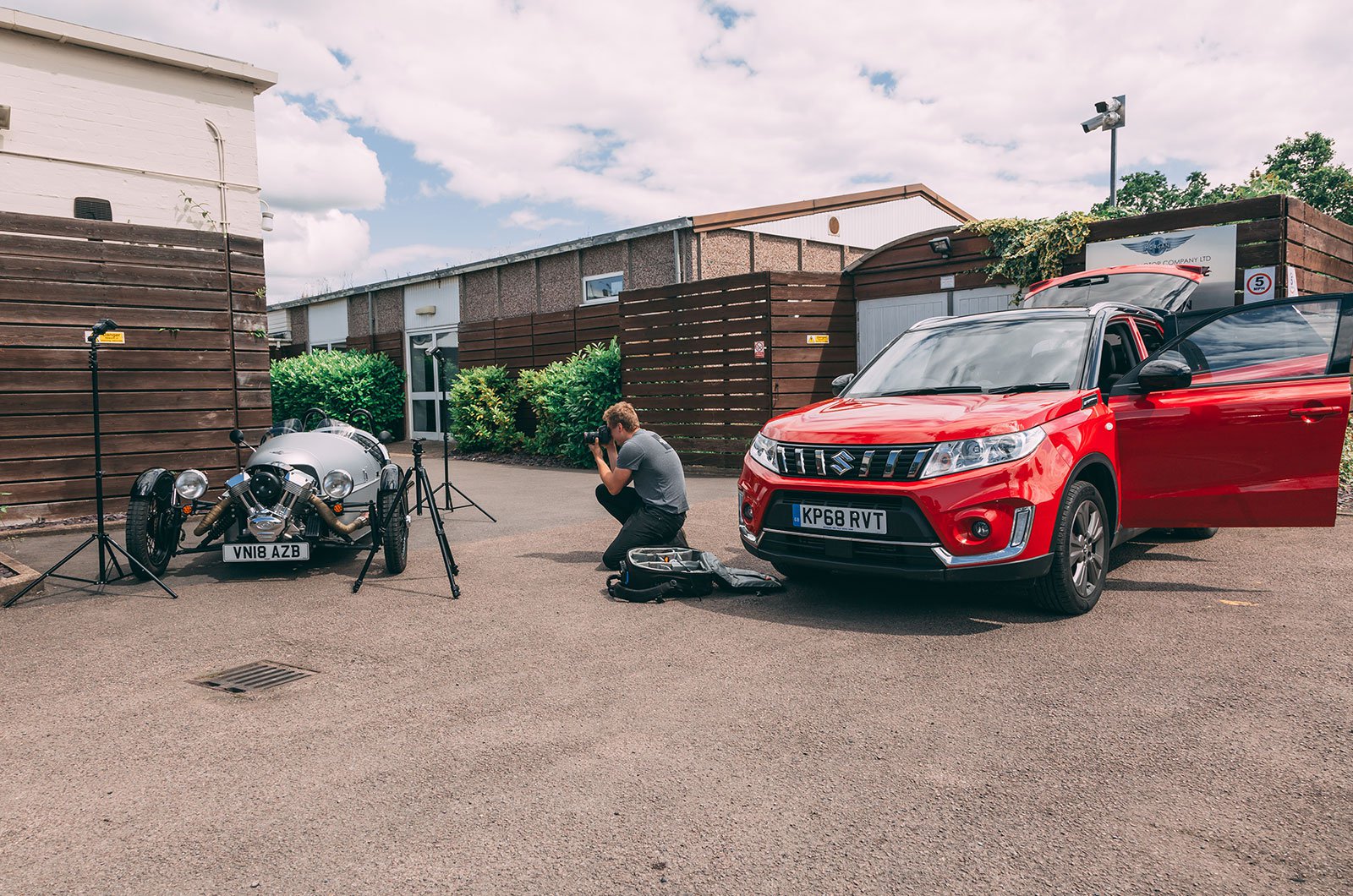 Then there’s the Vitara’s ability to remain comfortable and composed, even when I’m driving from one end of the country to another on various photography shoots. Covering as many miles as I do, I get to know a car’s interior very well during my time with it, and again the Vitara impressed. Okay, so the material quality isn’t up to the standards you’ll find in German-badged rivals, but it feels solid and built to last. And again, it’s spacious, with an assortment of places to hide my keys, wallet and the mountain of coffee cups that keep us What Car? photographers going.

A personal favourite cubbyhole of mine was inside the central armrest, which had an unbelievable amount of depth to it. It was so useful a place to fling items that I had to stop myself using it as a catch-all bin on more than one occasion.

And so to driving, and again it’s a big win for the Vitara. Despite only having a 1.0-litre petrol engine for power, I was impressed with how sprightly the Vitara feels, even at motorway speeds. It was handy for my wallet, too, returning 43mpg over my time with the car. And perhaps because of a smaller than average fuel tank, filling it up only cost me £40 per tank. As I've said before, the handling is brilliantly light, which for my urban commute is great; however, at higher speeds, the same lack of weight from the steering wheel can leave you feeling rather vulnerable on the motorway in harsh weather conditions. Certainly, I didn’t fancy going toe-to-toe with any adventurous HGV drivers when the wind was up. 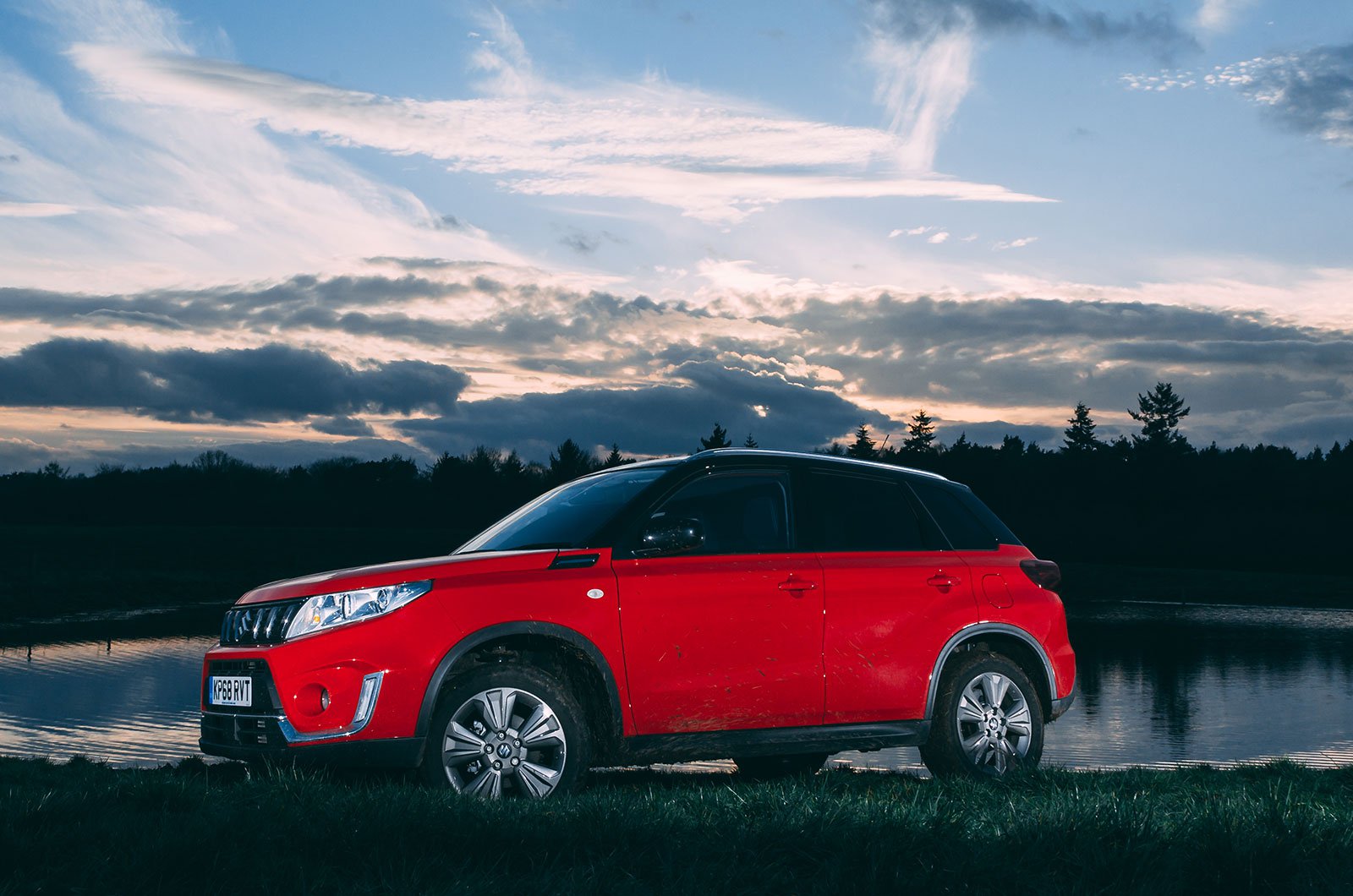 And while I suspect many Vitara owners will never explore the off-road limits of their cars, access to a family farm and acres of muddy fields meant I was able to put the Vitara to the test, even without Suzuki’s Allgrip four-wheel-drive system. I’ve driven over this terrain in many other cars – including a lumbering Land Rover Discovery – and found the Suzuki to be an interesting contrast.

The Discovery, for example, felt sure-footed but heavy, while the Vitara’s thin tyres and lower weight made it feel like a nimble mountain goat to the Discovery’s shire horse, scrambling up inclines and finding grip in the unlikeliest of places. And still the 1.0-litre engine gave me more than enough power to make progress on even the most difficult sections. In short, while both the Land Rover and the Suzuki could handle the terrain, the Vitara gave me the bigger smile while doing so.

It’s a huge thumbs up from me for the Suzuki Vitara, then, and looking back at the many price point accolades this car won at the annual What Car? Car of the Year Awards, it seems our road testers agree with me. So it boils down to this: there are far more expensive small SUVs out there, and some do a better job than the Vitara, especially in terms of interior quality, but this small Suzuki is perfect for someone shopping at the budget end of the market. Certainly, and like my first love, I shall miss it now it’s gone.