From eating behind the wheel to tricks that can supposedly deceive speed cameras, we de-bunk the biggest UK driving myths.....

British folklore is laden with myths and legends, many dating back to the middle ages and before. 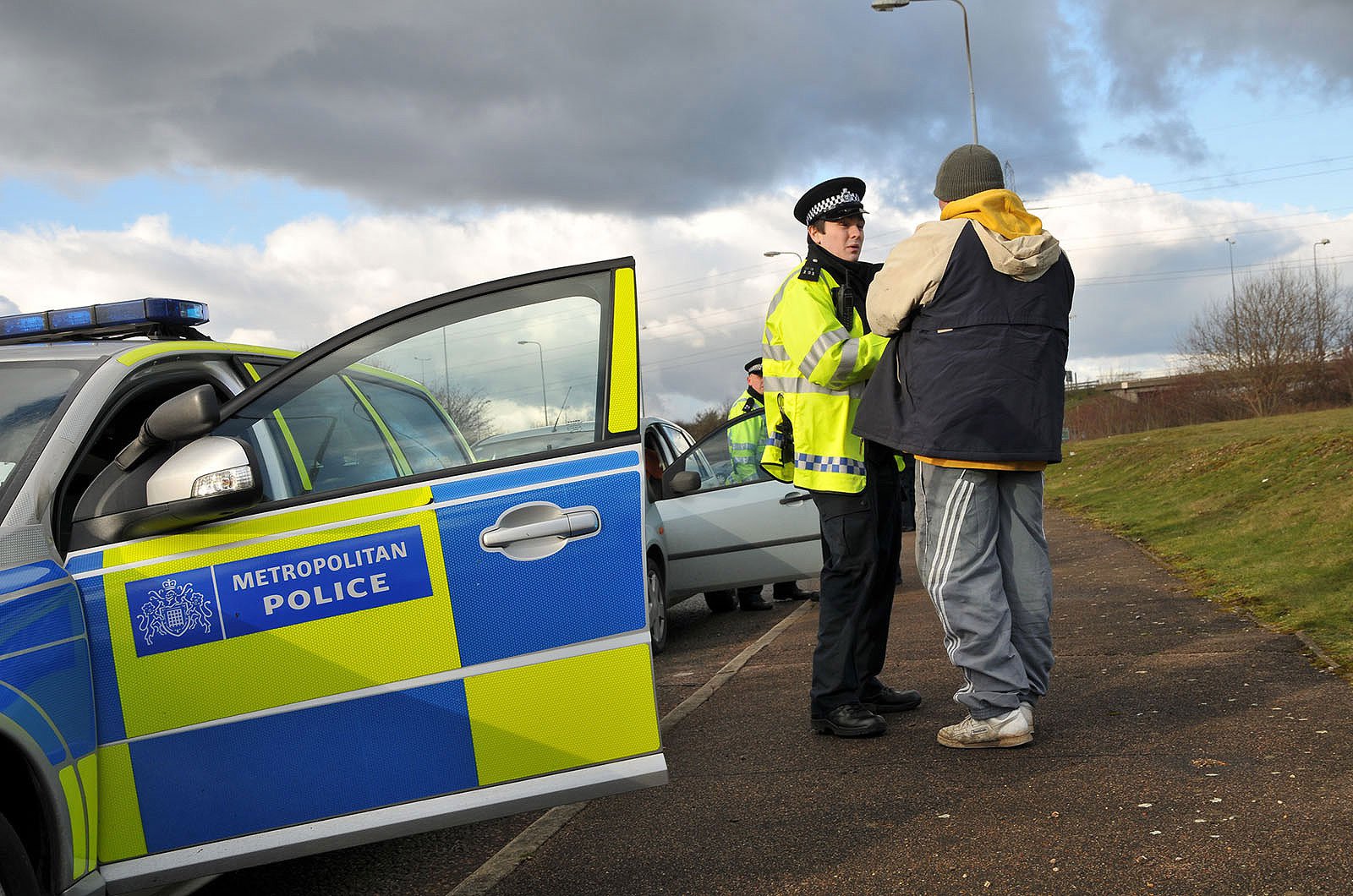 To put it simply, they’re part of our heritage. Since the invention of the car, we’ve fabricated a few motoring myths, too. But fear not, What Car? is here to cut through the noise and decipher what’s fiction, and where you actually need to worry:

Slideshow story – please click the right-hand arrow above to continue

It’s illegal to eat and drink at the wheel 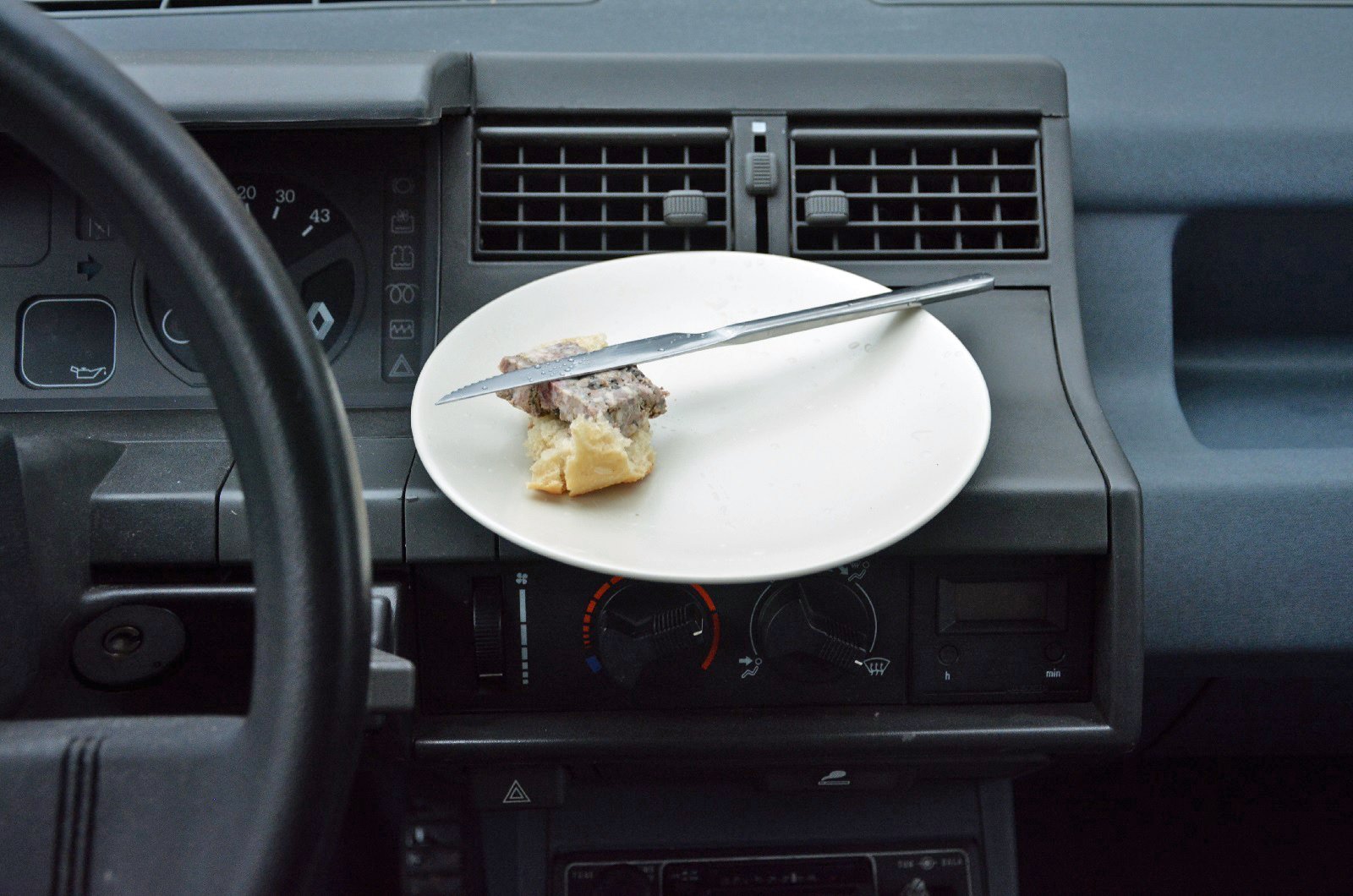 Whether it’s a breakfast bar on the way to work or a coffee during the wee hours on the M40 – most of us will eat or drink behind at the wheel at some point. However, for years, many have believed it illegal to consume anything when in control of their vehicle. In short, it’s not – however it isn’t advised.

Rule 148 of the Highway Code states: “Safe driving and riding needs concentration. Avoid distractions such as eating and drinking.” In other words, don't focus on your Big Mac more than the road ahead.

It’s illegal to have an interior light on while driving 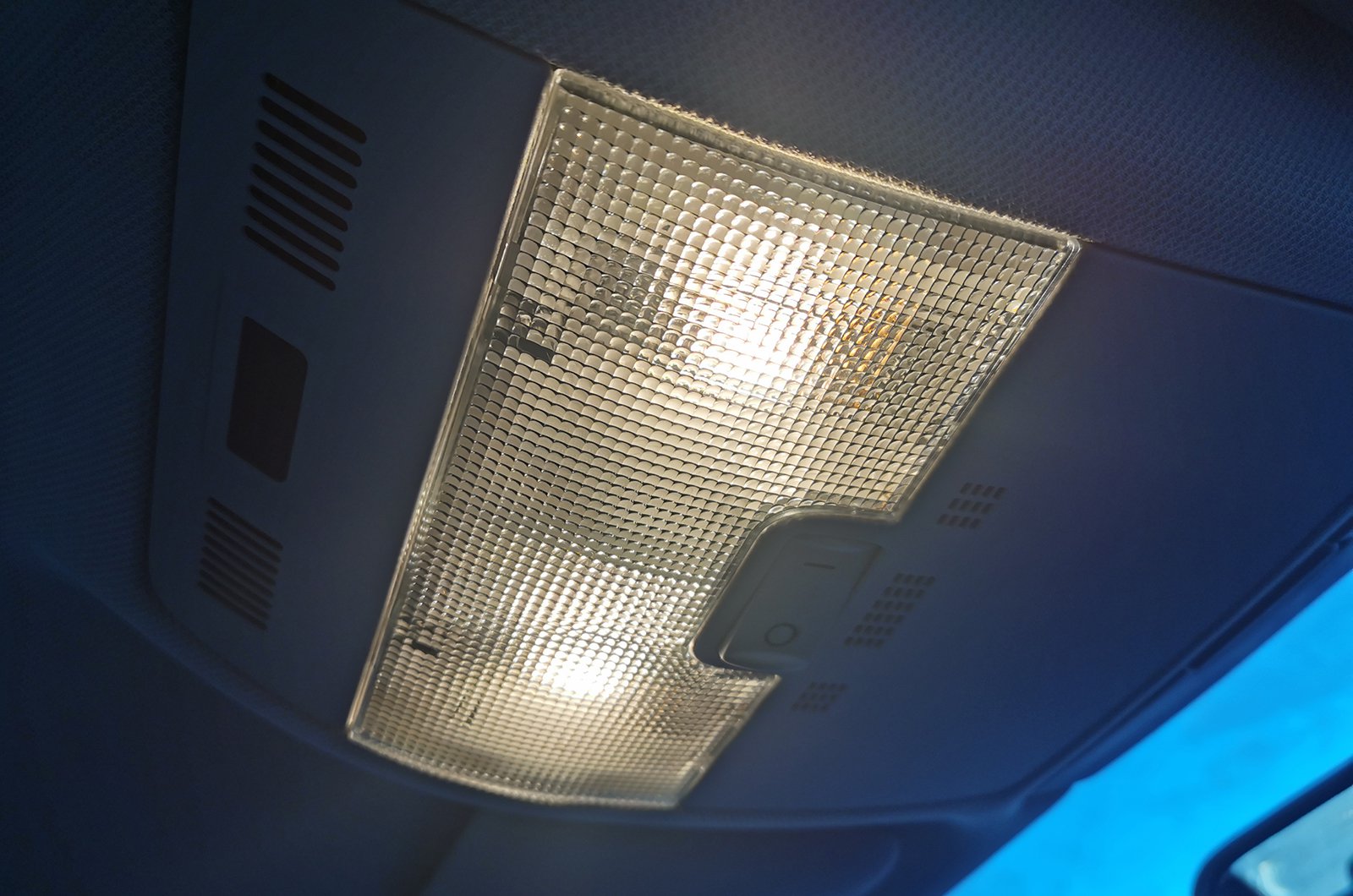 You’re trundling along a dark B-road in the dead of night when your passenger flicks on the interior light. While not blinding, we all know this to be an irritant. As the light reflects off the inside of your windscreen, your view is somewhat impaired.

This isn’t illegal, but if the light is deemed a distraction, a police officer is well within their rights to ask you to turn it off, and if you refuse, a fine could be coming your way.

I can't use my phone as a sat-nav 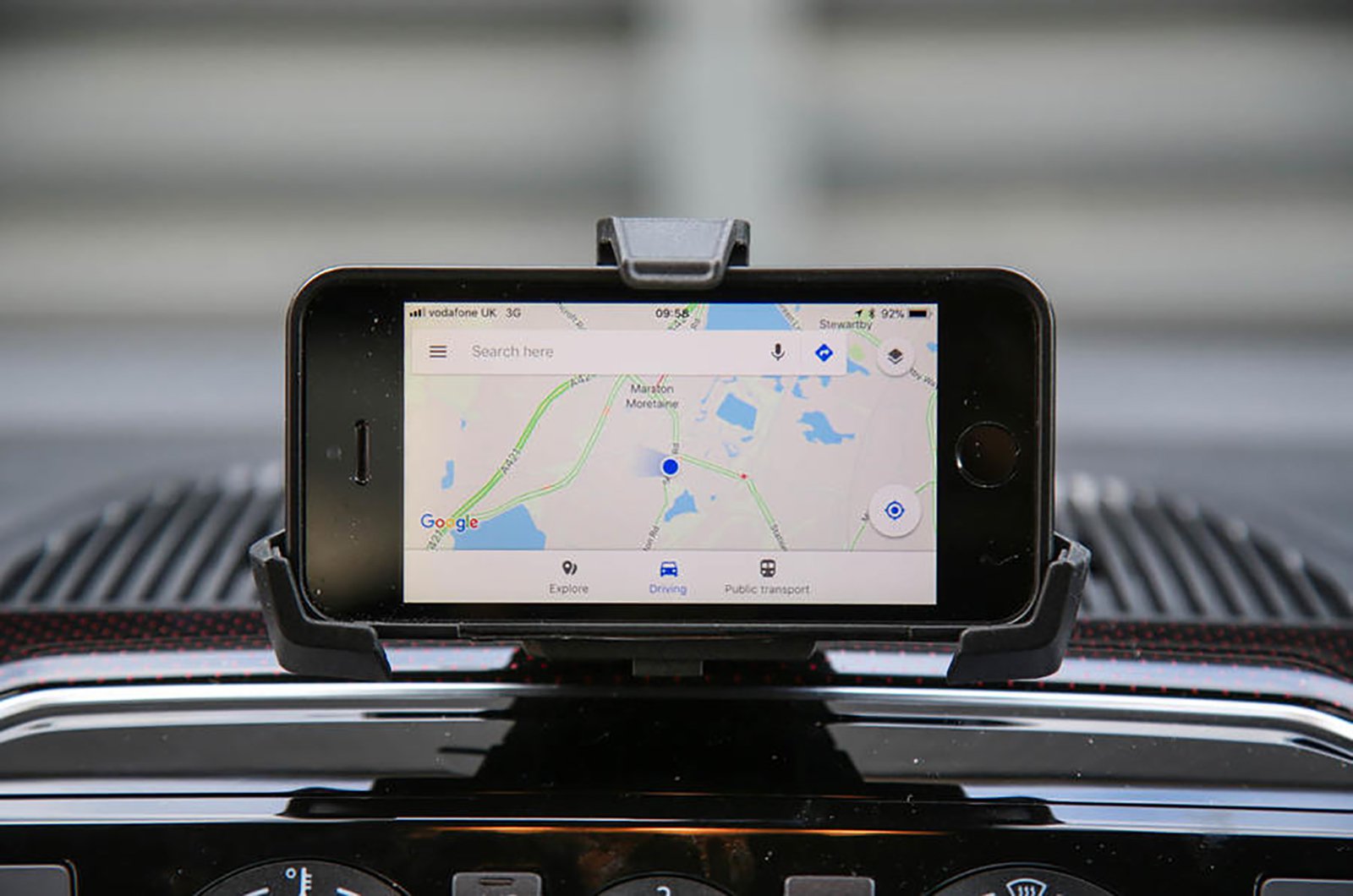 Since 2017, which saw a nationwide crackdown on behind-the-wheel mobile phone usage (£200 on-the-spot fine and six points), many have been left unsure whether they can use their mobile as a makeshift sat-nav.

In short, you can. However, the phone has to be in a fixed position – either to the dashboard or windscreen – and can’t block your view of the road. The usual phone-related punishments will be administered if you don’t meet these criteria.

It’s illegal to have open alcohol in the car 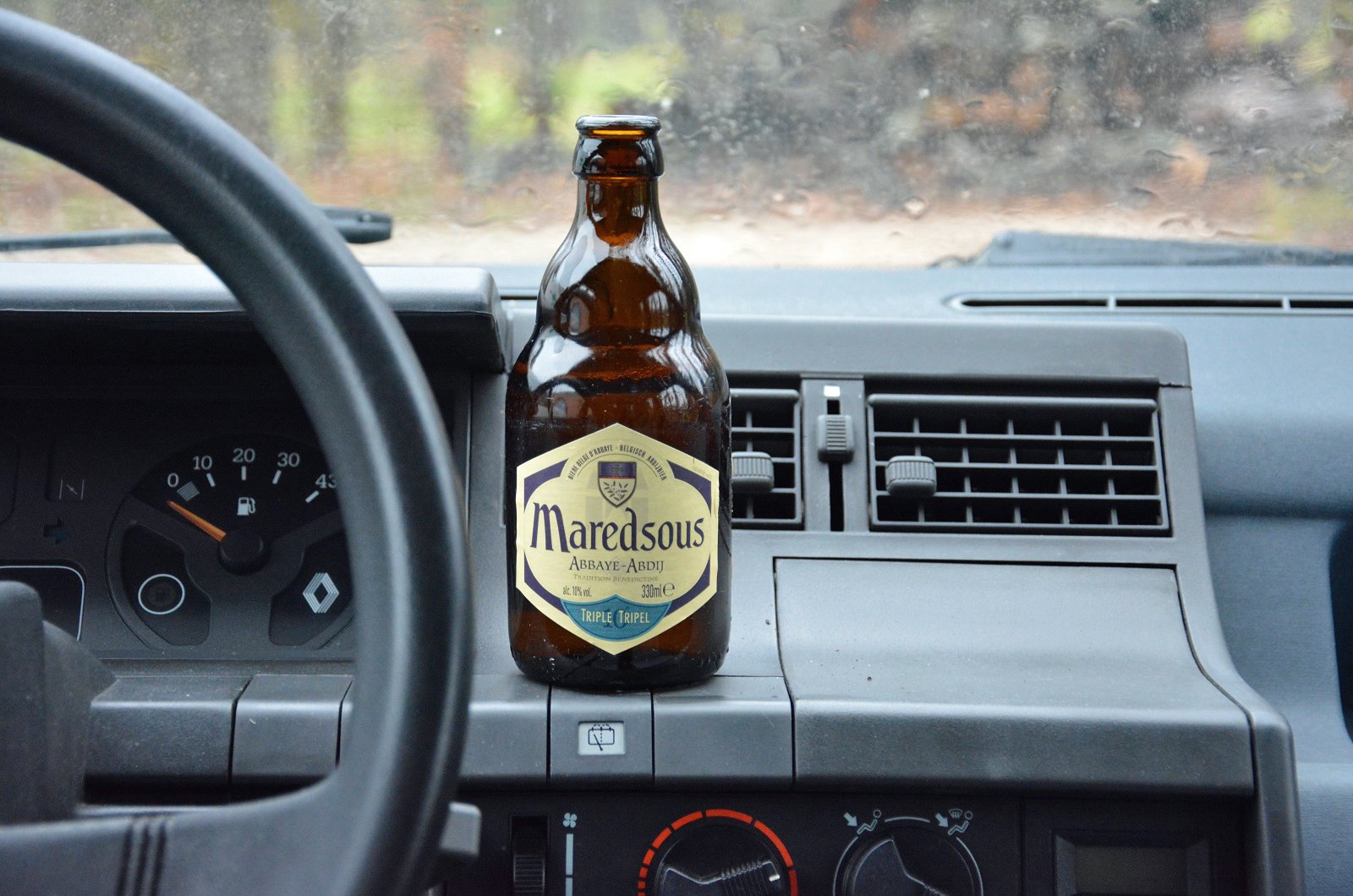 While it’s not illegal for passengers to enjoy a few beverages on the move, it isn’t recommended, because having all occupants of a car alert and attentive can help reduce the likelihood of an accident.

It’s worth knowing, however, that if you’re supervising a learner driver, the usual drink driving laws still apply, as do phone-related restrictions.

It’s illegal to have earphones in while driving 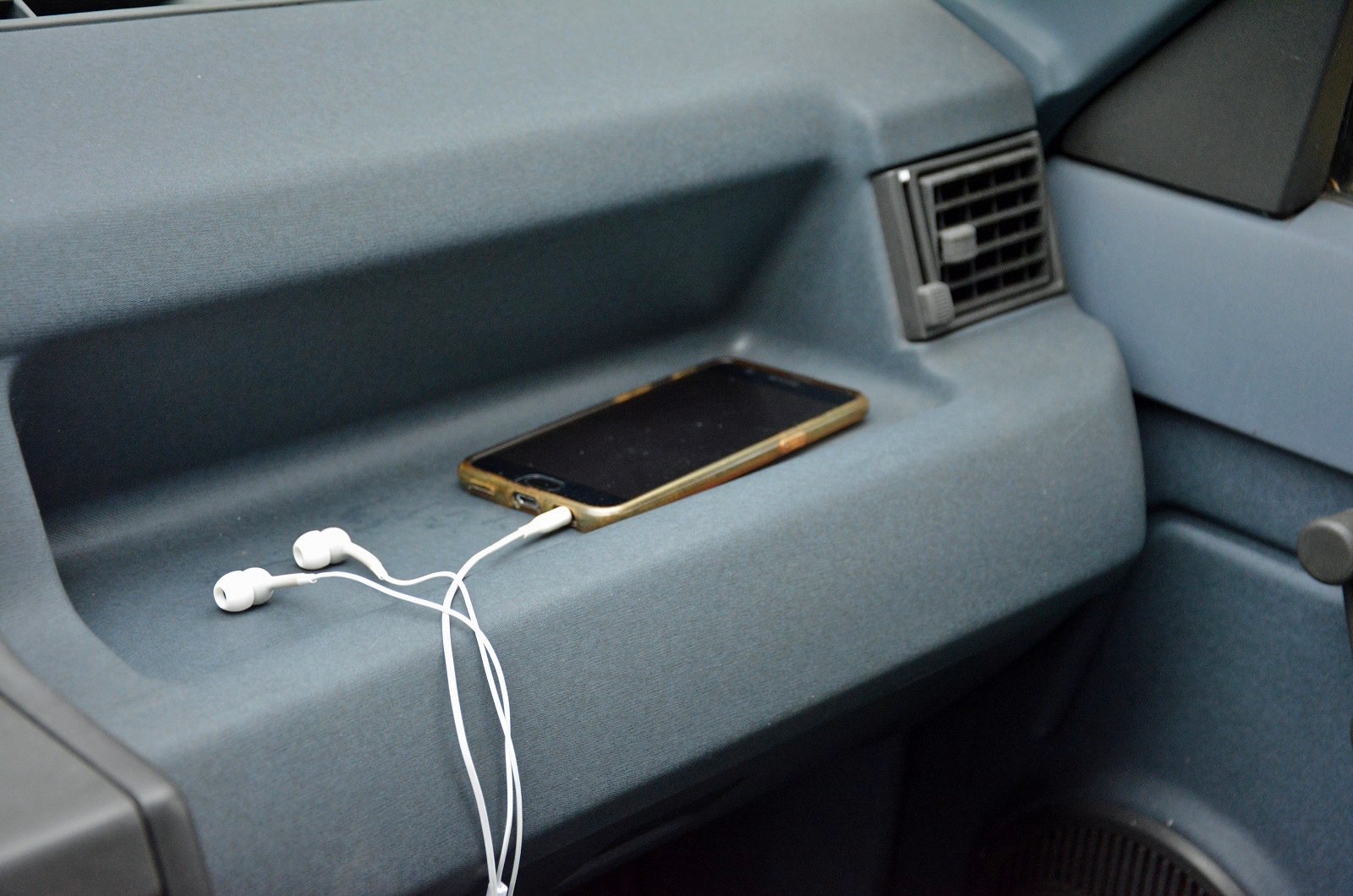 Many a cabby or delivery driver will be seen zooming around with earphones in, most of the time because they’re receiving calls from head office. And some people – usually those with older cars – use headphones to listen to music because their vehicle doesn’t have the latest in Bluetooth connectivity, or even an AUX-in socket.

But despite the commonness of it, this is another one that's not strictly illegal, even though we wouldn't recommend it. Blocking out exterior noises, such as car horns and motorbikes, can massively increase the risk of an accident.

If a speed camera doesn’t flash, I haven’t been caught 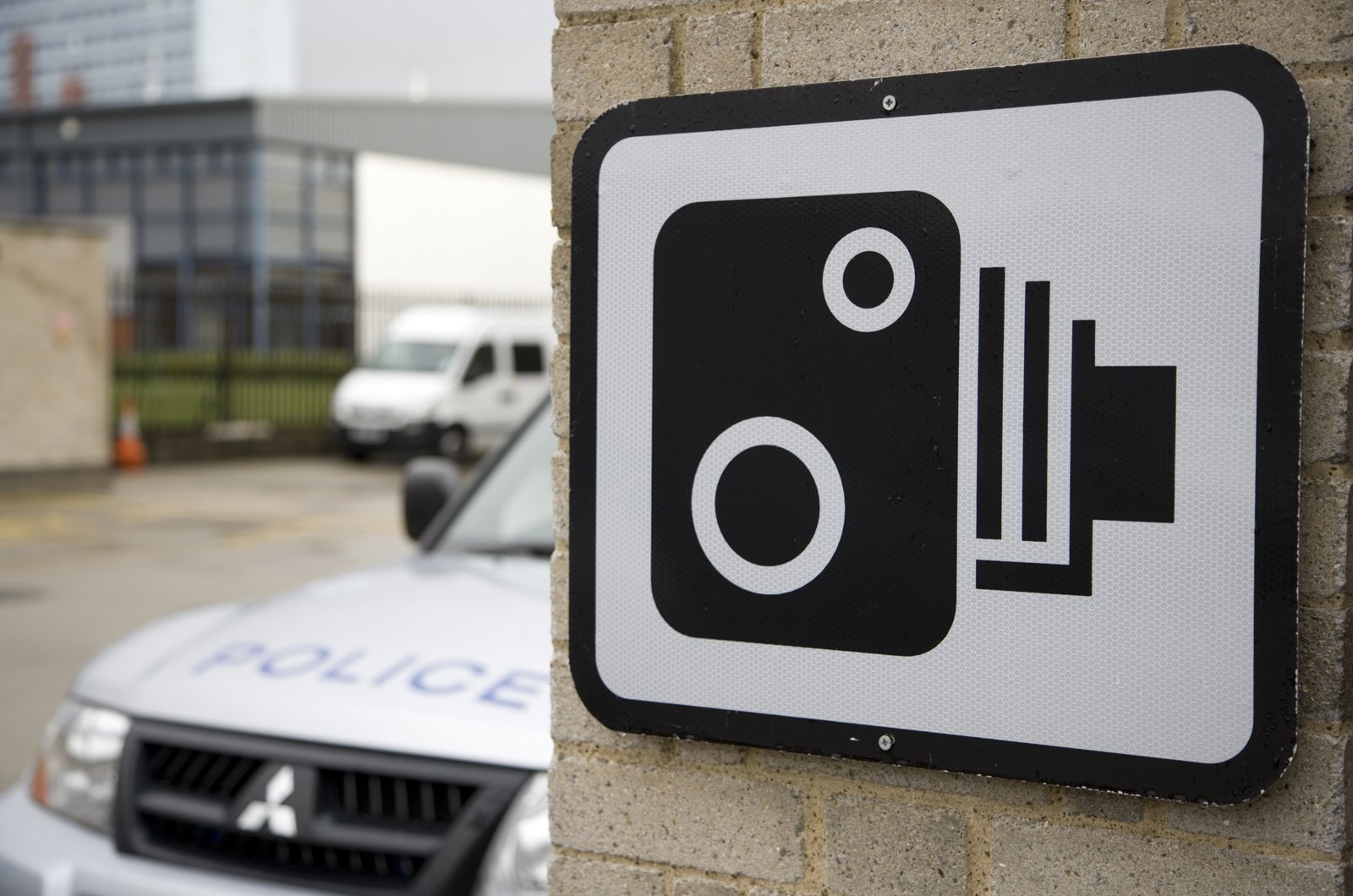 Ever unwittingly driven past one of those pesky yellow boxes and immediately glanced in your rear-view mirror, hoping not to see a flash? Probably, and most of us have been there. But, unfortunately for most of us, no flash doesn’t guarantee no conviction. In fact, only a handful (most notably the classic Gatso) of speed camera types in the UK flash upon catching a speeding motorist. Many others use infra-red to determine your speed.

Best way to be safe? Stick to the limits.

All speed cameras have a 10% tolerance 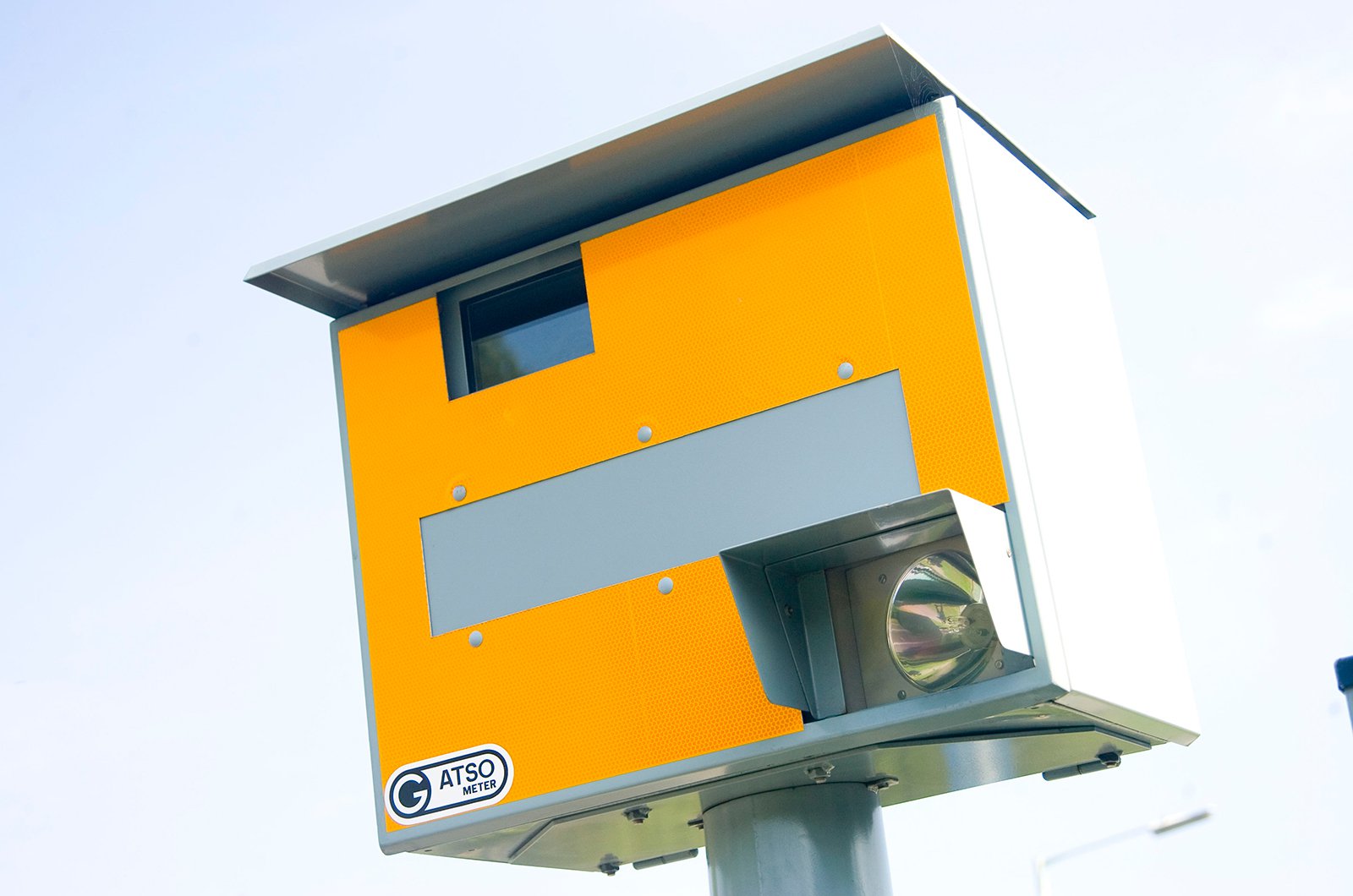 In 2019, a UK motoring magazine contacted 45 police forces across the UK in an effort to once and for all reveal each region’s camera tolerances. A total of 33 forces responded, with 25 revealing their margins. Most claimed that their cameras have a tolerance of 10%, plus 2mph.

This means that on paper, you can do 35mph in a 30mph zone before the camera flashes (or doesn’t, as we’ve already discussed). However two, Lancashire and Metropolitan Police, claimed a tolerance of 10% plus 3mph.

So, what does this mean for drivers? Well, two forces (Scotland and Nottinghamshire) refused to acknowledge the existence of the tolerance, therefore questioning whether there is one in those regions. And, despite many of the forces claiming a margin, that doesn’t necessarily account for mobile speed cameras or patrol vehicles, many of which rely on the judgment of the operator/driver.

Fully comprehensive insurance covers me to drive anything 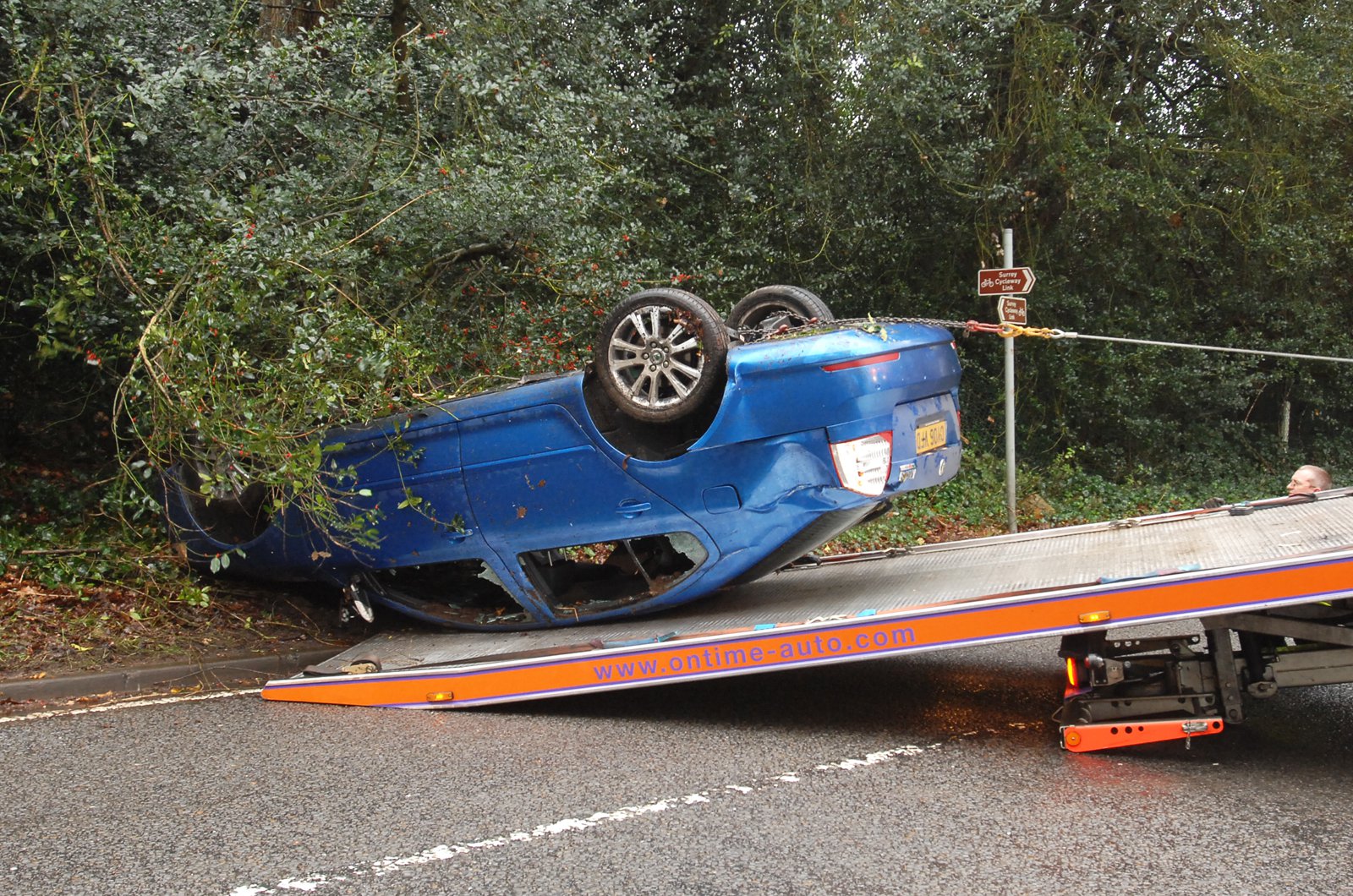 In many cases, drivers with fully comp insurance are covered to drive another vehicle with the blessing of the owner, and providing that car has insurance of its own. However, if you’re under 25, have any previous motoring convictions or the vehicle you’re intending to drive is unusual – extremely rare, very powerful, etc – there’s a decent chance you won’t be covered.

In such a situation, all laws regarding uninsured driving apply. We therefore suggest always checking with your insurance provider first.

The high speeds on motorways makes them more dangerous 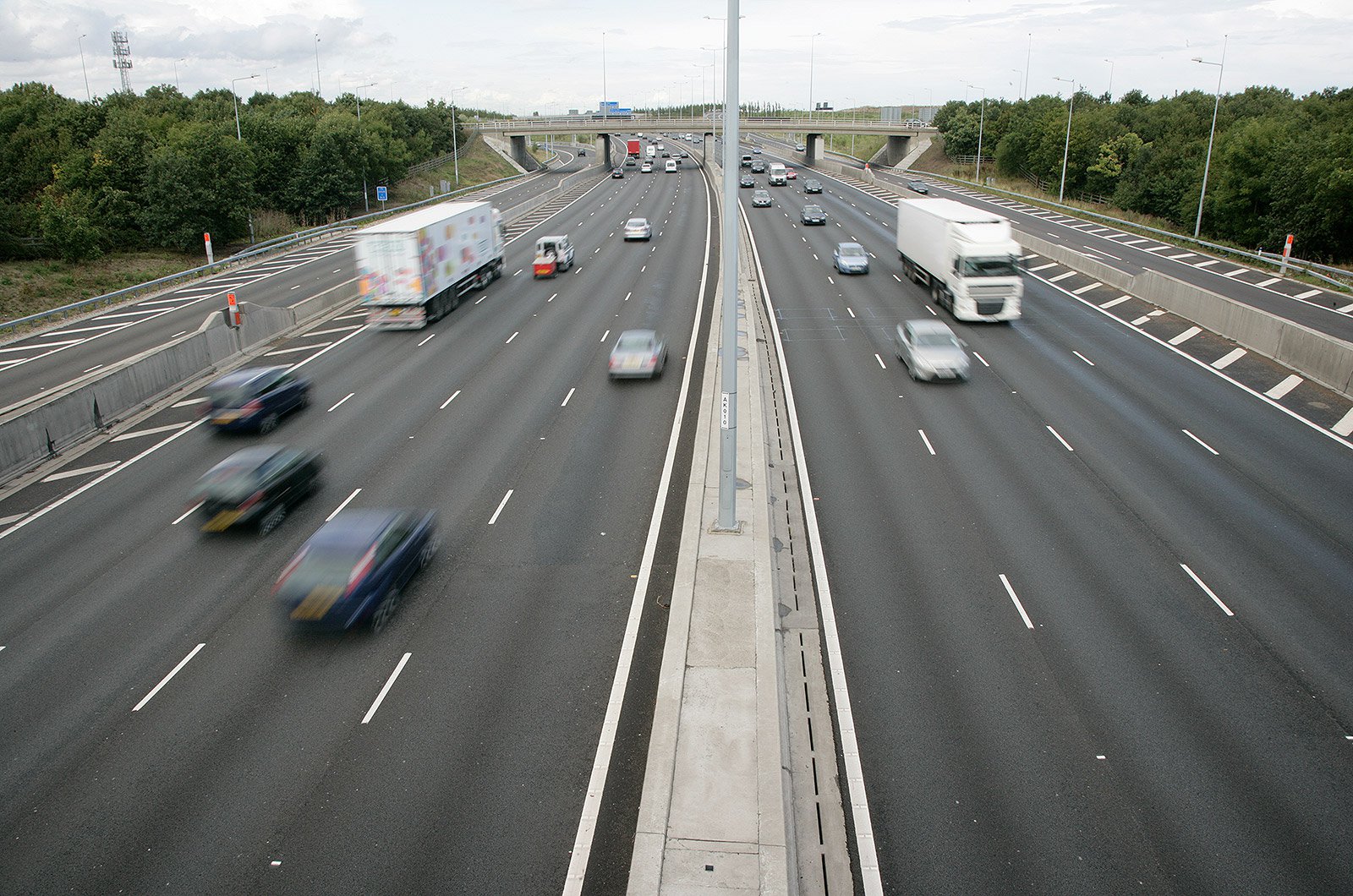 Despite their high speeds and constant traffic flow, many might be surprised to discover that motorways are statistically the safest roads in the UK.

In 2018 the majority of road causalities (63%) occurred on roads in built-up areas, and the majority of fatal accidents (58%) occurred on rural roads – the most dangerous of which (between 2015-2017) being the A5004 in Derbyshire. By contrast motorways, despite carrying 21% of all UK traffic, only accounted for 6% of all road fatalities.

The colour of your car will affect your insurance premium 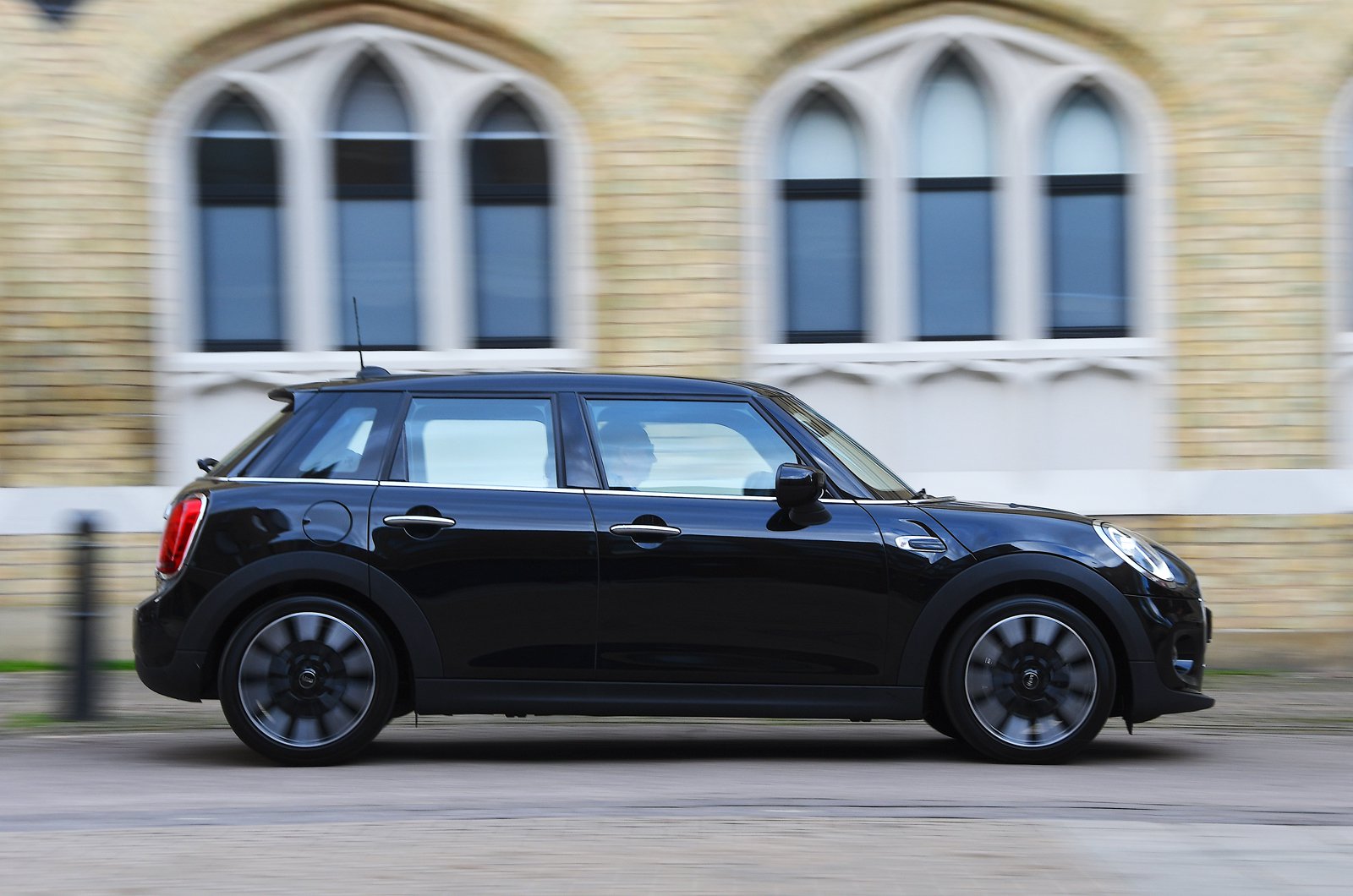 You may have heard that red cars are the most expensive to insure, but that claim has since been debunked by insurance companies.

When speccing your next car, though, you might want to consider the findings of a slightly ambiguous study which professed that black cars are 47% more likely to be involved in a crash, while white, gold and yellow cars least accident prone.

It’s illegal to drive in socks or flip flops 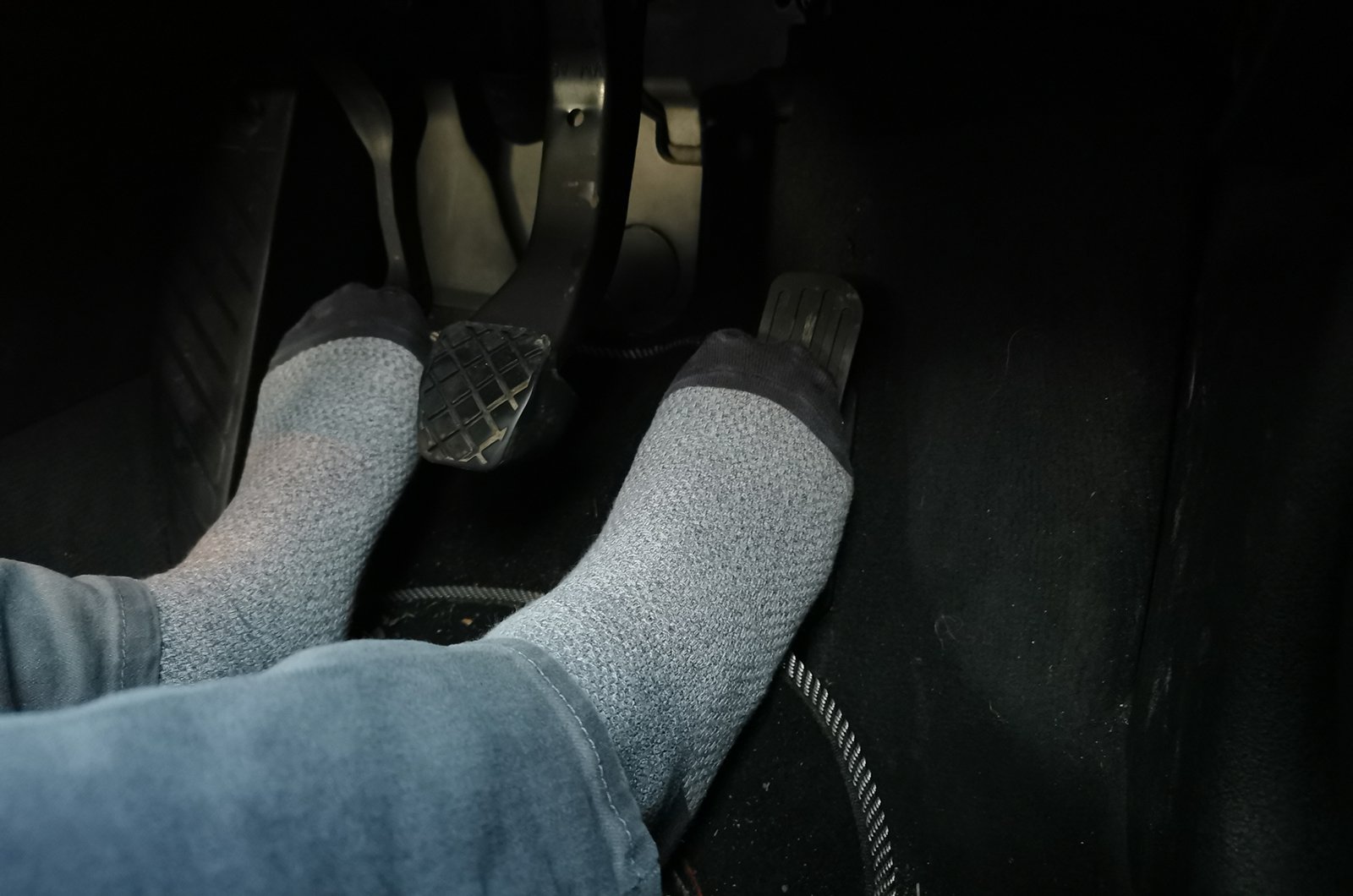 Contrary to common belief, driving without shoes is in fact not illegal. Nor is driving in flip flops.

However, rule 97 of the Highway Code states that drivers must have “footwear and clothing which does not prevent (them) using the controls in the correct manner”. 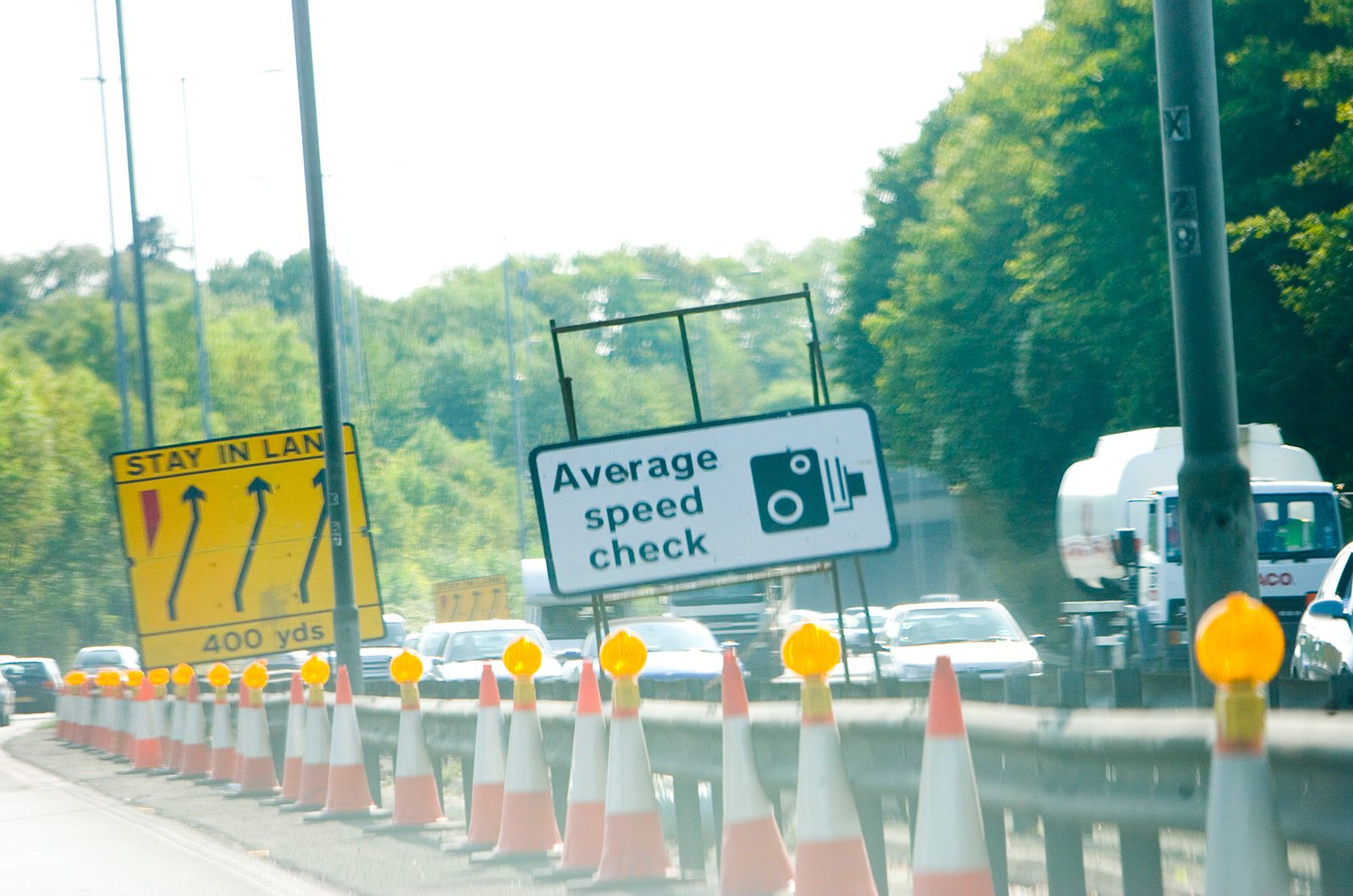 Irritating they may be, but a 2016 study by the RAC Foundation established that average speed cameras cut the number of crashes resulting in death or serious injury by a third where in use.

But despite their proven track record, many drivers have tried to deceive these cunning yellow boxes. In the early days of the SPECS system used across the UK, changing lanes in average speed camera areas would cause the system to lose track of your car, thus resulting in no conviction.

Due to extensive updates, however, even tricks like this can’t deceive the technology today.

I can have one drink and still drive 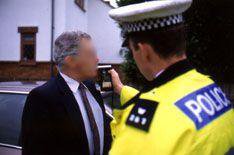 The law states that in England and Wales, the alcohol limit for drivers is 80mg of alcohol per 100ml of blood – in Scotland it’s 50mg per 100ml. So, in that sense, the law is very cut and dry.

What isn’t so clear is each person’s individual limit. For example, your weight, metabolism, gender, and what you’ve eaten that day all has a bearing on much you can drink before reaching, and going over, the limit.

In short, some people can have one drink, whereas other can’t. But our advice would be: never drink and drive. 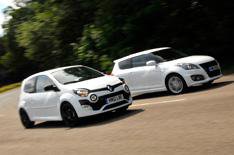 Overtaking is one the most dangerous manoeuvres a driver can make while behind the wheel; driving in the opposing lane, for just a few seconds, massively increases your risk of crashing, with the results often being catastrophic.

Despite what you might have heard, though, it’s illegal to break the speed limit while passing another car. Yes, overtakes that are done swiftly are often the safest, but breaking the limit is simply a no go, and if you’re caught doing so while overtaking, the usual fines and points will find their way to your letterbox.

I can’t drive round a roundabout more than three times 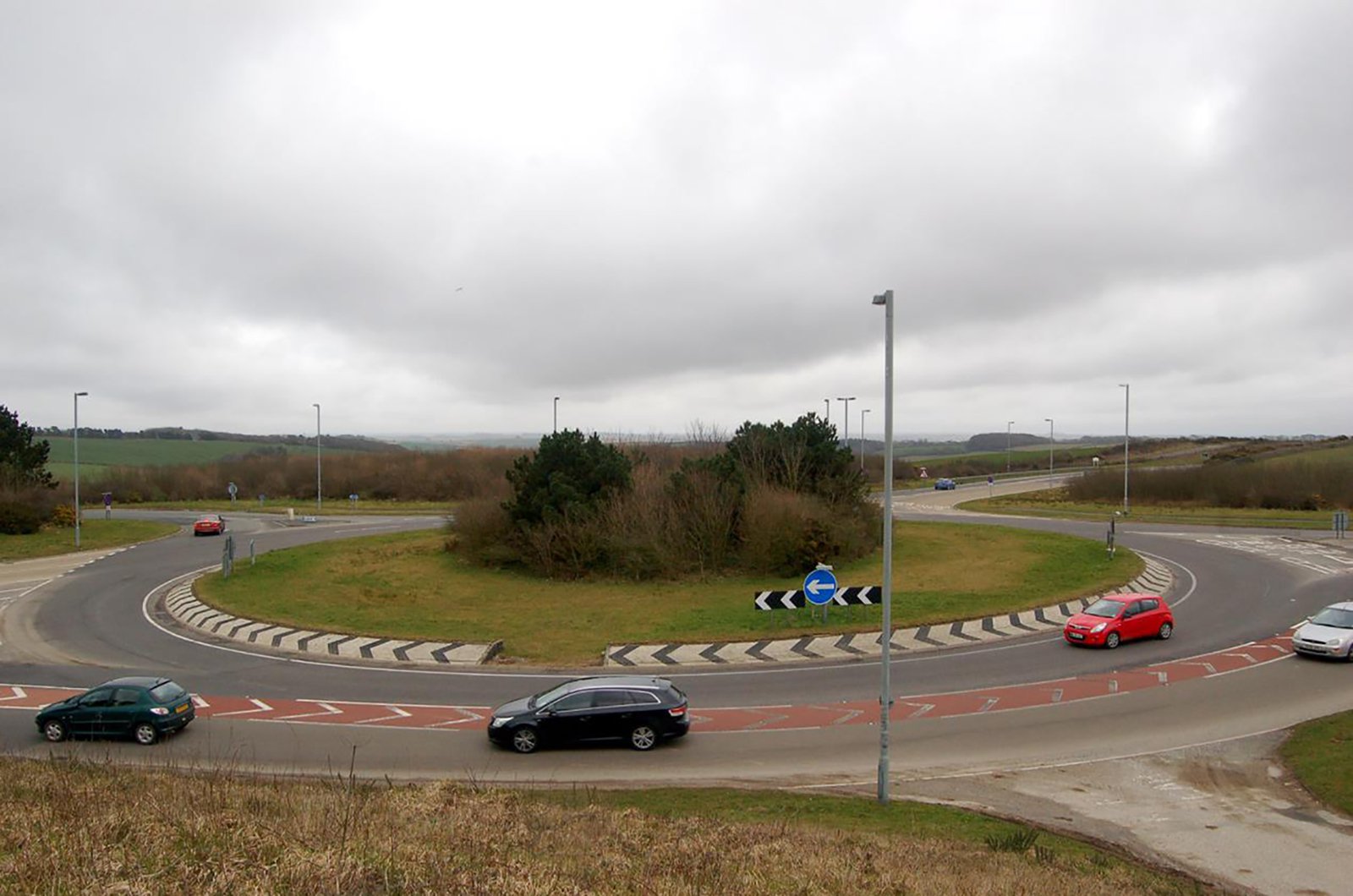 This is a classic, and we’re not quite sure how it originated. But while it's amusing, it is of course untrue. You should select the correct lane on the approach to the roundabout and stick to it. If you make any erratic movements or lane changes, police are within their rights to stop you for driving dangerously or without due care and attention. But they won't stop you for going around one too many times.

You can't drive too slowly 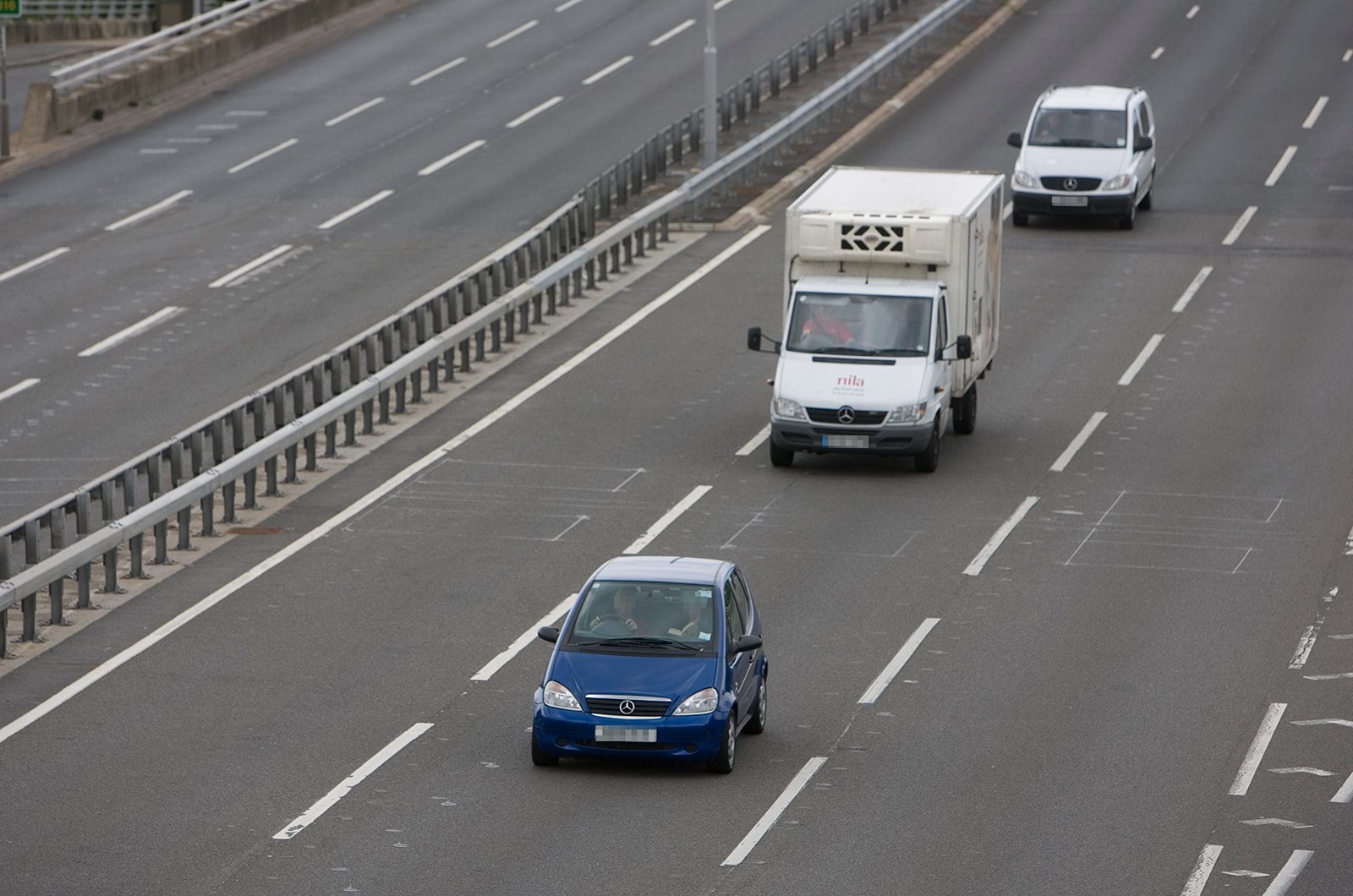 Speeding accounted for 85% of all motoring offences in 2018, with 2.1 million tickets issued across the nation. However, a little-known fact is that driving too far below the limit can also warrant punishment, namely an on-the-spot fine of £100 and three points on your license. Despite this, there are currently no legally enforced minimum speed limits on UK motorways, therefore what speed is deemed too slow is down to the discretion of the officer that pulls you over, as they surely will sooner or later. 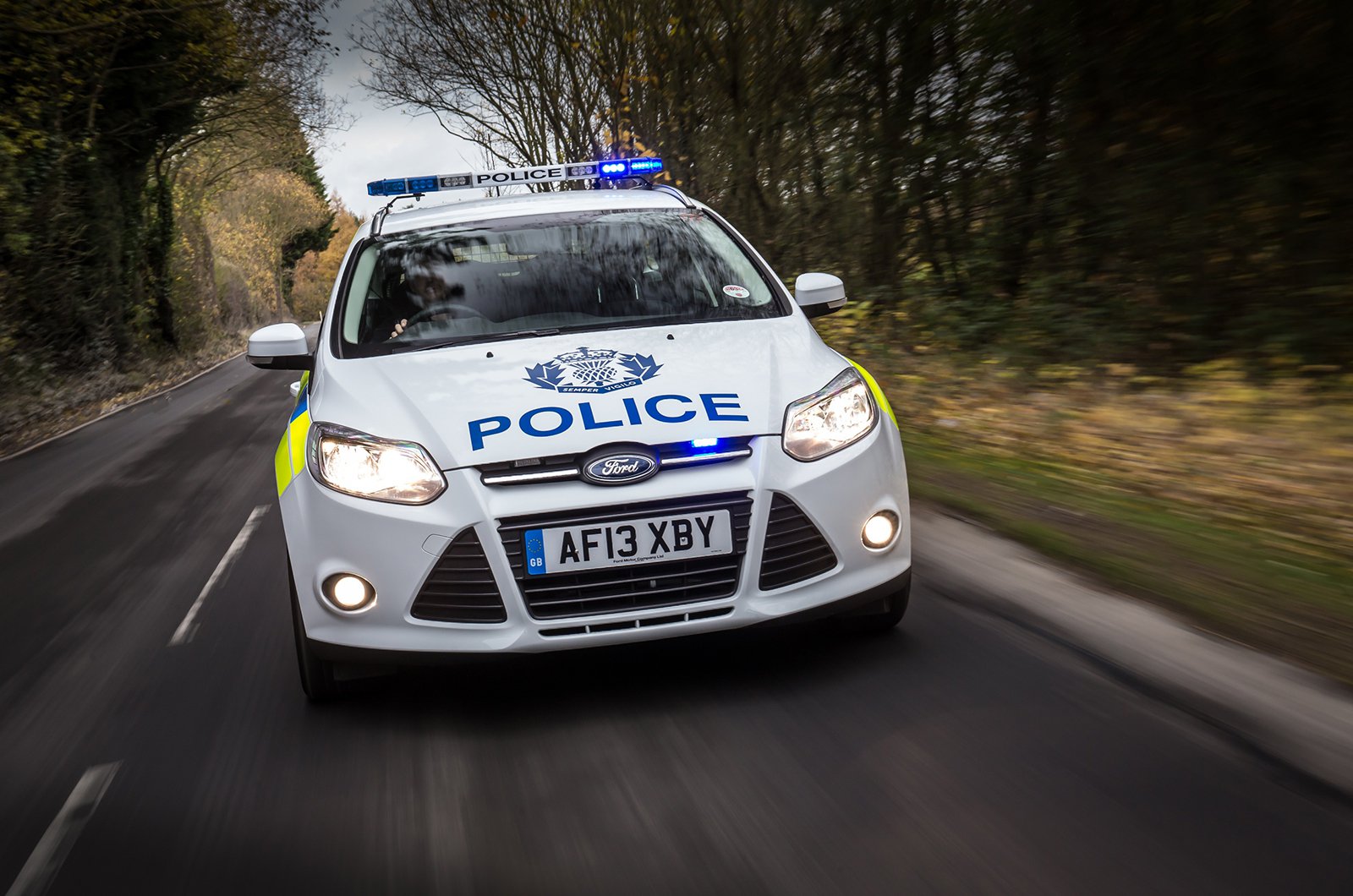 It can be intimidating, panic-inducing and concerning when an emergency vehicle on blues come roaring up behind you. Most drivers move out of the way as quickly as possible, but running a red light in order to do so is strictly illegal.

Rule 219 of the Highway Code states that drivers must take “appropriate action” to allow emergency vehicles to pass, while “complying with all traffic signs”. Failure to do this could result in an on-the-spot fine and three points.

I can use my phone while in traffic 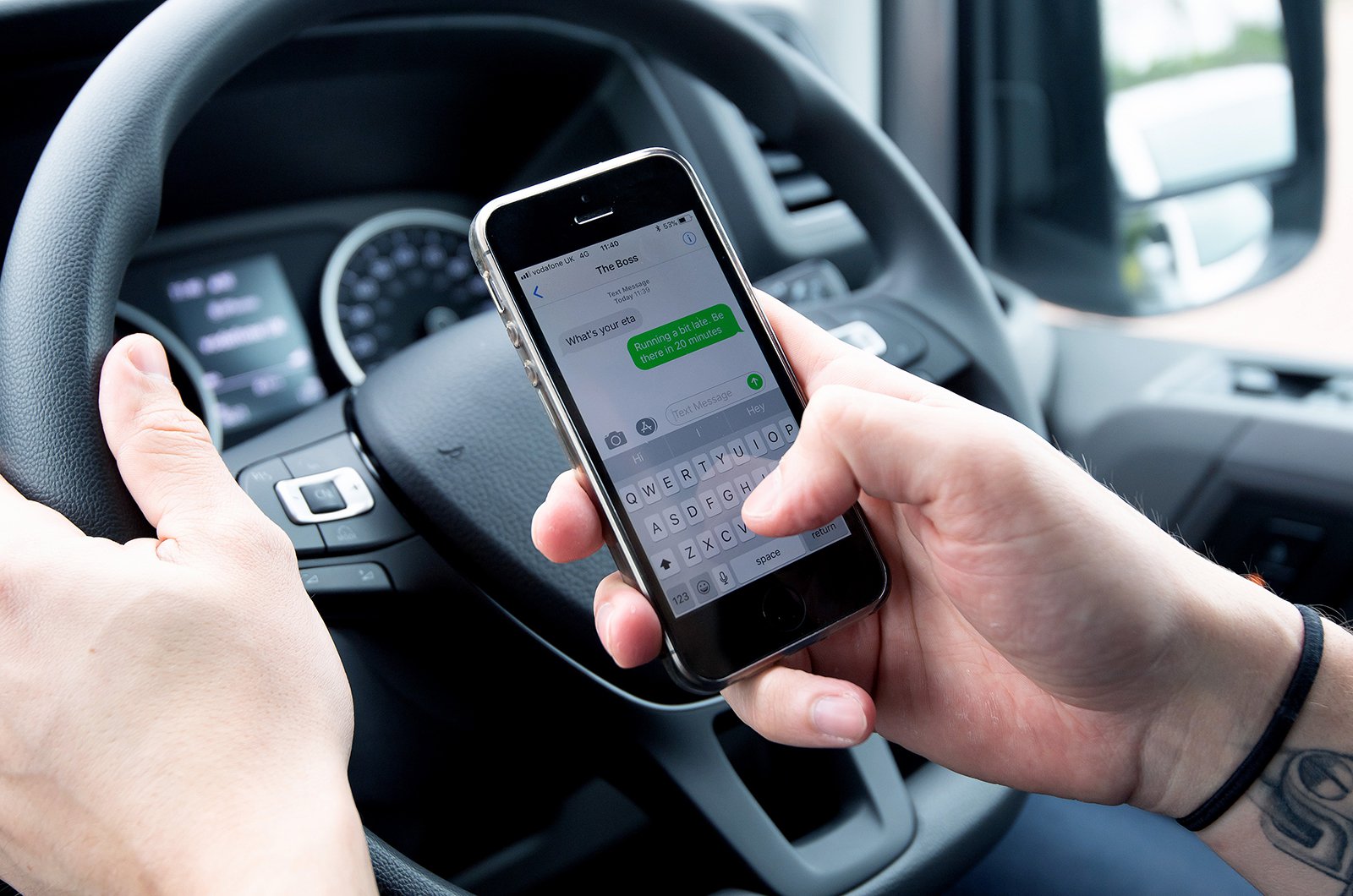 As previously mentioned, the laws surrounding phone usage while driving are very clear. However many are still of the assumption that if their car is stationary, the laws are null and void. This most certainly isn’t the case – the only time when using your phone behind the wheel is permitted is if the engine is off and handbrake applied.

So if you’re caught flicking through Instagram while sat in traffic, you’ll soon have bigger things to worry about than how many likes you’ve had...

It’s illegal to use my phone at a petrol station 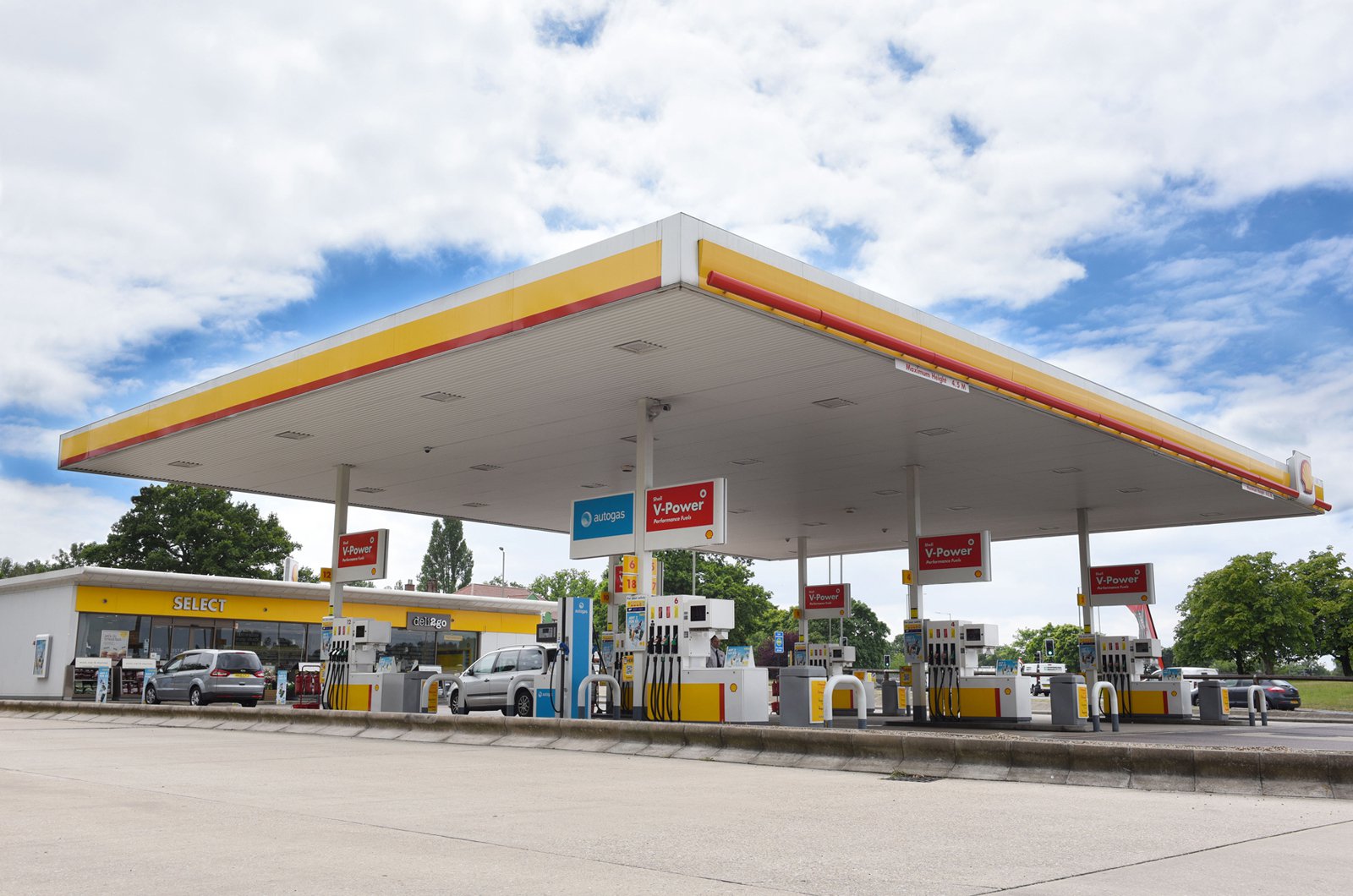 The idea that using a mobile phone on a petrol station forecourt could cause a fire to erupt was born in the aftermath of the Piper Alpha oil rig explosion off the coast of Scotland in 1988.

However, back in 2005 a study was conducted that found of the 243 petrol station fires around the world that had been attributed to mobile phone usage, none of them were actually caused by a handset. Despite this, some stations still ban the use of phones on their forecourts.