More for you |
VIDEO: New 2020 Jaguar F-Type V8 reviewCan I buy a car on finance and then pay it off? I can't use my £68,000 sports carUsed test: Jaguar F-Type vs Mercedes-Benz SL Best and worst sports cars for less than £60,000
Home
Feature
Used Porsche 911 vs Jaguar F-Type Coupe
feature

In 2014, the Jaguar F-Type Coupe first took on the Porsche 911. Three years on, how are both cars shaping up – and which looks like the best used buy?... 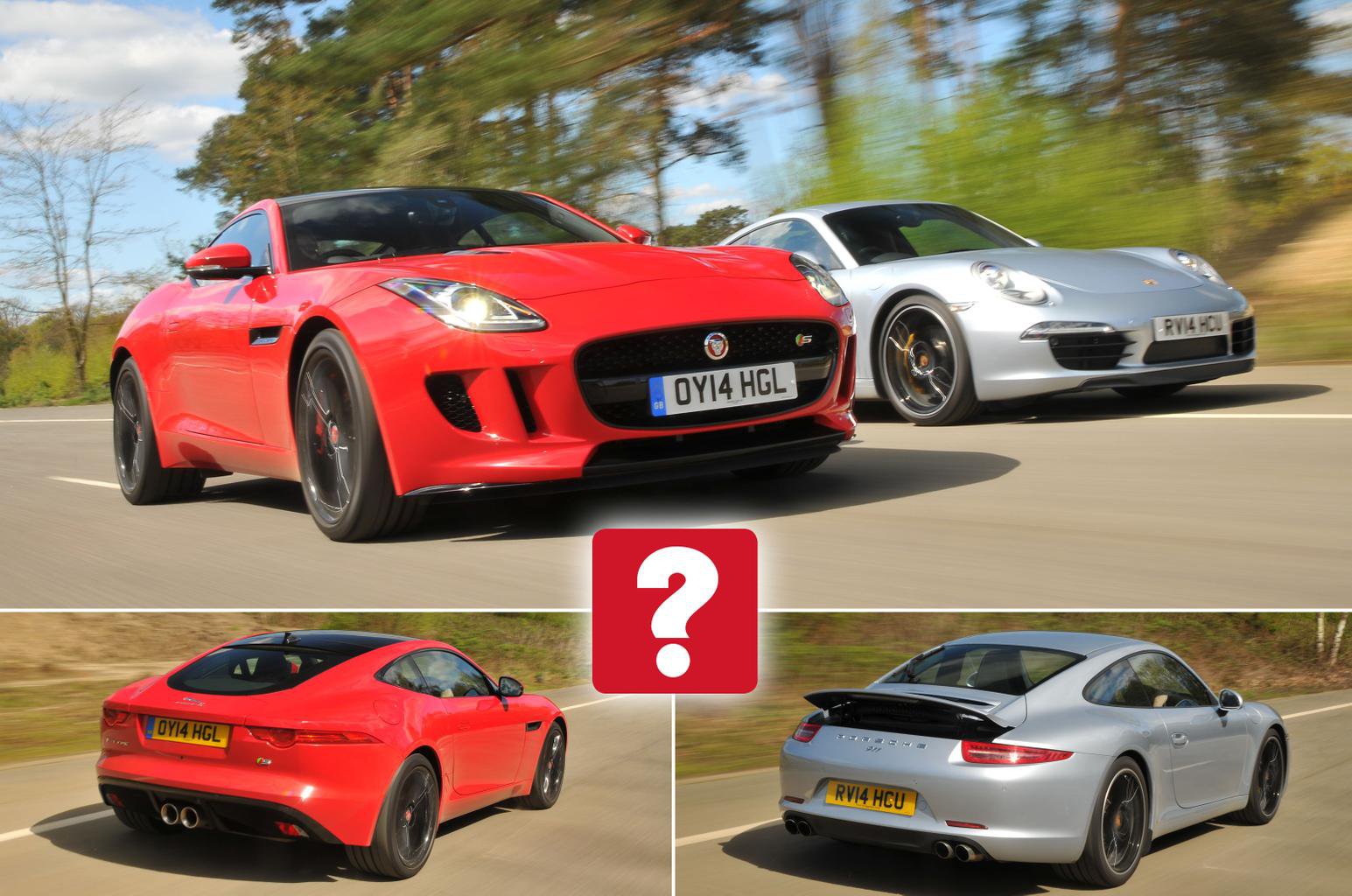 The sensationally stylish hard-top version of Jaguar’s sports car is starting to look an absolute steal.

The 911 beat the F-Type when the pair were new. But does that verdict still hold true today?

When the Jaguar F-Type Coupe was launched in 2014, it was one of the most hotly anticipated cars in years. This was the Jaguar to return the marque to the realms of building proper sports cars, or so the hype said. It would be, in short, the Jaguar to take on Porsche.

Unfortunately, when we first pitted the F-Type against a Porsche – a 911, to be precise – it couldn’t quite seize victory. But now that the F-Type is three years old, depreciation has had its way with values, and you can now pick up a used example for a temptingly lower price than when it was new.

What’s more, three years later, we can factor the F-Type’s reliability and ubiquity into the equation. Is it easier to find one, and will it let you down? Those are questions that might have an effect on the balance of power in this test – and that makes re-evaluation essential.

These two have the sort of pace that would embarrass Ferraris and Lamborghinis just a few years their senior, and they don’t rely on huge V8 or V10 engines to deliver it.

The Porsche’s 3.4-litre flat-six engine doesn’t even have a turbocharger or a supercharger, yet still pumps out 345bhp. It sounds epic, too, growling at low revs and screaming loudly enough to hurt your ears as the revs climb past 7000rpm. If you can find one fitted with the optional sports exhaust, it’ll allow you to make the 911 sound even more anti-social at the touch of a button.

The Jag’s 3.0-litre V6 engine is supercharged so it has even more power (375bhp) and it goes about its business even more noisily than the Porsche. It howls even when you’re just bumbling around town, while the exhaust spits and pops every time you lift off the throttle – especially if you engage Dynamic mode.

However, the F-type is considerably heavier than its German rival, so can’t accelerate quite as quickly. It’ll still hit 60mph in just 4.7sec, though.

Even in Dynamic mode – which also sharpens the throttle response and makes the steering heavier – the F-Type can’t life with the Porsche through corners. Turn the wheel and there’s an obvious pause before the nose of the car reacts, which you simply don’t notice in the lighter and stiffer 911. The Porsche also stays flatter through tight twists and turns and, ultimately, it’ll tear round corners at speeds that would have the F-Type sliding off the road.

It’s just a pity that the Porsche’s steering isnt’ a bit more involving. It’s impossible to fault for accuracy and always weights up reassuringly as you turn in to ends, but it just feels a bit sterile. 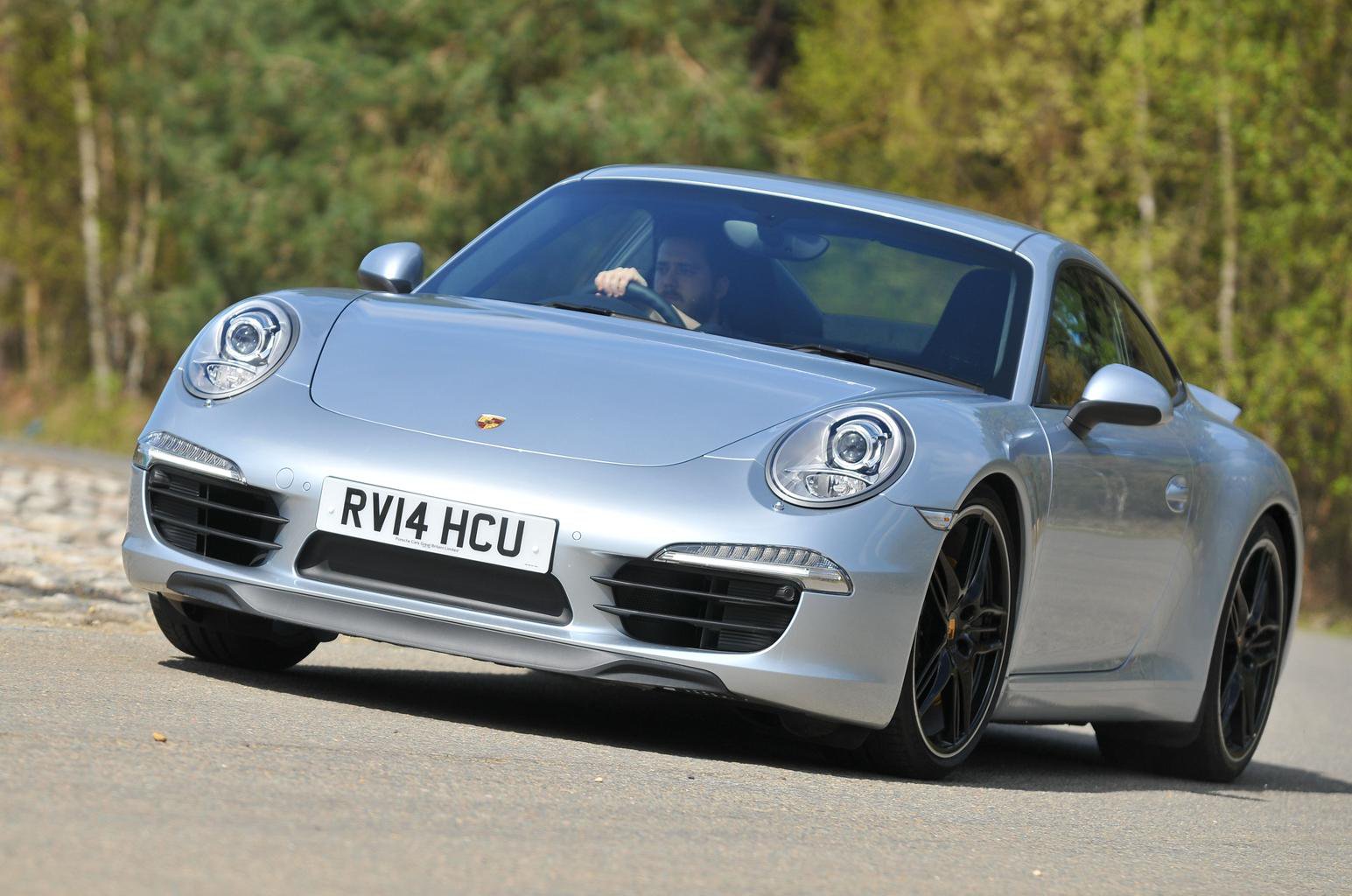 The Jag’s steering is lighter but just as precise, although you still don’t get the sort of sensation through your fingertips that you would in, say, an Audi R8.

The F-Type gets an eight-speed automatic gearbox, which is smooth and intelligent most of the time. Take control using the steering wheel paddles, though, and the gearbox doesn’t always react quickly enough to your instructions. Not ideal when you’re pushing hard along your favourite B-road.

Meanwhile the Porsche’s seven-speed PDK automatic box responds instantly to commands and is just as smooth and good-natured as the Jag’s when you’re driving sedately.

The 911’s ride quality can be a problem, but if you can find one with the optional PASM adaptive suspension, it’s actually more comfortable than the F-Type. You’re jostled around less on the majority of roads, even though the Porsche’s firmer set-up means you feel more of bigger bumps. That said, these are two of the most cosseting high-end sports cars on the market. 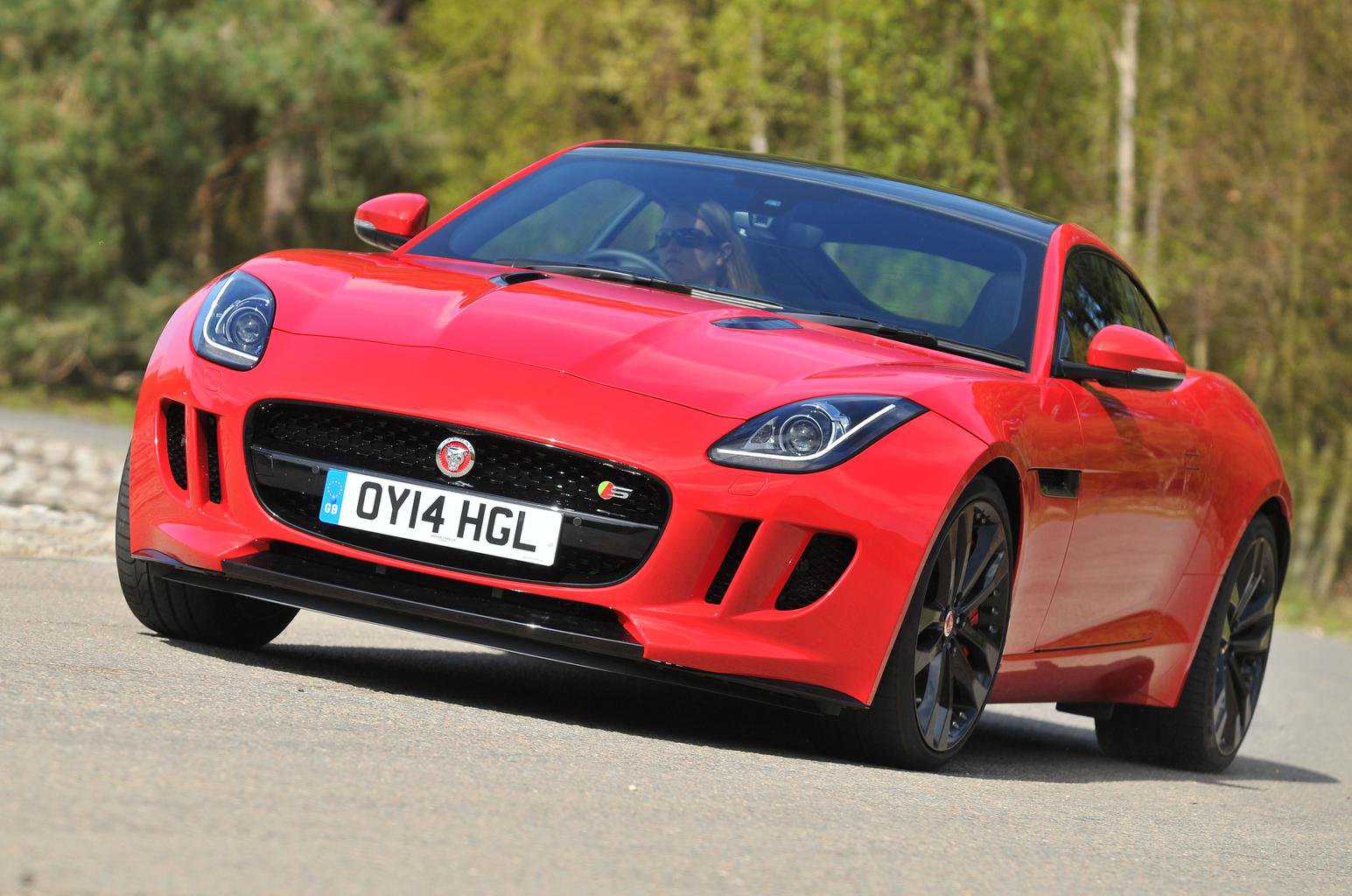