The Porsche Boxster S is one of the most exciting sports cars around – but does the powerful Mercedes-Benz SLK55 AMG make a more tempting used buy?... 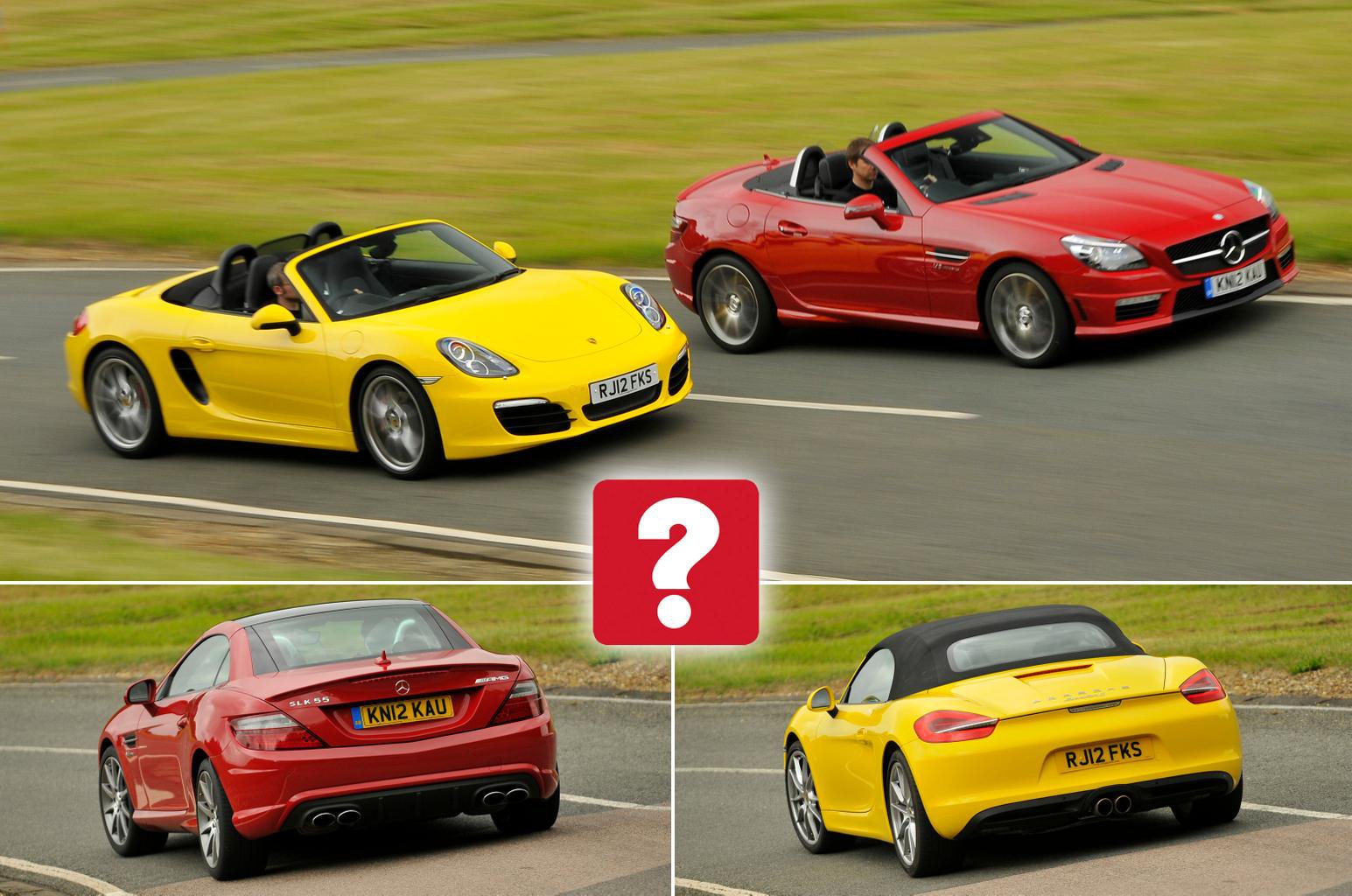 With heavy depreciation having taken its toll, the big-power SLK now looks a bargain

Let us guess: you’ve always promised yourself a sports car, but never quite felt bold enough to take the plunge. Well, there’s some good news: there’s never been a better time to buy one, with some of the best sports cars around now falling to very accessible prices.

Take the Mercedes-Benz SLK, for example. Lesser versions are now becoming available very cheaply, but even in the top-of-the-range, full-fat SLK55 AMG form tested here, it’s now possible to buy for less than £30,000. Considering this is a car that cost almost £55,000 when it was new just a few years ago, that’s a significant saving – and when you remember the amount of power it offers, the SLK55 AMG starts to look like an awful lot of bang for your buck.

Of course, the sports car king is the Porsche Boxster. The latest version is still our favourite sports car, but used examples have even more to recommend them, not only because they’re cheaper but because the pre-2016 version featured a more characterful six-cylinder engine, whose passing is lamented by many a Porsche enthusiast. So not only will a used Boxster cost you less than a new one, but it might just get the pulse racing even more, too.

This looks like an unfair fight, because the Mercedes’ 5.5-litre V8 engine pumps out 416bhp, which is 105bhp more than the Porsche’s 3.4-litre flat-six. However, factor in the extra 300kg the SLK has to haul around, due to its heavier engine and folding metal roof, and things are evened up.

That’s why there’s hardly anything between the two cars for straight-line pace. The Boxster surges off the line with minimal fuss, howling away as you push the engine close to its 7800rpm rev limit. The SLK goes about matters with slightly less panache; the rear of the car squirms around as it struggles for traction, but acceleration is just as brutal and the thunderous roar of its V8 engine is something to behold.

The Boxster’s weight advantage also works in its favour when it comes to losing speed; when we tested these cars back when they were new, it didn’t just stop quicker than the SLK, it pulled up in a shorter distance than any car we’ve ever tested. 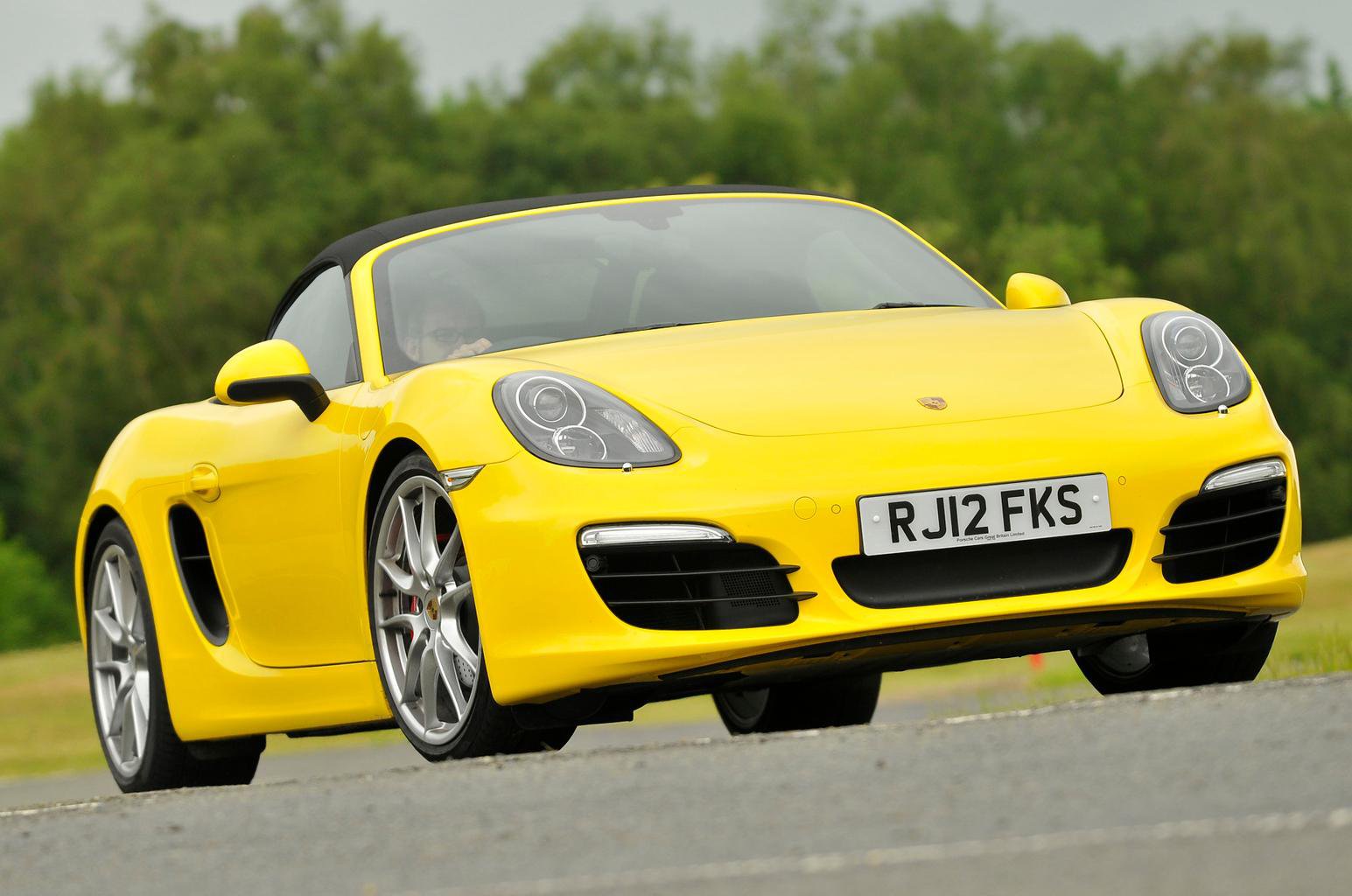 Not that you’ll need to use the brakes very often, mind, because the Boxster can carry a huge amount of speed through corners. The body stays almost flat through twists and turns, and that incredible traction and poise allows you to power out of bends even faster than you went in. The steering isn’t quite as sharp as you might expect, but it’s accurate and it weights up well.

The SLK’s steering is faster and gives you a better sense of connection with the road. Sadly, where that’s the good news ends, because the car's considerable bulk is reluctant to go where you point it. There’s plenty of grip once it’s settled in a bend, but the SLK doesn’t appreciate being asked to change direction quickly. While the Porsche works with you to make your progress faster and more rewarding, the Mercedes needs to be wrestled into submission before it obliges.

The SLK is also hampered by its even-speed, semi-automatic gearbox. It’s slow to respond in manual mode, so you need to factor in that delay before pressing one of the paddles behind the steering wheel. The Boxster, on the other hand, has a slick six-speed manual ’box as standard; a seven-speed semi-automatic PDK gearbox was available as an optional extra, and many Boxsters will have this fitted, but as this can be a little jerky and occasionally gets confused, and as the manual’s so good, it isn’t worth paying too much extra for.

On the other hand, our test Boxster had the optional adaptive suspension fitted, which is an extra worth having, as the standard car’s ride can be pretty firm. However, in normal mode, the adaptive system is impressively smooth – particularly at faster speeds. The standard set-up in the Mercedes is nowhere near as composed; the SLK crashes over bumps and potholes around town and jostles on the motorway. 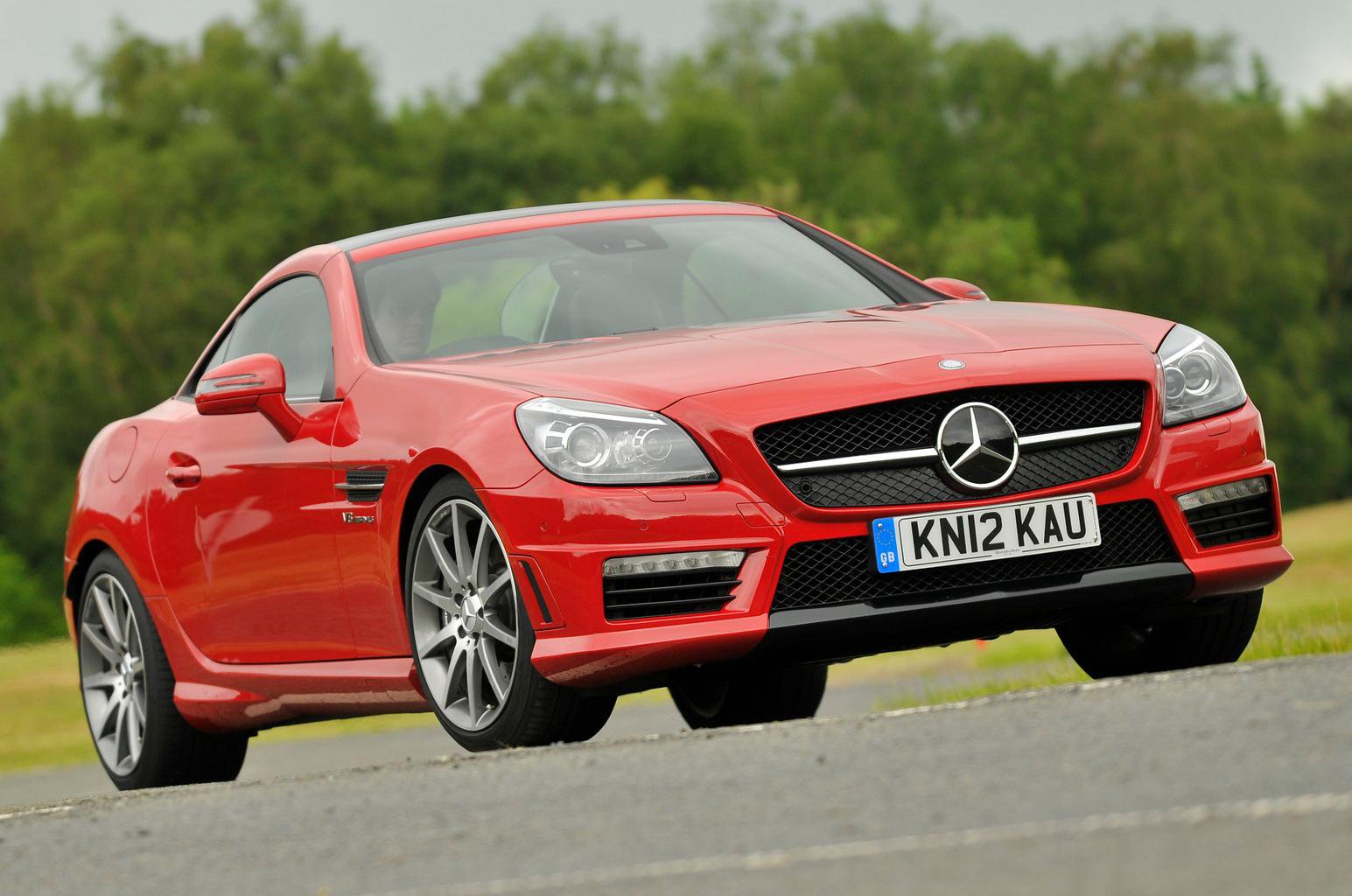