What should I look for in a used Vauxhall Frontera 4x4?

There has only been one recall on the Frontera, affecting cars built in 1998 and 1999. In all, almost 7500 cars were recalled for checks on the steering.

All in all, reliability is a major issue, and Warranty Direct says that the engines are responsible for more than a half of all claims: the 2.2 petrol is prone to snapping its timing chain and the diesel needs careful servicing.

You should also look out for rust, especially on the wings, as well as watching out for dodgy electrics, steering and suspension.

The Frontera hasn't performed well in JD Power Customer Satisfaction reports, either, and online reports are mixed, to say the least. Many people have had no problems at all, but many others report a lot of trouble, with weak points including the engine and electrics.

What are the most common problems with a used Vauxhall Frontera 4x4? 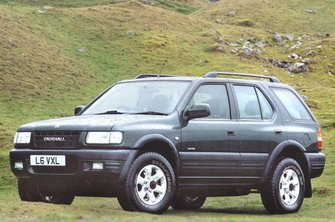