The A3 Sportback e-tron offers decent cabin space for a car of this size. The driver and front-seat passenger are the best catered for with lots of head and leg room, and there’s plenty of storage, too. This includes deep door bins, a couple of cup holders behind the gearlever, as well as a cubby under the front armrest. Space for knick-knacks is a little short, apart from a tray for a mobile phone on the centre console.

In the rear there’s space for two tall adults to be reasonably comfortable, or three with some squeezing, but it’s worth pointing out that the Volkswagen Passat GTE is a much bigger car for those that need more cabin space.

That applies to the boot as well, which isn’t the A3 e-tron’s strongest point. The batteries sit under the rear seats, so the fuel tank (reduced to 40 litres) has been moved to beneath the boot, eating into the boot space and reducing it to 280 litres (down from 380 in the conventionally powered A3 models).

Still, while the boot lacks the capacity and depth of the rest of the A3 range, it’s still a broad, square-shaped space that’ll be fine for light family use or weekend luggage. Also, there are 60:40 split-folding rear seats to manage longer loads, and it should be said that neither the BMW i3 nor Golf GTE are any bigger. Once again, look to the Passat GTE for the best load-lugging capability. 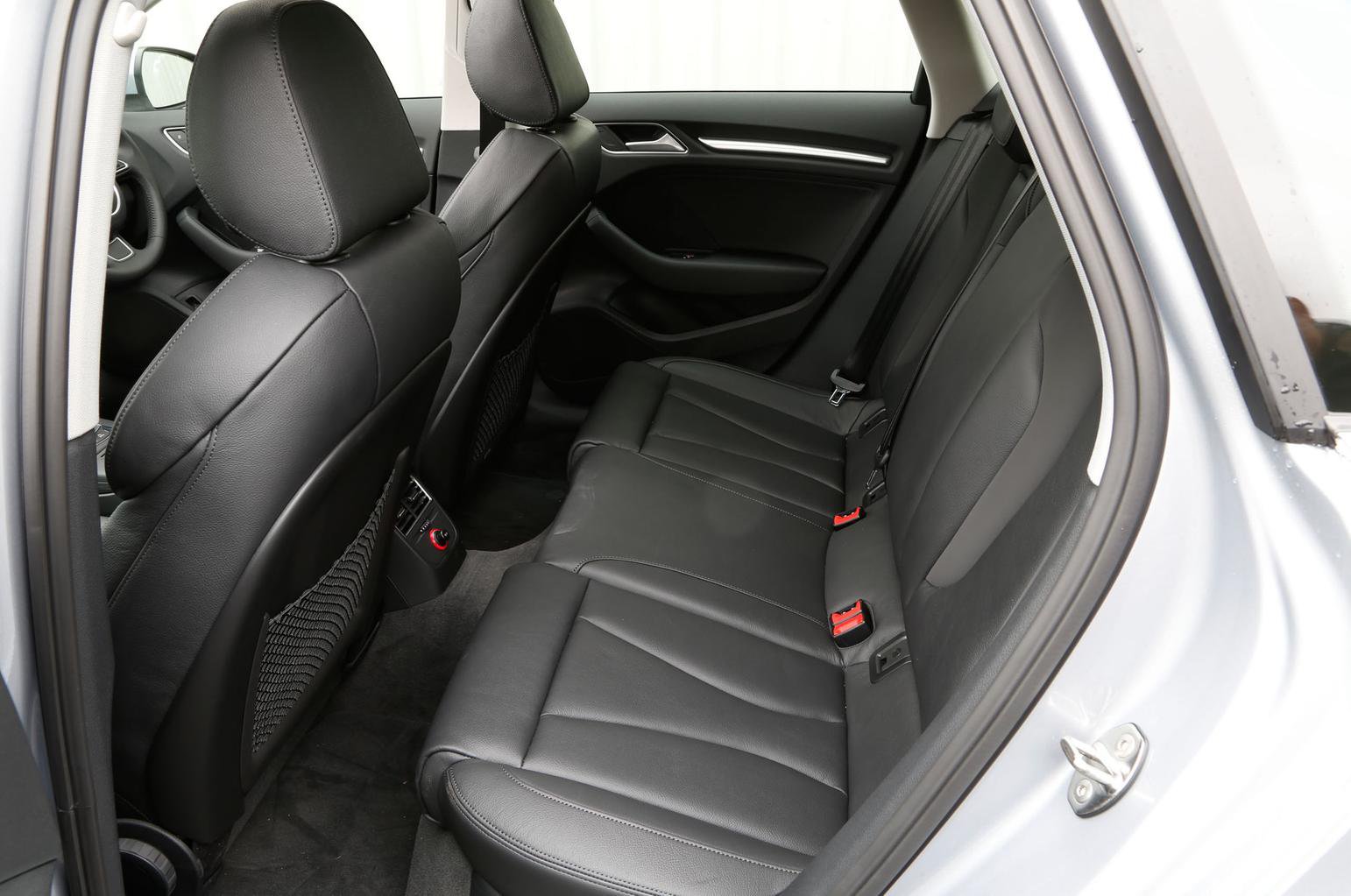