Proof that the Golf comes in all shapes and sizes to appeal to all is to be found in the GTE.

This is the plug-in hybrid version of the seventh-generation version, which means it mates a conventional petrol engine with an electric motor and has the capability to run on electric-only power for up to a claimed 31 miles. Thus the GTE can take advantage of all that’s good about electric-only motoring for short journeys, while its entirely conventional petrol engine means you can motor normally once the batteries have run out of juice - in other words, there are no range anxiety issues.

It sits, as the name suggests, somewhere between the all-out sporting GTI and the all-electric e-Golf, with a hint of sportiness in its styling and make-up. That the GTE appears lower and leaner than a standard Golf is an advantage of the sports suspension that lowers it by around 10mm.

Underneath, however, the two cars are virtually indistinguishable. The GTE gets the same 148bhp 1.4 TSI petrol engine, which drives the front wheels in conjunction with a 101bhp electric motor built into the same housing as that used by the bespoke six-speed dual-clutch automatic transmission.

It comes with an appropriate amount of kit for its price, including climate control, LED headlights, automatic lights and wipers, cruise control and parking sensors to the front and the rear. In fact, it comes with the same kit that's found on a GT Golf. You’ll also get an e-remote mobile service subscription, efficient driving software, unique 17in alloy wheels and numerous sporty touches. Paying a bit more, either new or used, gets you the GTE Advance, with its sat-nav, heated front seats, rear tinted windows, 18in wheels and an exterior sound generator designed to let the public know you are there when the car is in electric mode.

On the road, the GTE is smooth, refined and decently quick. Indeed its 0 to 62mph acceleration time is nearly as quick as the GTI’s, at 7.6sec. It’s rapid and, in electric-only running, pleasingly quiet, but it doesn’t have the sharpness to it that the GTI has, and it isn’t quite so much fun to drive.

Of course, its real forte is economy.  You can run the Golf GTE in one of four modes: pure electric, hybrid, GTE and ‘battery charge’. In pure electric mode it behaves much like the fully electric e-Golf, so the petrol engine stays switched off and there's a silent stream of power the instant you push the accelerator pedal.

With a fully topped up battery (which takes 3-4 hours from a domestic three-pin socket) expect to get about 20 miles down the road before the batteries run out of juice, rather than the claimed 31 miles. In cold weather, you won’t even get that far.

Most of the time it's easier to run in hybrid mode, with the 1.4-litre petrol engine being assisted by an electric motor to improve performance and help deliver good fuel economy. As in all the best plug-in hybrids, there’s a seamless transition between petrol and electric power, so you can barely detect which is doing the bulk of the work.

Inside, there are figure-hugging tartan seats and a sporty-looking steering wheel, in a nod to the GTI. The driving position is excellent, being multi-adjustable, and the visibility good. The dashboard is logically laid out and easy to use, and the quality is high, with plenty of nice-looking plastics and a good choice of materials.

There’s plenty of space, too, especially up front. A couple of six-footers will be comfortable in the rear, although the boot is noticeably smaller than a regular Golf’s, at 272 litres, in order to make room for the petrol tank and batteries, and the rear seats don’t fold totally flat. 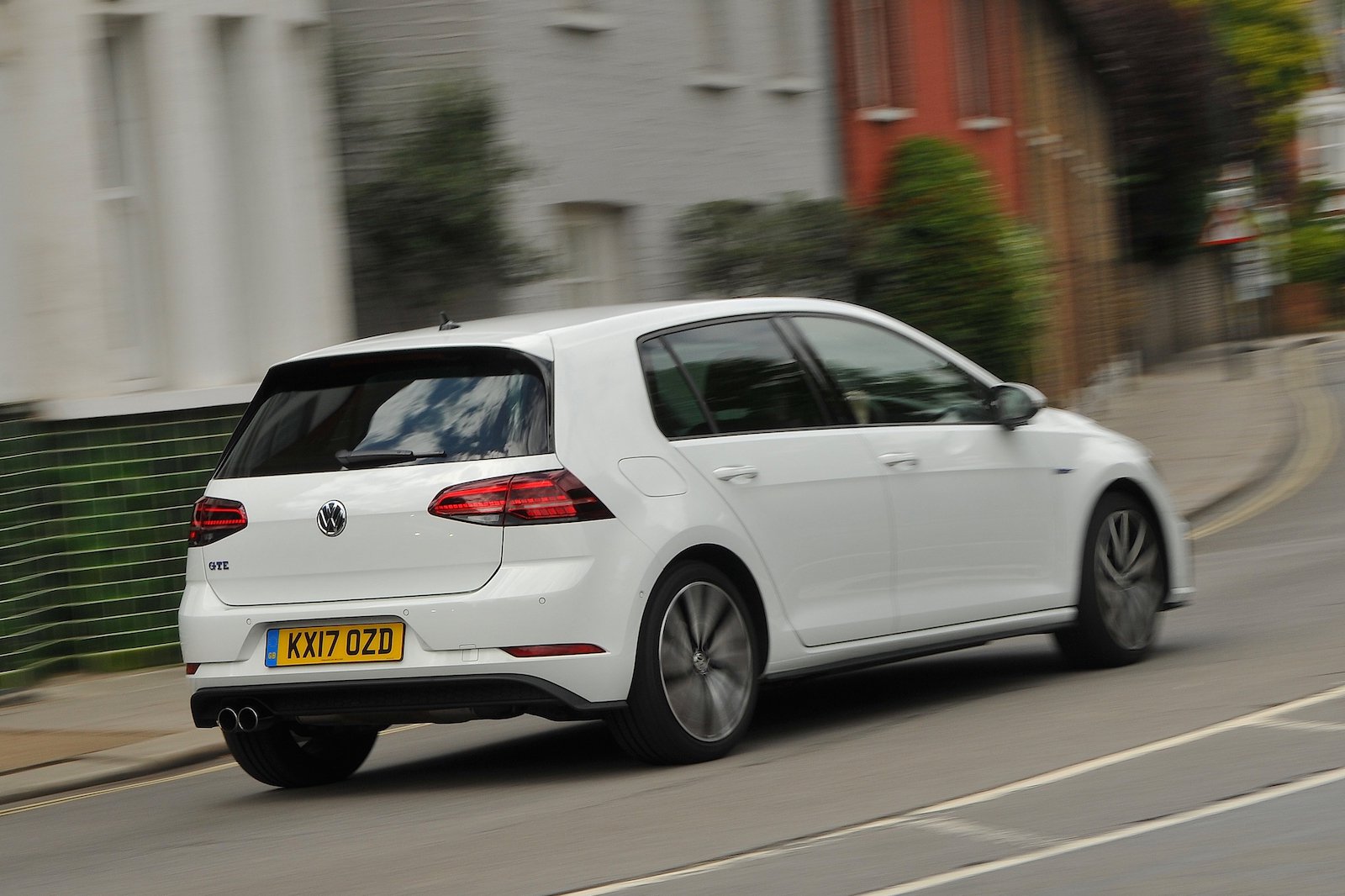 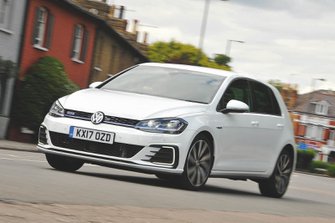