What should I look for in a used Audi A4 saloon?

Audi has a good reputation for producing solidly built cars and this one is no exception. The A4 has put in an above-average performance in previous JD Power customer satisfaction reports and came in near the top in What Car?'s Reliability Surveys.

However, it's not without its faults. There have been many reports of faulty air-con, which Audi will fix under its three-year, 60,000-mile warranty.

We've heard of problems with the synchromesh on manual gearboxes, ignition coils on 1.8 turbo petrol cars and front suspension on a few higher-mileage examples. However, there's little else, although a small number of cars suffer minor electrical faults.

Diesel A4s often drink their way through a stack of oil when new, but consumption settles down once the engine has bedded in. Still, check for any damage caused by a first owner who was too lazy to inspect the dipstick often enough.

What are the most common problems with a used Audi A4 saloon?

Is a used Audi A4 saloon reliable? 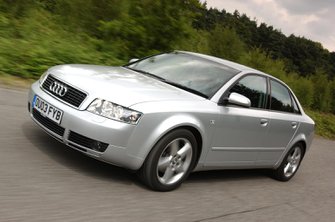