What should I look for in a used Audi A6 saloon?

The Audi A6 has a good reputation for reliability, yet there are some problems that have cropped up.

The air-con is surprisingly susceptible to faults, with roughly a quarter of cars needing attention. Check that it blows icy-cold air and that there are no damp or musty smells.

The diesel engines can get through oil between services, so it's vital to check them regularly. Inspect the oil level and see when the car was last serviced.

Gremlins in the electrical system strike in almost 40% of cars. The engine's ECU can also cause problems, so look for warning lights on the dashboard or a sudden drop in performance.

Some whatcar.com users have also complained about the rear wheels rubbing on wheelarches when the car is loaded, although this appears to effect S line cars only. Tyres can be expensive to replace, too.

What are the most common problems with a used Audi A6 saloon?

Is a used Audi A6 saloon reliable? 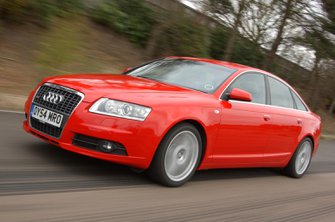