What used Bentley Continental GT coupe will I get for my budget?

How much does it cost to run a Bentley Continental GT coupe?

That 552bhp engine gets through fuel at rate of 16.5mpg in mixed driving, but on longer cruises, that can jump to more than 20mpg, which puts the GT on a par with much of the competition.

Servicing at an official Bentley dealer will never be cheap, but there are numerous specialists able to look after the Continental GT just as ably, and with labour charges that won't make your wallet groan.

There's no getting away from buying tyres and other bits and pieces at high prices, but at least these make sense, and help protect the car's future value.

Franchised dealers have plenty of GTs in stock and they charge the most, but there are large numbers of independent dealers that are better value, especially for earlier cars. 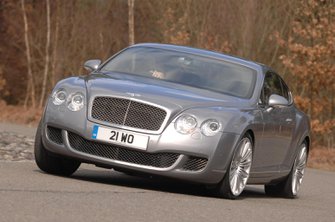