What used BMW 3 Series estate will I get for my budget?

How much does it cost to run a BMW 3 Series estate?

The only trouble with the Touring is that, like any 3 Series, it's so desirable – which means it's an expensive used buy.

However, once you have one, running costs aren't too bad. Four-cylinder petrol cars (especially the later models) return well over 30mpg, and even the six-cylinder models aren't too far behind, as long as you drive gently.

Insurance won't be cheap, with no models below group 10, but that's no worse than rivals from Audi and Mercedes. Perhaps most surprisingly, maintenance costs aren't steep, either. Figures from Warranty Direct show that average bills on BMWs are on a par with those for VWs. 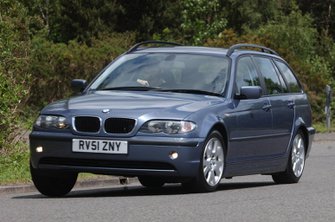