The engine line up for the Series GT is rather simple, you have the choice of two petrol engines in the four-cylinder 630i and the six-cylinder 640i, or two diesels, the 620d and 630d. We have yet to test the ‘entry-level’ 620d, but based on based on our experience of the same engine in the mechanically similar 5 Series, we’re confident that it will be all the engine you’d ever realistically need. It can whisk you up to motorway speeds without fuss and rarely needs working hard.

We have also yet to try the 630i but it doesn’t seem a compelling choice on paper; its running costs won’t be far behind those of the 640i, yet its performance is somewhat down on that flagship engine. The 640i has the most potent engine in the lineup, with 335bhp on tap and superb low-down pull to dispatch slow-moving traffic. It’s also impressively smooth, even when pushed hard, thanks in part to BMW’s excellent eight-speed automatic gearbox. However, the real-world performance of the far cheaper-to-run 630d diesel is much easier to take full advantage of, and that model’s 0-62mph time of 6.1sec is less than a second slower, with the same electronically limited 155mph top speed.

However, the reason the 630d is our pick isn’t just its outright pace; the way it pulls harder from low revs gives it a more flexible, effortless feel in everyday use. In addition, it’s right up there as one of the smoothest and quietest diesels in the class, but not quite the best – we rank the excellent 2.9-litre diesel in the Mercedes-Benz CLS above it.

So, the 6 Series GT’s pace is good for overtaking and sprinting down motorway slip roads, but it’s not exactly a sports car in the corners. The 640i comes with BMW’s xDrive four-wheel drive system as standard; it's an option on both the 620d and 630d, too. With it, you rarely find the wheels struggling for traction, but the car’s sheer size makes it feel less eager to change direction than a 5 Series. That’s the case even if you add other options designed to aid handling, such as self-adjusting anti-roll bars, and select the sportiest driving modes. The 6 Series GT’s steering, too, isn’t particularly feelsome in any of the driving modes. Ultimately, both the CLS and Audi A7 Sportback manage to feel more agile. 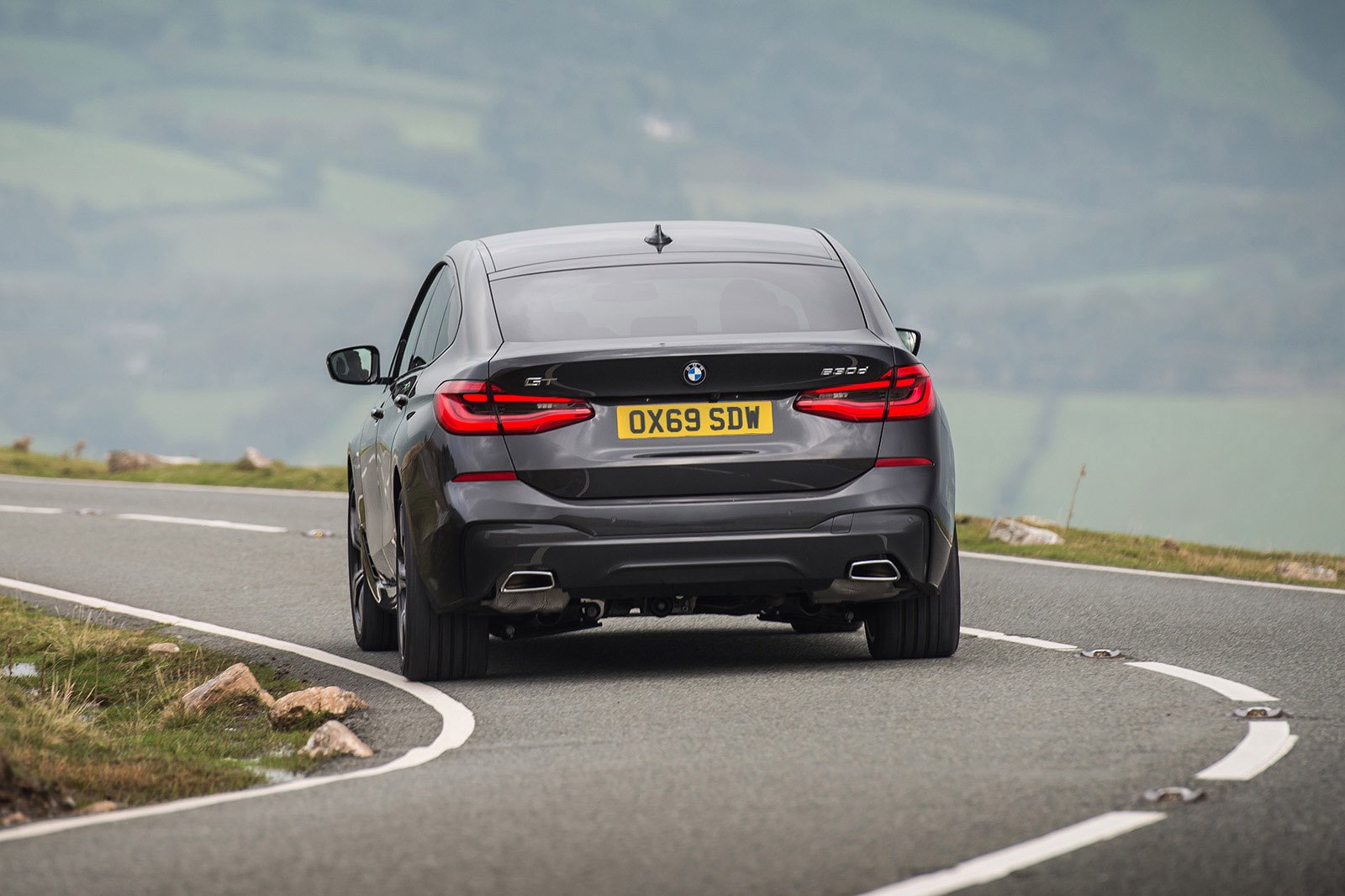