The BMW 5 Series has long been the answer to the question “What’s the most capable luxury car around?” for almost every budget. Indeed, this generation of the model was so good that it beat the more affordable competition to become the What Car? Car of the Year when it was launched in 2017.

You’d be right to have high expectations of a used 5 Series, then. So, should you buy one? Well, first you’ll have to work out which version you want – and there are quite a few. Start with the various engine types. Petrols range from the cheapest 520i right up to the potent 540i, while diesels start with the best-selling 520d and topping out with the lusty 530d. And if you’re after a hybrid, there’s the plug-in 530e iPerformance. In later cars, from 2019 onwards, the four-cylinder diesels gained mild hybrid technology. Then there’s the M5, a 592bhp super-saloon that promises astonishing pace, both in a straight line and through corners. The M5 is available as a standalone model or in even more hardcore Competition form.

The rest of the model range gives you two equipment options: SE, which comes laden with goodies including heated leather seats, dual-zone climate control and LED headlights, and M Sport, which offers all of the above, plus sportier body styling and larger wheels. You can also get Efficient Dynamics versions of the SE, which bring a suite of efficiency tweaks to the 520d model to make it even more economical.

M Sport versions are the more popular but also the more expensive; if you can root one out, the SE is the nicer car to own, because its softer suspension and smaller alloy wheels give a smoother ride. That said, if you can find one, a 5 Series equipped with the optional adaptive suspension (Variable Damper Control or VDC in BMW parlance) will offer the smoothest ride of all, although even here you need to watch the wheel size – larger wheel rims result in a niggling shimmy over rougher road surfaces.

Either way, you’ll find the 5 Series an incredibly pleasing car to drive. The 520d is punchy enough for most people; its claimed 0-62mph is just 7.3sec, which is plenty for whisking you up to motorway speeds without any fuss. The four-cylinder 520i and 530i petrols are the least recommendable because they need revving hard to achieve their best. If you want to avoid diesel and desire efficiency, we'd recommend strongly the plug-in hybrid 530e.

Out on the open road, the 5 Series isn’t quite as involving to drive as the Jaguar XF, but its precise steering, well-tamed body lean and beautiful balance make it very satisfying indeed to hustle along a back road. And on the motorway, even the diesel engines settle into a refined background hum, while wind and road noise are equally well suppressed.

The 5 Series is just as impressive inside. It has a beautifully made dashboard that dips toward you, making the interior feel airy and spacious, while all the controls are right where you want them to be. The standard sat-nav screen is enormous, too, which means the whole infotainment system is very clear and easy to use. Granted, the Mercedes-Benz E-Class feels a bit more special inside, but you aren’t going to feel short-changed with the 5 Series.

Every model has comfortable seats, both in the front and rear, and plenty of room for the driver and passenger. That said, those sitting in the back will want for leg room a touch. At least the boot is big and well-shaped, although do keep in mind that the hybrid version has less room for luggage due to the electrical gubbins it has beneath its boot floor. It’s also worth looking out for a 5 Series fitted with the split-folding rear seats; they were an optional extra and add a useful spot of extra versatility. 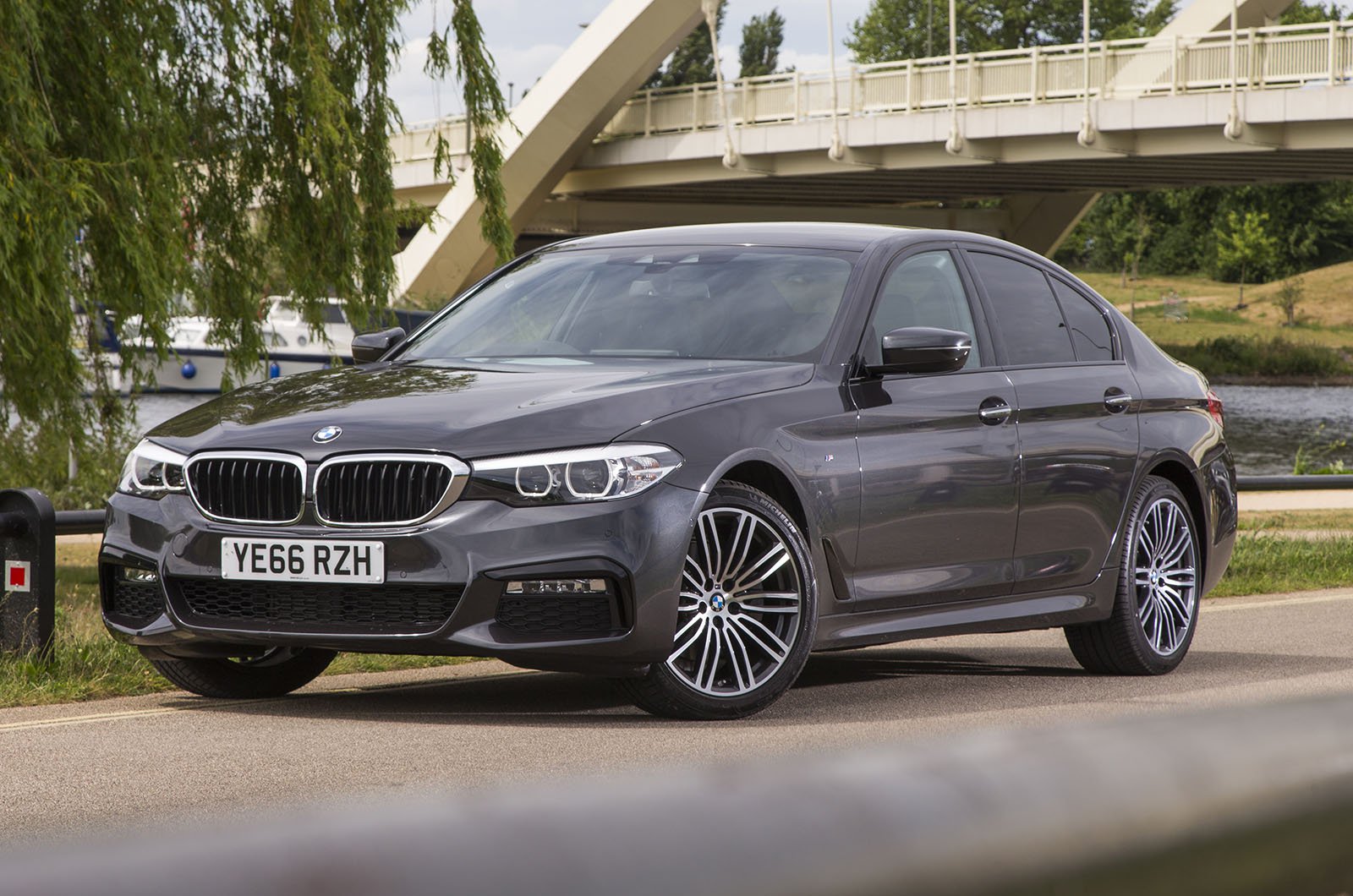