What used Chevrolet Matiz hatchback will I get for my budget?

How much does it cost to run a Chevrolet Matiz hatchback?

The Matiz was sold as a cheap and cheerful city car, and weak residuals mean that even if the car you pick up is still fairly new, it'll have lost a good chunk of its value, making it cheaper still.

However, compare it with cars of the same age and type, such as a Kia Picanto, and you might not be so impressed. Prices are quite similar, but the Picanto gives you more for your money.

Where the Matiz does have the Picanto over a barrel is on servicing costs. Both are cheap, but you'll pay ever so slightly less for the Matiz. 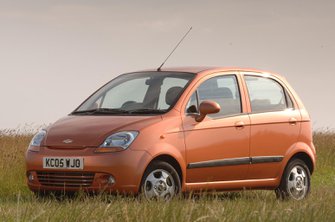