What should I look for in a used Chrysler Neon saloon?

Although in general the Neon enjoys a fairly robust reputation, in reality it is not without its problems, and as a result has earned no more than two stars in the JD Power reliability survey.

All cars built during 2000 and 2001 were recalled over a brake vacuum hose concern, so check that work has been carried out. Despite a significant improvement over its predecessor, loose interior trim can still be a problem with this model. Owners have also experienced problems with the electrics, such as indicator, ignition switch and immobiliser faults. There have also been instances of batteries failing to recharge properly. There can also be problems with the gearbox. Listen out for clunking noises and a reluctant, snappy change on the automatic. And if the engine sounds noisy on start up, it could mean a rebuild's imminent. If you think there's a problem, walk away, and try to find another one.

What are the most common problems with a used Chrysler Neon saloon? 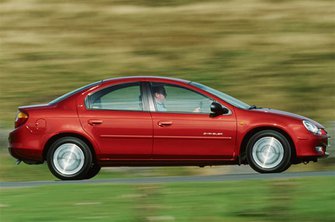