Which used Citroën Berlingo Multispace estate should I buy?

Of the four engines available, the two petrols are acceptable, but need to be pushed fairly hard. The 75bhp 1.4-litre is not as slow as you might think, but the 110bhp 1.6 is much more fun.

The diesel engine options have changed over the car's lifetime. Originally there was a 71bhp 1.9-litre and a 90bhp 2.0, which were available until 2005. These were replaced with two 1.6-litre engines: a 75bhp and a 92bhp unit. These are a much better bet because they give better fuel economy and lower carbon dioxide emissions. The 75bhp isn't turbocharged, making it a little sluggish, while the 92bhp engine is refined and smooth.

All models come with power steering, electric front windows and electric door mirrors, but expect the bare minimum on the base Forte. The Desire adds a CD player and a few trinkets. The standard specification was improved from 2005, but things such as air-con and alloys were never included in the price, so look for cars with them included.

Models before 2006 came with only one airbag as standard, but from this date on curtain airbags were added as standard. ISOFIX child seat fixings were standard throughout, though. 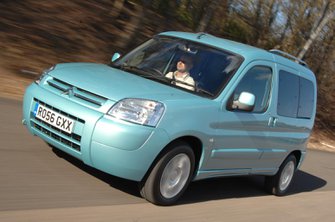