What should I look for in a used Daihatsu YRV hatchback?

Despite its age, very little reliability data is available on the YRV, mainly because Daihatsu never sold enough in this country to make a decent sample size.

Being a relatively small manufacturer, Daihatsu is rarely included in reliability surveys or the JD Power Customer Satisfaction Survey. However, Daihatsu has made some incredibly reliable cars in the past - the Fourtrak off-roader and the Charade city car are both seemingly unbreakable.

The components used in the YRV are tried and tested in other Daihatsu models, and there's no evidence to suggest that they'll be any less solid in the YRV. What's more, the engine is sourced from Toyota, one of the most reliable car makers , so it's very unlikely that this will cause any trouble.

The only problems concern the dealers. We have heard complaints from frustrated owners that dealers are too few and too far apart, and that some lack expertise.

What are the most common problems with a used Daihatsu YRV hatchback? 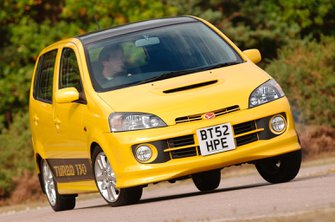