Which used Ferrari 612 coupe should I buy?

Aside from the colour, there's only one choice to be made with the 612. That's whether to go for the standard six-speed manual gearbox or the F1 version, which provides a clutchless manual gearchange controlled by paddles mounted behind the steering wheel.

In truth, it makes very little difference. Both versions are as thrilling to drive as each other, and there's absolutely no difference in performance. But, for us, the paddle-shift version holds a little bit more of the Formula One magic that Ferrari is famous for. Of course, it'll also depend on which version you can find, because both are hard to come by.

Both cars are powered by a developed version of the 5.7-litre V12 engine from the 575 Maranello, which gives 532bhp. This, combined with the 612's lightweight aluminium body, makes the car capable of covering the 0-60mph dash in just 4.2sec. Not bad for a four-seater. 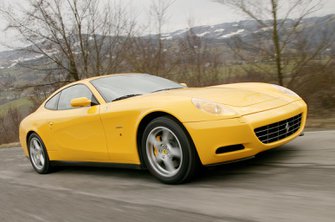