Which used Fiat Doblo MPV should I buy?

We'd recommend the 1.9 105bhp JTD diesel, which should make light work of hauling a laden Doblo up hills.

Originally, the car was available with a 65bhp 1.2-litre petrol engine or non-turbo 63bhp 1.9-litre diesel, neither of which was powerful enough for this car. ELX versions of the 1.9 get air-con, alloys and three-point belts for all the rear seats, but were discontinued in 2002.

The range was revised in April 2004, and we'd recommend finding one of these newer models. New engines included a willing 70bhp 1.3-litre diesel and 77bhp 1.4-litre petrol (which replaced the 1.2). Interior revisions included 60/40 split-folding rear seats, and three rear three-point belts and headrests across the range. The Family seven-seat model was also introduced. 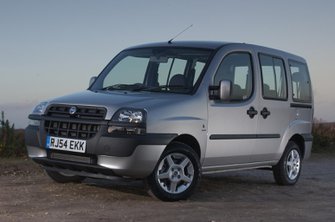