What used Fiat Stilo estate will I get for my budget?

How much does it cost to run a Fiat Stilo estate?

It's unfortunate for Fiat that, historically, its used cars generally haven't held their value well. However, that's great news for used car buyers. Depreciation on a new Stilo Multiwagon averages around 60% over three years, which means there are plenty of bargain buys.

A poor performance from the Stilo in JD Power customer satisfaction surveys has also helped to make the car less attractive, further pushing down prices, so make sure you haggle hard for a good deal.

The car's running costs shouldn't be too much of a problem, either. Insurance groupings are low, and fuel economy on the diesel is over 50mpg, whichever power output you buy, so you can expect to go a long way between fill-ups. Petrol versions return somewhere in the mid-30s.

Parts and repair costs are no worse than average, but there are plenty of independent Fiat specialists around who will be cheaper than the franchised network. 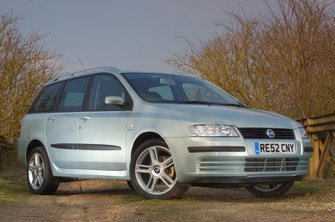