What should I look for in a used Ford Mondeo estate?

While high mileage need not necessarily be a problem, you do need to check the car has been properly maintained. Try to ascertain the type of use it has been subjected to; a Mondeo that has racked up the majority of its miles as a company car on the motorway will be less worn than one used for private hire that has spent its life in towns and cities, or another that’s regularly towed a caravan.

While checking the service history, look for when the cambelt was last changed. The Mondeo’s engines generally need this doing every eight years, and it’s not a cheap job at about £500. Same goes for cars fitted with the Powershift dual-clutch automatic gearbox, which needs a fluid change every three years at a cost of about £250.

Listen out for loose trim rattling on a test drive (the glovebox and central armrest in particular are flimsy) and make sure the side bolster of the driver’s seat hasn’t collapsed.

Cars built between January 2012 and February 2013 were recalled to fix a potential fuel leak from one of the injectors that could lead to an engine fire. If you’re looking at a Mondeo of around this age, contact a Ford dealer to see if the work has been done. 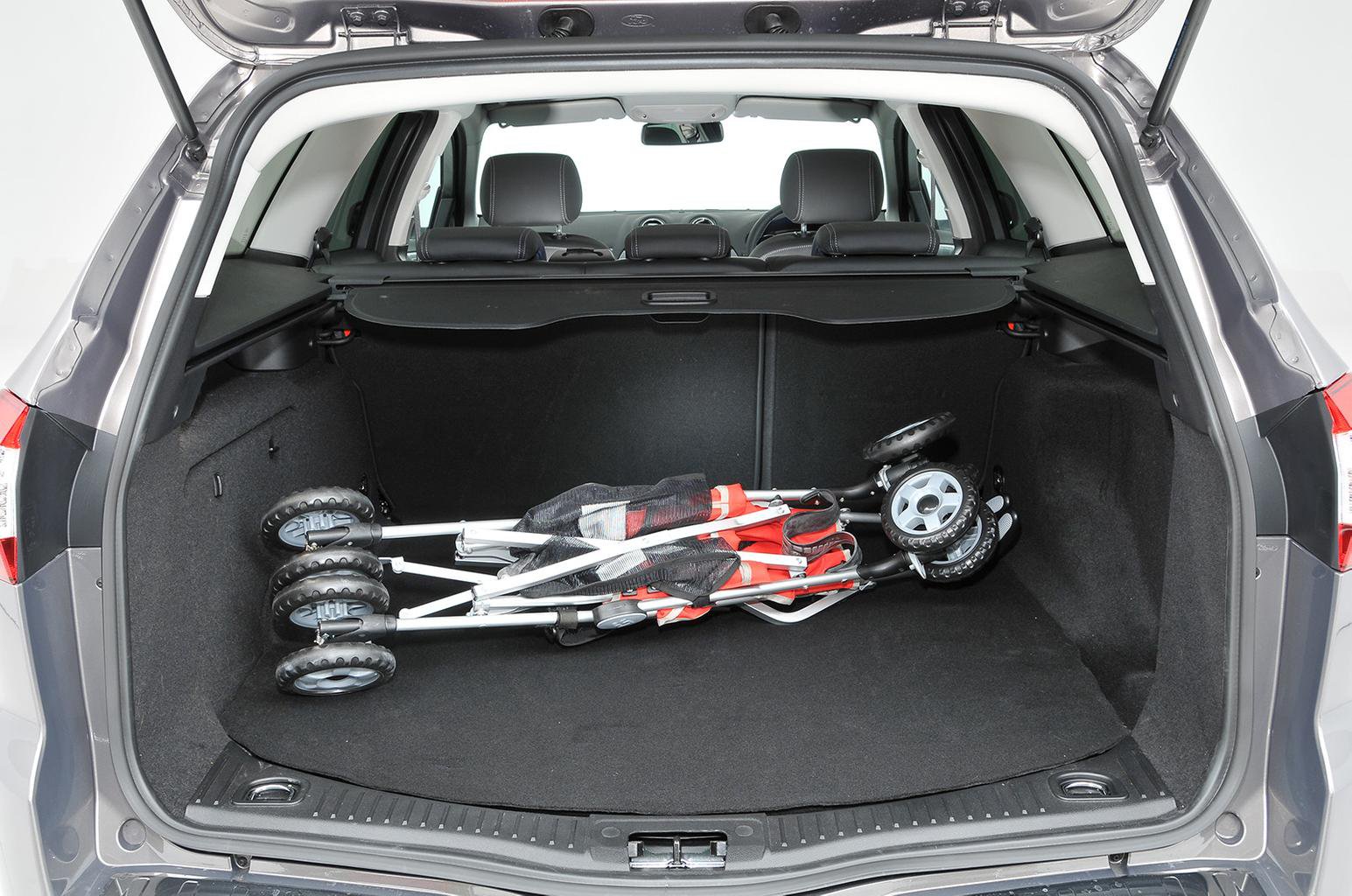 What are the most common problems with a used Ford Mondeo estate?

As demonstrated by the number of Mondeo Estates with very high mileages, it has been a generally reliable car with few common major issues. Some 2.0-litre diesels have been reported to have cut out for no reason, but this can generally be fixed with a software update for the ECU.

The remote central locking can also play up, so give it a few tries when you’re looking at the car. On that subject, if the car is missing one of its remote keys (or if one of them doesn’t work), you’ll be faced with a bill of more than £100 for a replacement, so make sure you knock the seller down on price accordingly.

The Mondeo Estate is reasonably reliable. A reliability score of 67% in our latest survey isn’t the greatest, but neither is it appalling – so if you find a car that’s been well looked after and keep it maintained properly, it should look after you in return. What’s more, it’s worth keeping in mind that when Mondeos do break down, they’re usually cheap to fix.