Which used Honda Civic hatchback should I buy?

For power, smoothness, reliability and real-world fuel economy the 1.8-litre i-VTEC engine has a lot going for it. In terms of specification, we’d avoid the entry-level S model which made do without air-con, alloy wheels or a CD player, and instead look at an SE which has all of these features as standard, or an ES which also adds dual-zone climate control, a panoramic glass roof and cruise control (top-spec EX models also include leather seats and what is now a fairly dated sat-nav).

The Sport model comes with larger alloys and upgraded styling, but isn’t any sharper to drive. For that you’ll need either a Type S or the Type R, both of which are three-door only and have an even firmer ride than other Civics on account of their sports suspension.

From 2009, Honda also offered the Civic in Si spec with different alloys, half-leather seats and a USB port so you can connect your music player. Last but not least was a Ti model inspired by Honda’s British Touring Car Championship with extras such as 17-inch alloy wheels and a Pioneer sat-nav system. 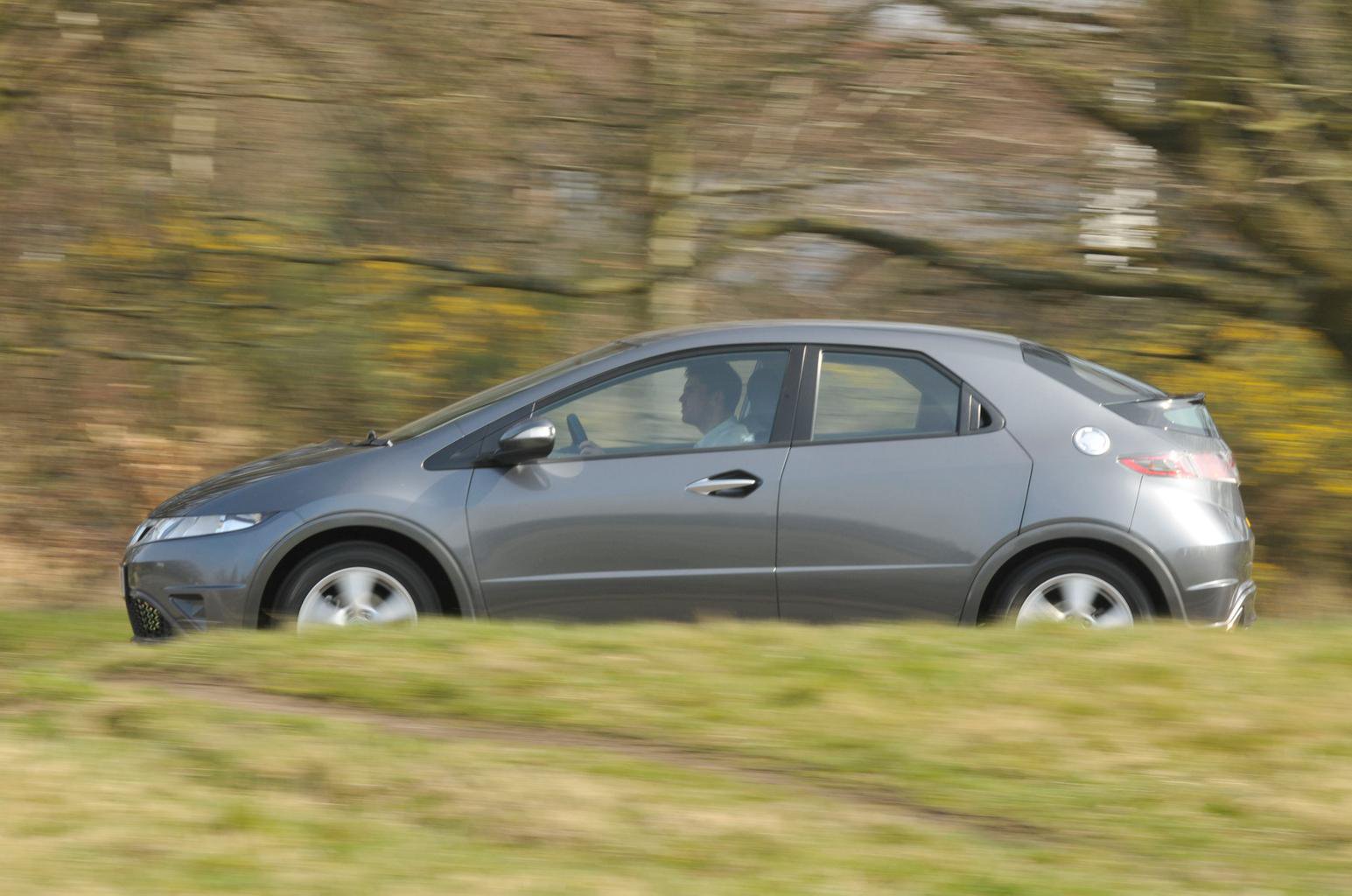