What used Jeep Grand Cherokee 4x4 will I get for my budget?

How much does it cost to run a Jeep Grand Cherokee 4x4?

The most attractive thing about the Grand Cherokee is its price. Compared with a similarly equipped Mercedes M-Class or Land Rover Discovery of the same age, it's a cheaper car to buy.

Running it, however, is a different matter entirely, with fuel economy a particular problem. None of the petrol engines returns more than 20mpg, and while that's on a par with other V8 4x4s, the smaller six-cylinder engine in, say, a Mercedes M-Class will cost you less.

Insurance costs are also higher than you would have to pay on a contemporary Land Rover Discovery, but servicing costs are pretty much par for the course for a big 4x4.

However, if you need unscheduled maintenance, prepare for a big bill. Although Warranty Direct tells us labour rates at Jeep dealers are only a little above average, average bills for Jeeps are among the highest of all makes', even above those for Land Rovers. 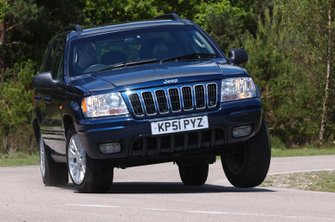