What used Kia Rio hatchback will I get for my budget?

How much does it cost to run a Kia Rio hatchback?

The Rio was one of the cheapest cars on the market when it was new, and, with residual values being far from spectacular, used models can be picked up for the kind of cash you'd pay for a much older competitor.

However, running costs aren't spectacular for the class, mainly because of the size of the car and the size of the engines. The 1.3 will return an average of 39.8mpg, while the 1.5 will only manage 38.7mpg. Insurance costs are also lower on the 1.3, which is in group 3, whereas the 1.5 is in group 6.

Servicing costs will be where Rio owners lose out. It's one of the costliest superminis to maintain, and that gap in price between the Rio and its mainstream competitors is a bit too large. 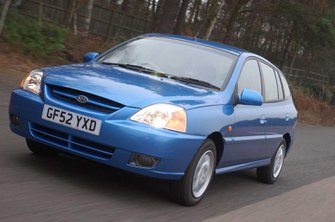