What used Mazda MX-5 sports will I get for my budget?

Avoiding Cat D cars and those with above average mileages, prices for this third generation car start at around £3000, at the time of writing. This would net you a 2005/2006 car with an average mileage for the year, think around 60 to 80,000 miles, from a private sale or a trade dealer. Up the money to between £4000 and £6000 and you'll find good, clean 2008, maybe the 2009 facelifted car, with, again, an average or even below average mileage - MX-5s are often used as weekend cars, so mileages tend to be under the average for the year. If you're after a 2010 to 2012 car, you'll need to spend somewhere between £8000 and £10,000, but for that you'll get a clean example with a full service history, probably from a good independent or franchised dealer. Post-2013 facelift cars seem to start at around £10,000. 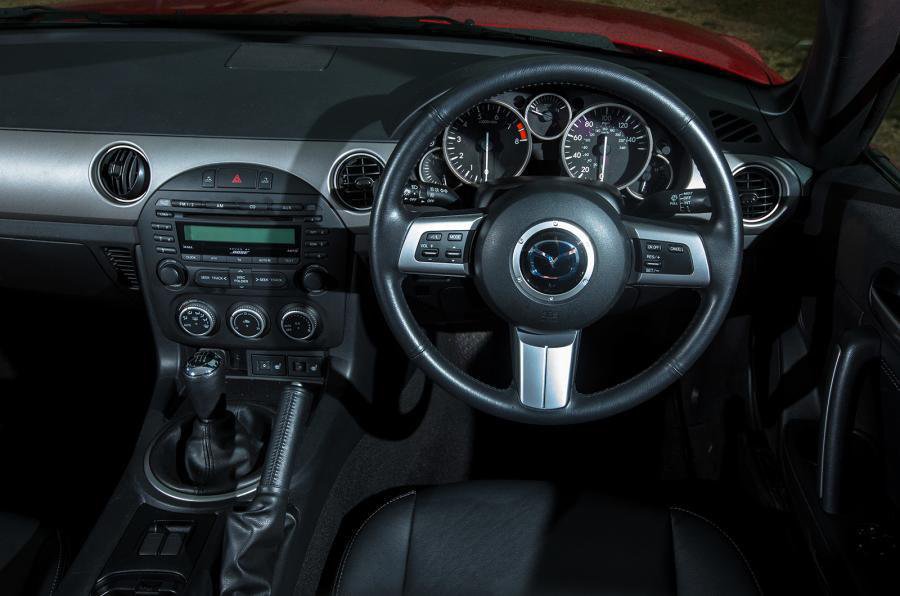 How much does it cost to run a Mazda MX-5 sports?

Official fuel economy stands at 38.7mpg and 36.7mpg for the 1.8 and 2.0-litre models respectively, while the Sport drops to 34.5mpg. However, in the real world you'll struggle to achieve these figures if you enjoy the car's performance to the full.

Mazda dealers are excellent for servicing, but using one of the many independent specialists will save money, especially on cars out of warranty.

A great reputation and desirable image mean that the MX-5 depreciates slower than most cars, so you'll lose less money in the long run.