Which used Mercedes A Class hatchback should I buy?

There are plenty of engines to choose from, and if you want a petrol unit, you can choose from a 1.5, a 1.7 and a 2.0. The 1.5 is refined and never feels out of its depth, so it's perfectly adequate for the car. This makes the 1.7 largely pointless, but the 134bhp 2.0-litre provides some extra performance.

There's also a turbocharged version of the 2.0-litre, but it isn't that much quicker and it doesn't feel like a proper 'hot' version.

You can pick from three- and five-door cars, but the latter is the better bet because the three-door version sacrifiices too much practicality. In terms of trim, we'd recommend Classic SE, because it's the cheapest version to come with air-con as standard. 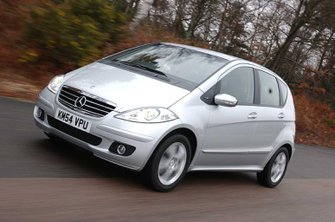