What should I look for in a used Mercedes SLK sports?

Visibility to the rear of the admittedly short car can be compromised by the roof, so check the extremities for any scuffs and dents picked up in car parks. Look at the alloy wheels for any kerb damage, too, and also check the electrical operation of the roof.

Reported problems are on the whole few, although any car of the SLK’s age will need careful vetting.

TRANSMISSION - With the car at a standstill, check for a smooth D-to-R engagement a few times. If the seven-speed auto box won’t move beyond fifth, suspect speed sensor issues. On five and seven-speed autos, low oil will cause overheating and clutch burn.

EXHAUST - Inspect the condition of the Y-section. Cracking is common but there’s now an inexpensive repair kit.

BODY - It’s galvanised so generally rust-free but rear subframes on older cars are now corroding, leading to possible MOT failure. Some have mentioned paintwork issues. Regarding the roof, lack of use can cause the dust covers on the microswitches to hold the switch in position so it can’t work. Many owners have reported problems with the electric folding hard-top so check carefully before purchase. The roof/boot space divider (which needs to be locked to lower the roof) can be very insecure and some customers reckon that the latches do not seat in the catch very well. For a few owners, this has caused the roof to jam both when open and closed. This then requires the boot lid to be manually opened prior to a physical wrestling with the divider in order to lock it into place so that the sensors can then allow the roof to work.

Headlights turn yellow with age (MOT advisory) but can be polished. Check there’s a modified seal on the A-pillar and around the windscreen to stop water penetrating to the door control modules and upsetting the central locking and windows.

If the roof squeaks as it operates, check the seals. UV and age take their toll on the rubber, causing it to harden. Krytox, a synthetic grease, should return the seals to as-new condition.

It’s been a few years since the SLK featured in our annual What Car? reliability survey, but in the last one in which it did it scored a 74% rating, finishing in the second half of the table in the convertible class. Mercedes as a brand finished a disappointing 26th place out of 32 manufacturers in our most recent survey. 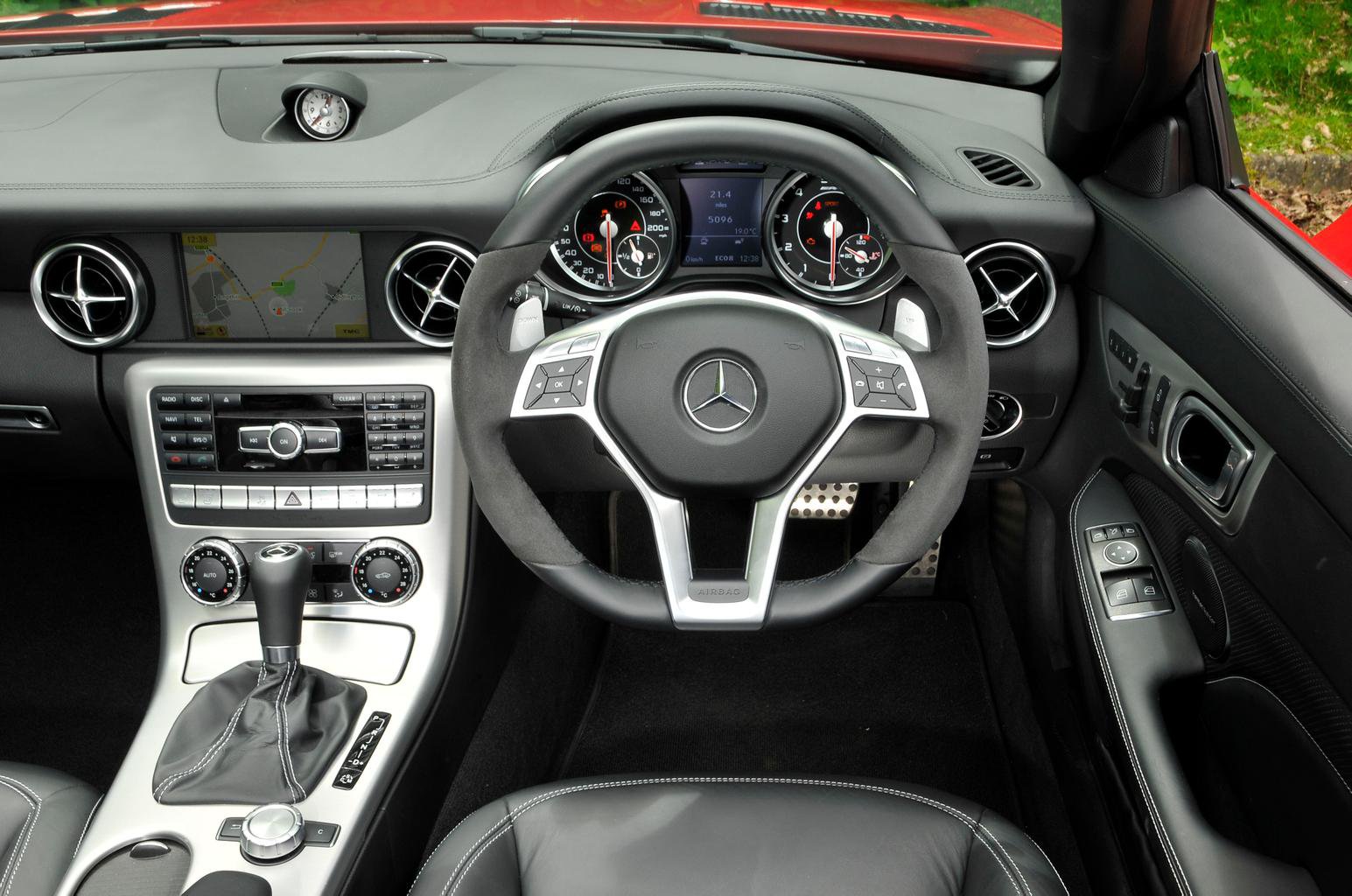 What are the most common problems with a used Mercedes SLK sports?