Mitsubishi isn't known for its plush-feeling interiors, even though they’re solidly screwed together. For the Eclipse Cross, Mitsubishi has introduced far more tactile switches, and has adopted plastics that look and feel much nicer.

From the tops of the doors to the dashboard itself, there’s a vast amount of squishy plastic, broken up by attractive piano-black trim and metal-effect inserts. Yes, you’ll find some cheaper plastics if you look for them, but they aren’t in areas you’ll touch regularly. Apart from a few oddly positioned controls, the interior is on a par with most rivals, but can’t match the imaginative design of the Peugeot 3008, or the quality of the Skoda Karoq.

We also found there to be plenty of adjustment for the driver’s seat and steering wheel, so getting comfortable is easy. Our only complaint is that adjustable lumbar support isn’t available – not even as an option. Front visibility is good, although looking through the split-level rear window takes some getting used to and it’s fortunate that a rear-view camera is standard on all models. The rising shoulder-line does limit over-the-shoulder visibility a bit, but blindspot monitoring is an option.

The Eclipse Cross has a 7.0in infotainment screen that projects from the top of the dash. It’s operated through a touchpad controller between the front seats, which we found pretty easy to use and preferable to stabbing at a touchscreen on the move. However, the screen resolution is a little on the fuzzy side and the menus aren’t the most intuitive.

It’s also worth mentioning that, while a DAB radio, Apple CarPlay and Android Auto smartphone mirroring are all standard, there’s no sat-nav option. While you can work around this by using the sat nav app on your smartphone through the infotainment system, you might struggle in areas of poor reception, or if you’re running low on data. 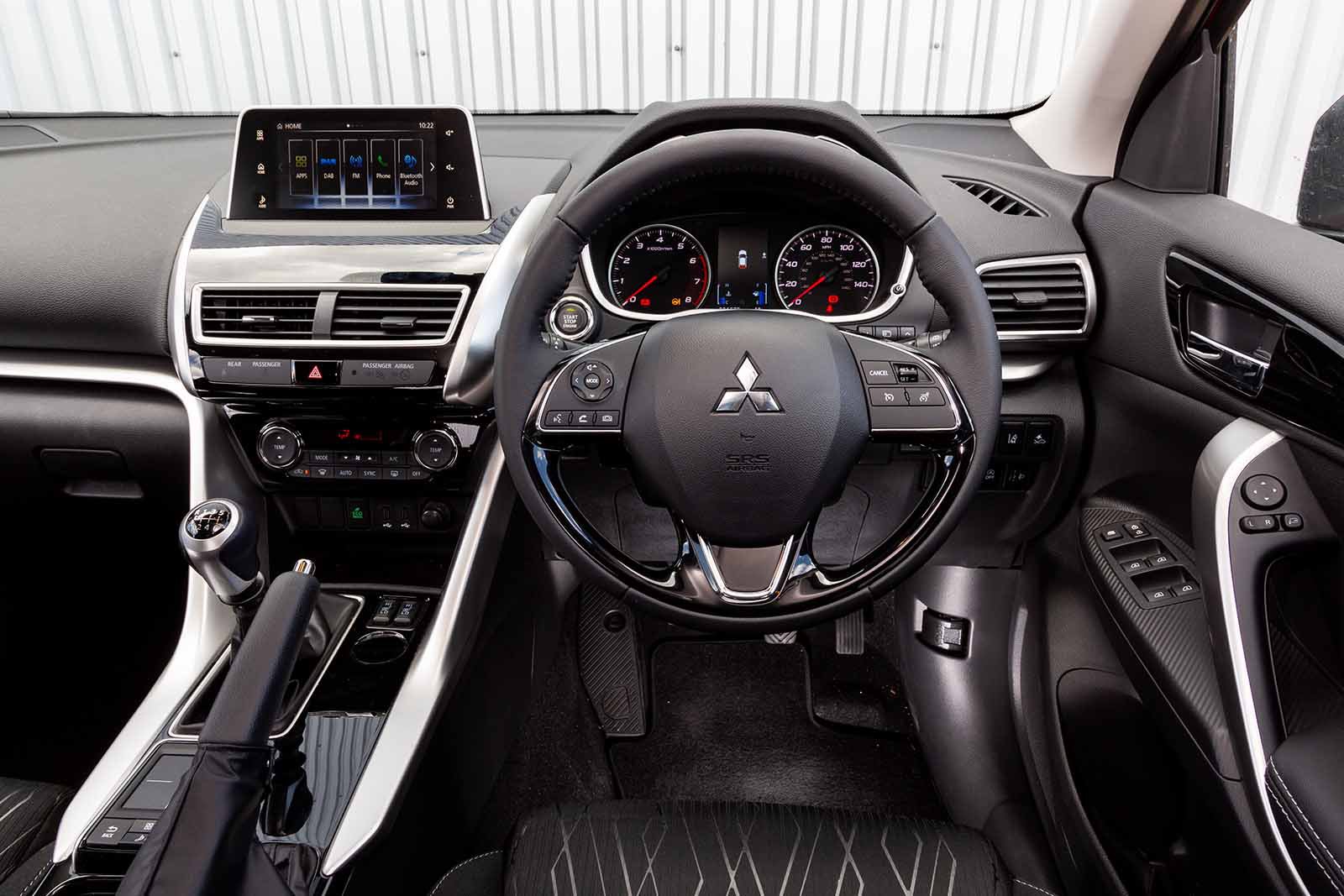